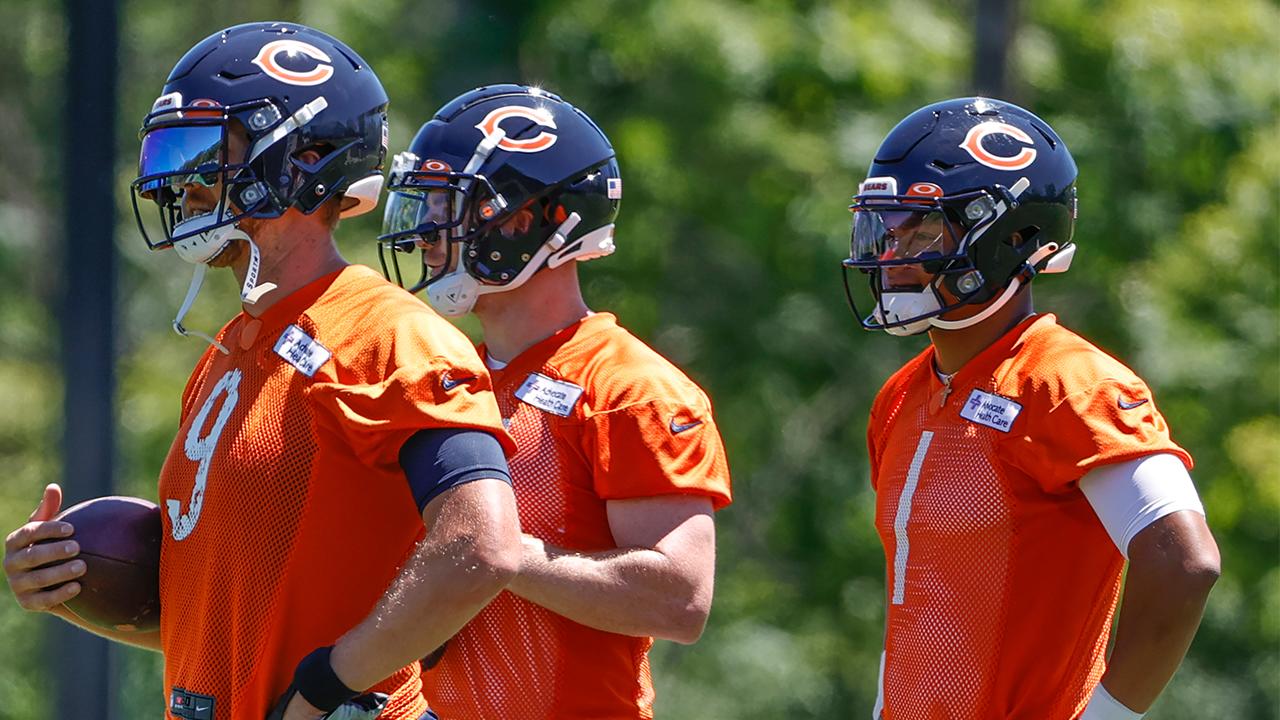 This certainly won’t help the quarterback controversy in the Chicago Bears‘ training camp.

Madden 22 ratings are out, and rookie quarterback Justin Fields (74) is rated higher than both Andy Dalton (72) and Nick Foles (70).

Now it’s narrow, but if Madden ratings translated into real-like Fields should be starting. Fans are eager to see Fields play and start after the Bears traded up in the draft to get the passer.

Fields scores highly in speed throwing power (92), accuracy (90) and speed (90). Those numbers are higher than Foles and Dalton in every category.

His awareness rating is 62. Dalton and Foles both have a 72 rating for awareness.

For Chicago, the hunt for a franchise quarterback has been a decades-long quest and Fields could be the player to end that drought.

Bears head coach Matt Nagy and Ryan Pace have been steadfast that Andy Dalton is the starting quarterback and Fields will sit and learn in season one. Nagy also hasn’t firmly shut the door on Fields playing during the 2021 season, just strongly pushed back on it.

Nagy and Pace continually point to the Patrick Mahomes development plan, which saw Mahomes sit his rookie season behind veteran Alex Smith. Mahomes started a meaningless game in Week 17 of that season.

But if you log onto Madden, Fields looks to be the starting quarterback. Which could just be more marketing savvy from EA Sports than anything else. Bears fans playing the video game want to play with Fields, not Dalton.