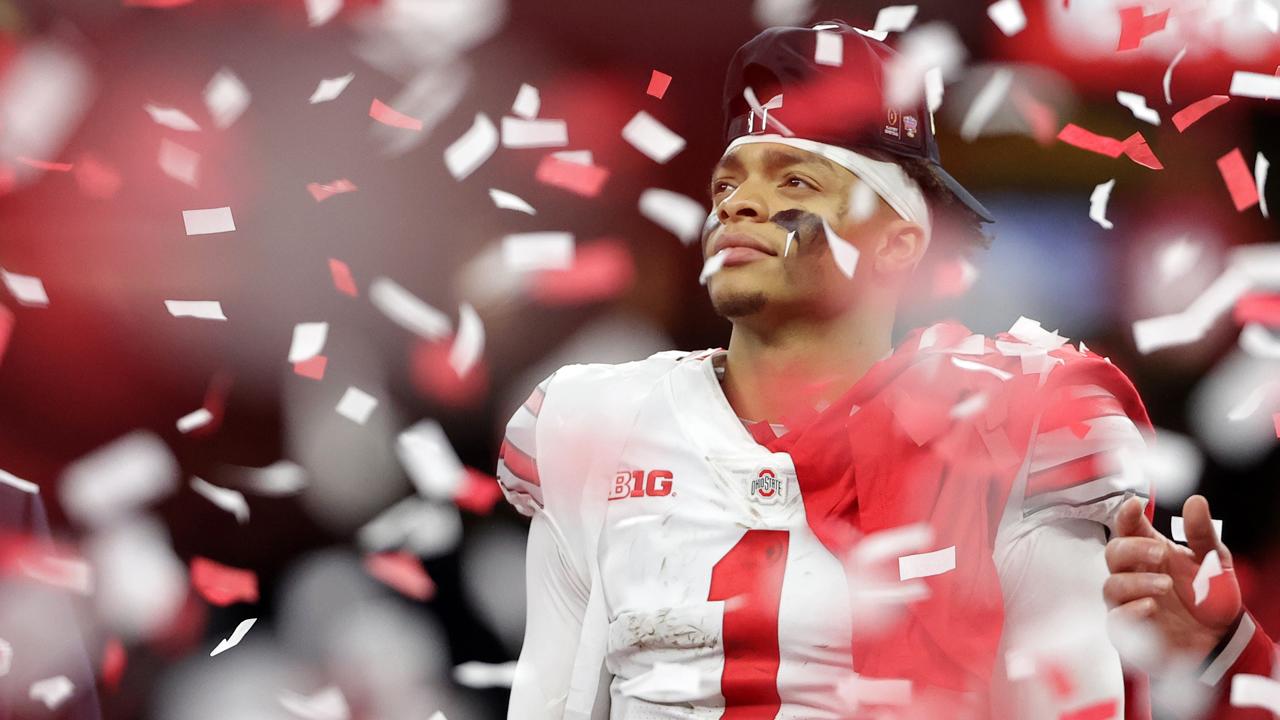 There isn’t expected to be much drama with the No. 1 overall pick in the 2021 NFL Draft, as Clemson’s Trevor Lawrence is pegged by most to join new coach Urban Meyer with the Jacksonville Jaguars.

While most figure BYU’s Zach Wilson will be the next selection by the New York Jets, ESPN NFL analyst Marcus Spears would go another direction with the No. 2 pick.

“Um, Justin Fields,” Spears said on ESPN’s “Get Up” Monday. “The guy at Ohio State, who played against the competition like I mentioned before and played well. Obviously he has things to work on and I see the talent that people are talking about in Zach Wilson. … To me, [Fields] has been the second quarterback in this draft.”

No matter how the top two picks shake out, the 49ers figure to be in fine position in this year’s quarterback-rich draft. If Fields goes second, that would leave the 49ers with their pick between Wilson, North Dakota State’s Trey Lance and Alabama’s Mac Jones.

Spears’ defense of Fields doesn’t hold much weight, though, if recent history is any indicator.

Playing quarterback for THE Ohio State in the Big Ten doesn’t automatically qualify you for success in the NFL. On THE contrary, the Buckeyes signal-callers have been quite bad in the league, dating back for decades.

For a recent sample size, take a look at the quarterbacks the program has produced the past 15 years: Dwayne Haskins, Cardale Jones, Terrelle Pryor and Troy Smith. That’s not a who’s who list of NFL QBs — more like a ‘Who?,’ list.

The aforementioned quartet has a combined 7-21 record as starting NFL quarterbacks.

Justin Fields is Justin Fields. He’s not Haskins or Jones or Pryor or Smith. But he needs to prove his worth just like everybody else.

“I just remember coming off of the NFL season where we were talking about guys like Justin Fields taking the jump,” Spears said. “We were looking at Justin Herbert. We were looking at Josh Allen. We were looking at a lot of guys with flaws with these physical attributes that went into the NFL, it took them a couple … it took ‘em a little while to develop but then we saw what they could do because of that other part of their game, and that’s being uber athletes.”

It’s ironic that Spears also cites Allen in his defense of Fields, since the Buffalo Bills quarterback played at Wyoming of the mid-major Mountain West Conference before emerging as one of the league’s top players this season.

So should everyone be writing off Lance since his last full season was in 2019 against FCS competition?

In the end, college competition is a nice barometer and fodder for hot takes, but gets forgotten in the context of one’s NFL career. The 49ers shouldn’t shy away from Lance or Wilson because they didn’t play in a Power 5 conference, but rather trust their player evaluation.

Winning matters. Jones deserves credit for winning a national championship last year. But winning in the NFL is obviously a different beast.

And does anyone remember the Pac-10 competition Aaron Rodgers faced from 2003 to 2004? Does that matter now? Probably not.