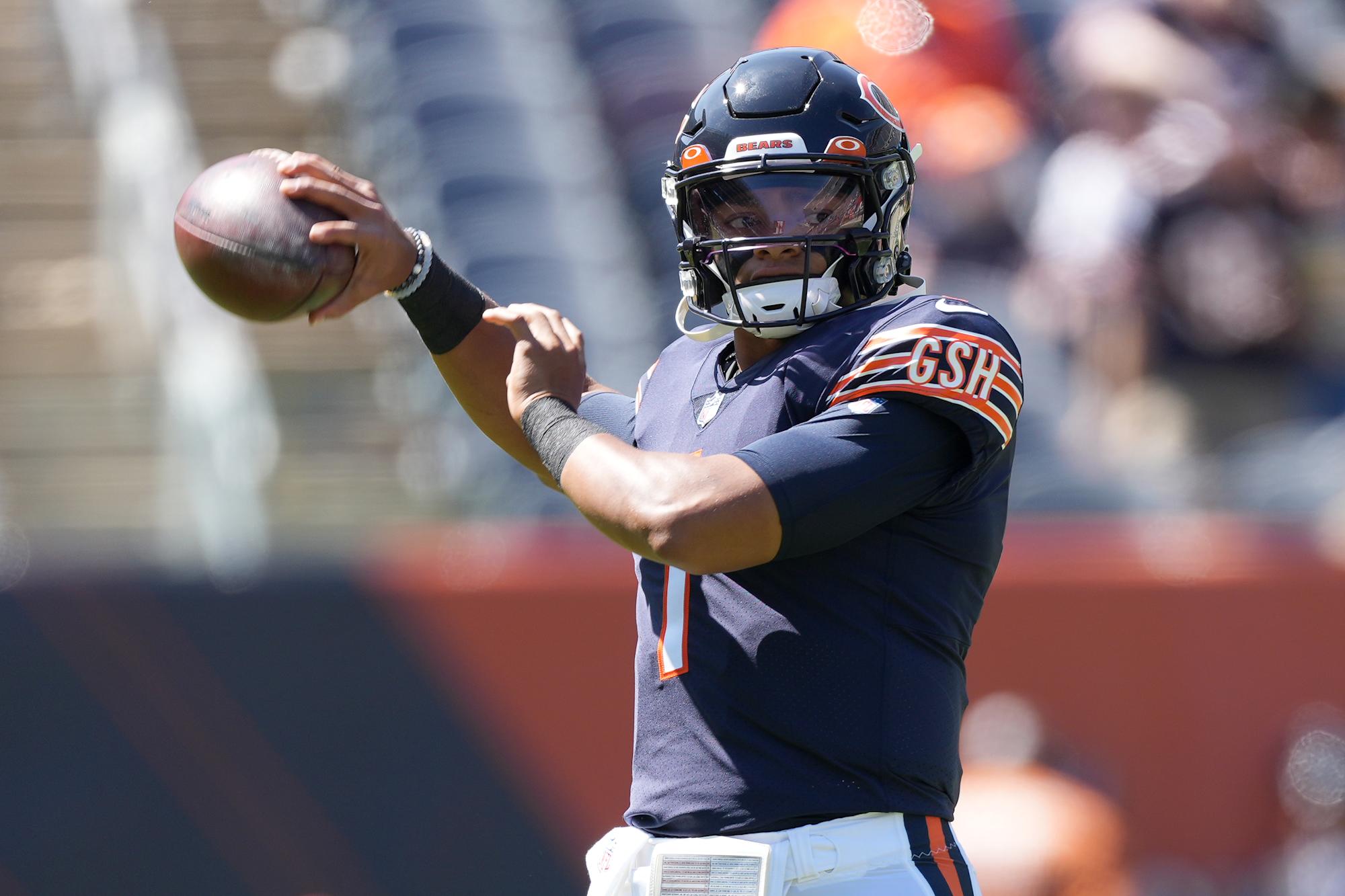 For the first couple drives, Chicago Bears fans had an all too familiar experience Saturday. After months of optimism surrounding the selection of quarterback Justin Fields with the No. 11 overall pick in the 2021 NFL Draft, Bears fans briefly wondered if their faith was misguided.

That didn’t last long. Fields rebounded from three rough drives to lead the Bears to two straight scores, the second of which resulted in Fields’ first touchdown in the NFL.

Fields’ first NFL score looked awfully familiar to anyone who watched Fields at Ohio State. After pass protection broke down, Fields shoved a defender out of the way, got away from containment and ran into the end zone for the touchdown.

That success carried over to the next drive, when Fields threw his first NFL touchdown to give the Bears a lead.

At that point, the Bears turned things over to Fields, who received a standing ovation from fans as he took the field.

Things didn’t look promising at first. Fields’ first drive was marred by two straight false starts by the Bears. Fields was able to complete two passes, but the Bears failed to pick up a first down.

The second drive wasn’t much better. Fields threw three incompletions, resulting in yet another three-and-out for the Bears. One of those throws nearly resulted in a long completion down the right side of the field, but the defender made a great play to break up the pass.

The third drive was a low point for Fields, who nearly threw an interception on a deflected pass and fumbled on a scramble. Fields was able to recover the fumble, but the Bears once again punted after three plays.

With 40 seconds left in the second quarter, Fields settled in. He managed a 7-play drive that resulted in the Bears scoring three points before halftime.

That proved to be the turning, as Fields looked like the player Bears fans have been desperately yearning for the next couple drives.