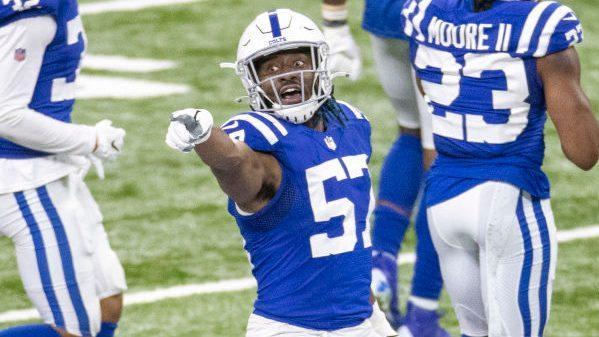 The Colts made it clear that they considered pass rush a need with their top two picks of this year’s draft.

Kwity Paye and Dayo Odeyingbo were their top two picks after a free agency period that saw Denico Autry leave for Tennessee and Justin Houston fail to land with any team. The door may not be fully closed on a Houston return, but the Colts haven’t made any outside moves to bolster the rookies.

Part of the reason for that may be their hope for a full return from Kemoko Turay. The 2018 second-round pick was showing signs of becoming an effective player before ankle injuries limited him to 11 games the last two seasons. When he was on the field in 2020, it was clear that he wasn’t 100 percent and he had another surgery this offseason in hope of returning to form.

Turay said this week that he felt he rushed back last year and that “the plan” is to get to full speed for camp.

“I’m focused on my ankle, focused on everything around – paying attention to the details of what’s going on during OTAs, getting closer with the boys,” Turay said, via Joel A. Erickson of the Indianapolis Star. “Control what I can control on my side on and off the field — asking questions about things I need help with. Just being a student of the game until I come back.”

The Colts made a bet on quarterback Carson Wentz rebounding this season, but a toothless pass rush would work to undermine offensive success so a healthy and effective Turay would be a welcome addition in Indy.