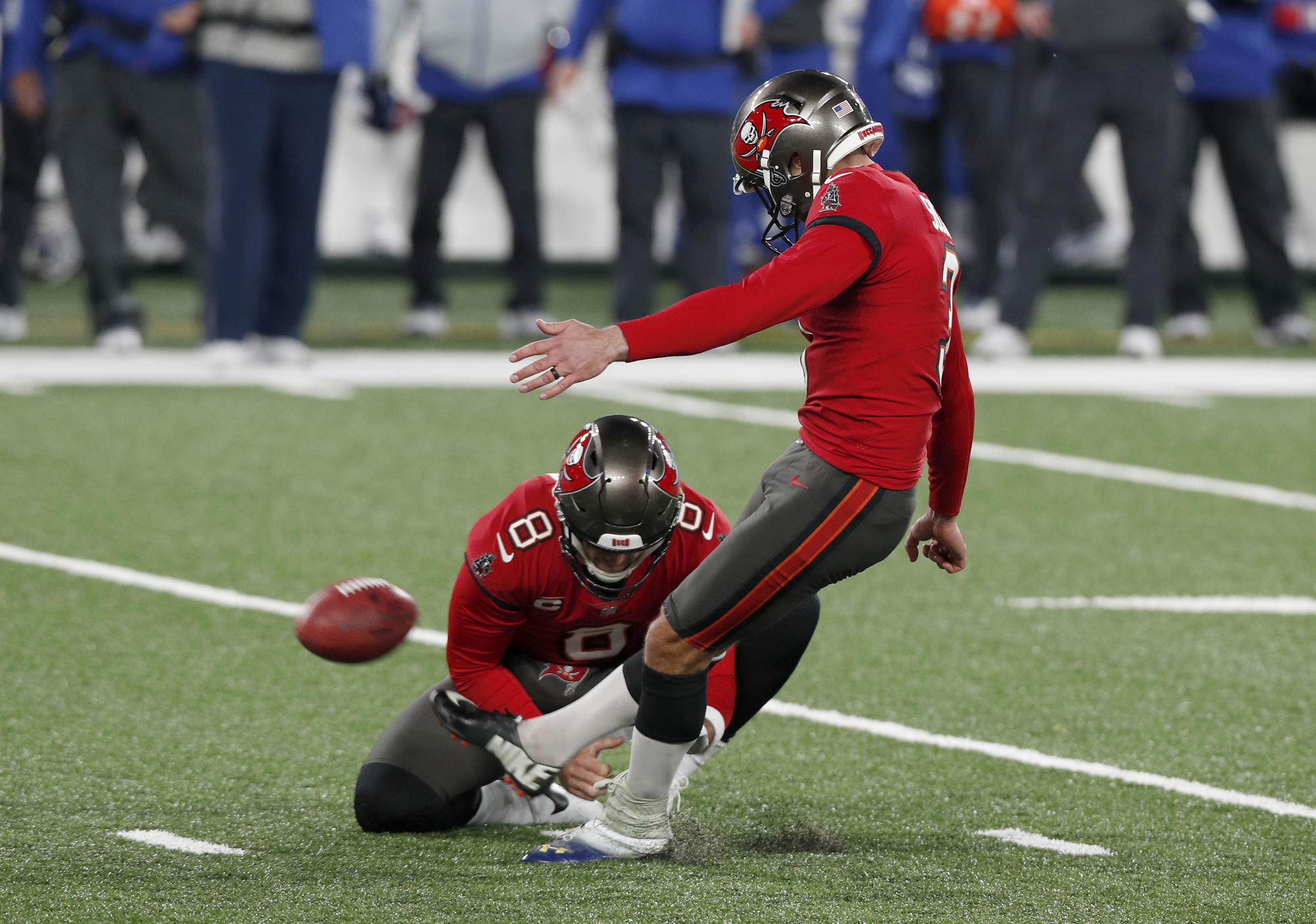 As it does every year, the anti-kicker sentiment has reared its head across all social media platforms for the 2021 season. Many leagues around the globe still utilize kickers in seasonal formats, however, and as per usual, I’m here to assist with draft prep so that you can maximize your points from week to week — because every single point matters when it comes to fantasy football.

By looking at various predictive categories for NFL offenses, we can get an idea of which kickers will be successful ahead of the 2021 season. I am someone who streams my kicker from week to week so really only look to Week 1 when selecting my leg on draft day, but if you are looking for one guy to roll with for most of the season, I have you covered here, as well.

Finding teams with high implied point totals and those that are favored (preferably at home) are ways to predict a kicker’s potential outcome from week to week. Since it’s too early to get implied team totals beyond Week 1 — which we’ll get to later in this piece — I looked at every team’s weekly projections for the season to determine this top tier of legs:

The Chiefs are favored by five or more points in 12-of-17 contests this season — in fact, they are favored over their opponent in all but one game, which is a Week 2 pick-em against the Ravens. These projections include three double-digit spreads, with 11 of them over a touchdown. Harrison Butker should have ample chances to kick this season and is a guy you can draft and leave in lineups with confidence.

The Bucs, Bills, and Ravens all boast 11 games where they’re favored by five or more points. Ryan Succop is at home for seven of those contests and Tampa Bay is projected to win by over a touchdown in seven total tilts in 2021.

Tyler Bass ended his rookie campaign as K4 in total fantasy points and is still a member of one of the highest projected scoring offenses heading into this season. Of the 11 games where Buffalo is favored by more than five points, nine of them are home games, which is every single game held at Highmark Stadium this upcoming season. Fire up Bass with zero hesitation.

Justin Tucker is as consistent as they come, finishing among the top four in kicker fantasy points in five of the last six seasons, with a K8 finish last year. The Ravens have three contests with a spread larger than a touchdown, and six home games where they are favored by more than five points.

Dallas is favored in every contest taking place in Jerry World this season, with six of those eight by five points or more. Greg Zuerlein is another kicker who’s regularly at the top in fantasy points, and last year on a new team, he set a career-high in field goal attempts (41) and converted them at an over 80% rate for the fourth time in five years. The Cowboys shouldn’t struggle on offense as much in 2021, but Greg the Leg will still provide a solid weekly contribution to your fantasy squad.

Honorable Mention, Mason Crosby, Packers: Assuming Aaron Rodgers is under center, GB boasts 10 games with a spread of five points or higher, including two games against Detroit and two versus the Bears. Crosby was perfect in 2020 in field goals and makes for a decent seasonal kicker.

This next tier is full of kickers who may not be on the highest-performing offenses in the NFL but still manage to put up quality numbers throughout the season. These are solid weekly starts if you’re not wanting to stream the position, but don’t want to waste anything but a last-round pick on a kicker.

Rodrigo Blankenship had a strong rookie campaign, missing only five kicks inside of 50 yards all season, and that’s including extra points. The Colts have a new QB under center but play in a scoring-friendly division. Indy is favored by five or more points in five matchups, with four of them featuring spreads larger than a touchdown.

Younghoe Koo doesn’t necessarily fit the process, but we can’t deny the results. He put up K1 numbers in 2020, with a 92% completion rate in extra points and 95% on-field goals, plus his 39 field goal attempts were tied for second behind only Zuerlein. Matt Ryan-led offenses have a tendency to produce solid fantasy kickers, and this season should be no different.

The Dolphins were in the middle of the pack in total points scored last season (15th) but Jason Sanders was highly accurate, translating to a K1 tie in fantasy points with Koo on the year. Sanders hit 36-of-36 extra points, was perfect inside the 40-yard line, and only missed three field goals beyond that. Miami should be an improved offense from 2020 and could land him near the top in fantasy production again this season.

It’s tough to conceptualize tying your kicker points to the Raiders’ offense, but Daniel Carlson appears to be the real deal. Despite a .500 season, Carlson was K3 in fantasy points and is coming off a 94% conversion rate in field goals, along with making 96% of his points after touchdown.

As I mentioned above, I prefer to stream my kickers from week to week, so I usually draft based on Week 1 matchups and always in the final round. Since the odds for the first week of the 2021 season are already out, I figured I’d share my top picks for those who choose the same approach.

You won’t find the elite names here since they’ll be drafted — and most likely too early at that.

With new QB Matthew Stafford at the helm, the Rams boast a decent 25.75 implied team total and are favorites by a touchdown at home. Gay may fly under the radar in drafts and makes for a solid Week 1 leg.

The 49ers are road favorites by 7.5 points in this NFC matchup, against a Lions team that is projected to lose every single game in 2021. San Francisco has an implied total of 26.75, which should provide ample chances for Gould to add to your weekly total.

Hot Rod may get drafted before you have a chance to snag him, but the change at QB could have some people a little gun shy this season. The Colts will face Seattle at home in Week 1, where they have the fifth-highest implied total on the week currently set at 27.25. Indy is a 2.5-point favorite in this contest and Blankenship should start off with a productive outing.

Sam Darnold’s revenge week has Carolina posted as four-point favorites at home, with a hearty 26 implied team total to start the season. Slye should put up some decent numbers and will most likely be overlooked unless there’s a Panther fan in your league.

The Titans are home favorites by 2.5 points and are projected to put up 26.75 points in the victory. It’s unclear if McCann will still be the starting kicker by the time the regular season kicks off, but for now, he’s their guy and makes for a decent Week 1 streamer.

[Visit 4for4, where 92% of subscribers made the playoffs, for more]

A proud alumna of the UGA Grady College of Journalism, Jennifer Eakins has been working in the sports industry for well over a decade. She has had stints with CNN Sports, the Atlanta Hawks, and the Colorado Rockies. Her first fantasy football draft took place in 1996 where she selected Ricky Watters with the first overall pick, and she has been a fantasy degenerate ever since.

This article appeared in its full form on 4for4.com

More from 4for4.com: 12 winners and losers in PPR formats

Stay ahead with 4for4 Fantasy Football’s accurate rankings, advanced tools and data-driven content.