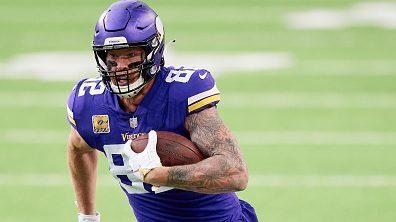 After word of an issue with tight end Kyle Rudolph‘s foot during his physical with the Giants delaying the finalization of his contract broke on Tuesday, PFT reported that the expectation was that everything would be worked out on Wednesday and that Rudolph would still sign with the team.

That’s how things have played out. Ian Rapoport of NFL Media reports that Rudolph has now signed his contract with the team.

Rudolph agreed to a two-year, $12 million deal that included a signing bonus of $4.5 million. (It’s our unconfirmed understanding that the deal was not changed before it was signed.)