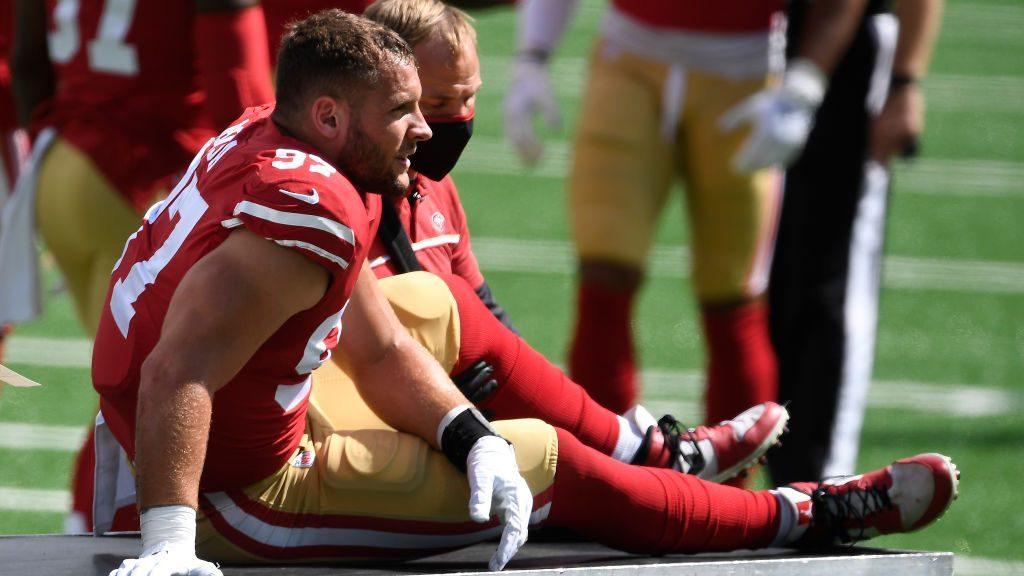 That was a big problem for the team last year as defensive end Nick Bosa was one of several players that ended up on injured reserve last year. Bosa sustained a torn ACL in a Week 2 game against the New York Jets and was lost for the season. Head coach Kyle Shanahan said on Tuesday that Bosa is tracking to be ready for the start of training camp in July.

“Nick’s in Florida,” Shanahan said, via Nick Wagoner of ESPN.com. “I’ve been talking to Nick since February on this. He came out in February for a while to get checked up on his knee and stuff. With him coming off the ACL and everything, it’s going great. … He’s got a good setup out there with his brother and the guy who works with his knee. They’re in contact with our guys all the time and just didn’t want to take him off his routine right now. I totally agree with him out there. He’s going to show up at some time during this, but he won’t be going out there doing anything coming off the ACL, but we fully expect him to be ready for training camp.”

Bosa helped make the 49ers one of the best pass rushing units in the league during his rookie season in 2019. With Bosa and fellow pass rusher Dee Ford injured for all but three games combined last year, they fell into the bottom third of the league in sack production. Bosa’s return to the lineup should help make the 49ers contenders again in the NFC West.