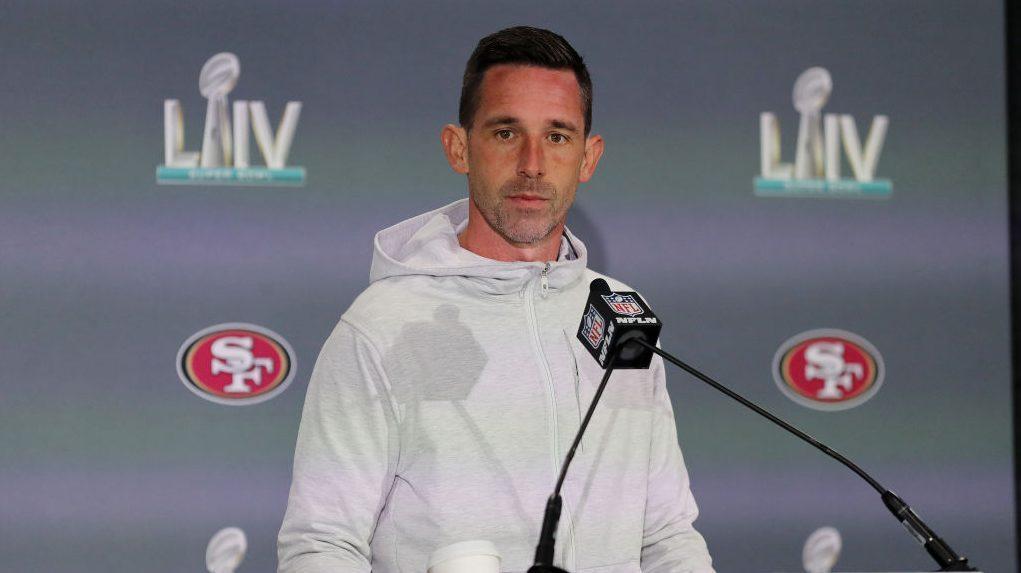 Kyle Shanahan has been the head coach of the San Francisco 49ers for the last four seasons. However, Shanahan nearly scrapped an interview with the team while he was getting multiple requests while the offensive coordinator of the Atlanta Falcons in the lead up to their Super Bowl appearance at the end of the 2016 season.

In an interview with Los Angeles Rams head coach Sean McVay and Peter Schrager of the NFL Network on the Flying Coach podcast, Shanahan said he was close to canceling his scheduled interview with the 49ers.

Shanahan looked at the situation with the 49ers that had no clear path ahead at quarterback and a team that ranked at the bottom of the league on both sides of the ball in 2016.

“So when I looked at San Francisco, I was nervous because they didn’t have that setup, and they had changed coaches three years in a row,” Shanahan said. “Their offense was ranked 31st. Their defensed was ranked 32nd. It wasn’t the best situation.”

Shanahan kept the interview and found agreement from owner Jed York and president Paraag Marathe on the issues the team faced and the way they intended to address those shortcomings.

“My wife asked me which [team] I liked the most,” Shanahan said. “I’m like, ‘Actually, the Niners is the only one I really feel good about,’ and it shocked her because she knew how I talked the morning before.”

It also helped that the 49ers gave Shanahan all the conditions he wanted to accept a job, which included say on who the general manager would be and contract length.