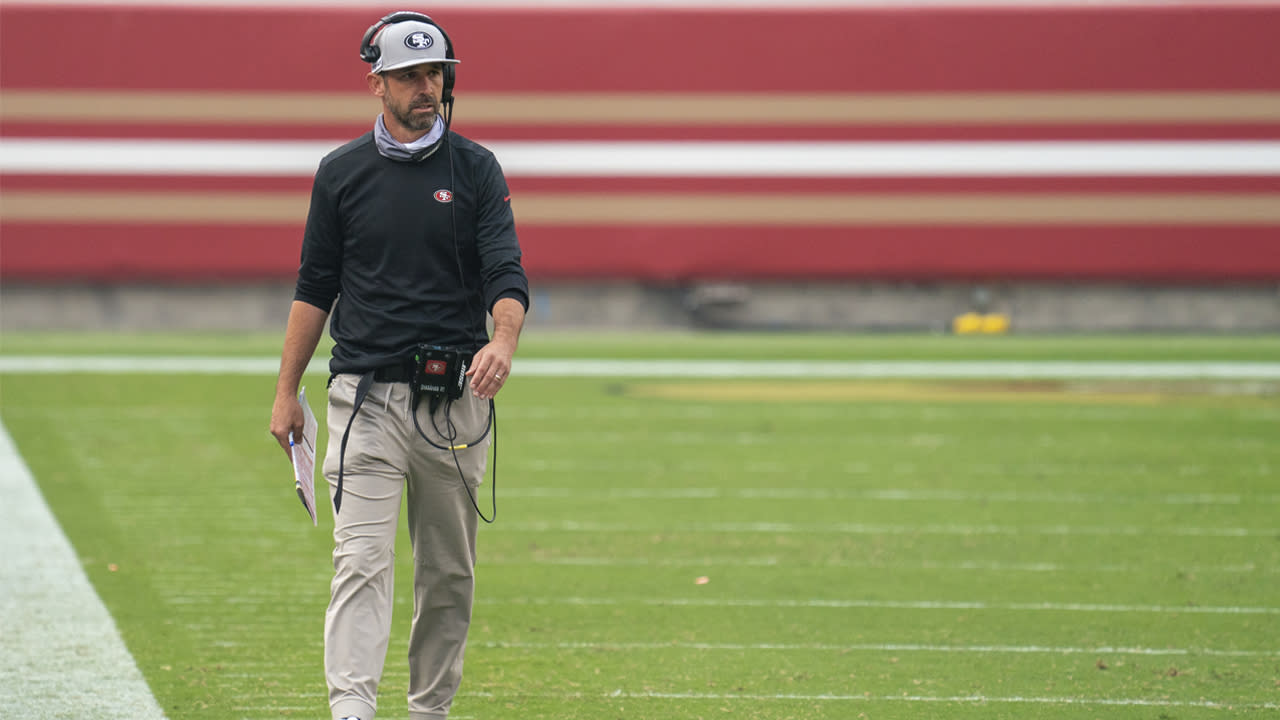 Kyle Shanahan seems to be surrounded by people who want to give him their 49ers takes.

The 49ers coach revealed last month that, before the 2021 NFL Draft, fellow restaurant patrons and officials at his children’s sporting events let him know who they thought the team should pick.

He apparently can’t escape the takes in his inner circle, either.

After the 49ers’ schedule was released last week, Shanahan heard from a lot of the people he’s closest to.

“My wife (Mandy Shanahan) when I get home, she dissects everything, tells me what our record’s gonna be,” Kyle Shanahan said last week on “The Michael Irvin Podcast.” “So do all my friends and stuff.”

Not many professions are as publicly accessible to one’s friends and family as being an NFL head coach is, and Shanahan — himself the son of a former coach — surely knows as well as anybody that this is just a part of the deal.

The 41-year-old even understands his wife and friends’ impulse to predict. Shanahan said he “used to do a ton” of prognosticating about his team’s schedule, eventually learning that the best-laid plans can go in unexpected directions since the NFL “just changes too much” from year to year.

“I’ve sat there and studied Week 2, Week 3 opponents before,” Shanahan said. “You do that stuff all summer. By the time that week comes, that whole thing that I did is completely gone because our team is different from what I envisioned [then], and that changes every week. That’s why I don’t dive into that schedule too much.”

The 2020 49ers proved why it’s foolish to look too far ahead. Star defensive lineman Nick Bosa sustained a season-ending injury in Week 2, while quarterback Jimmy Garoppolo played only four games after sustaining a high ankle sprain that same week.

Those injuries, among many others, fundamentally changed the outlook of the 49ers’ season. By the time Garoppolo sustained another ankle sprain in Week 8, the 49ers had fallen from preseason favorites to the middle of the pack.

So Shanahan’s wise not to look at the schedule and circle presumptive wins and losses. His friends and family seem more than happy to do it in his place.