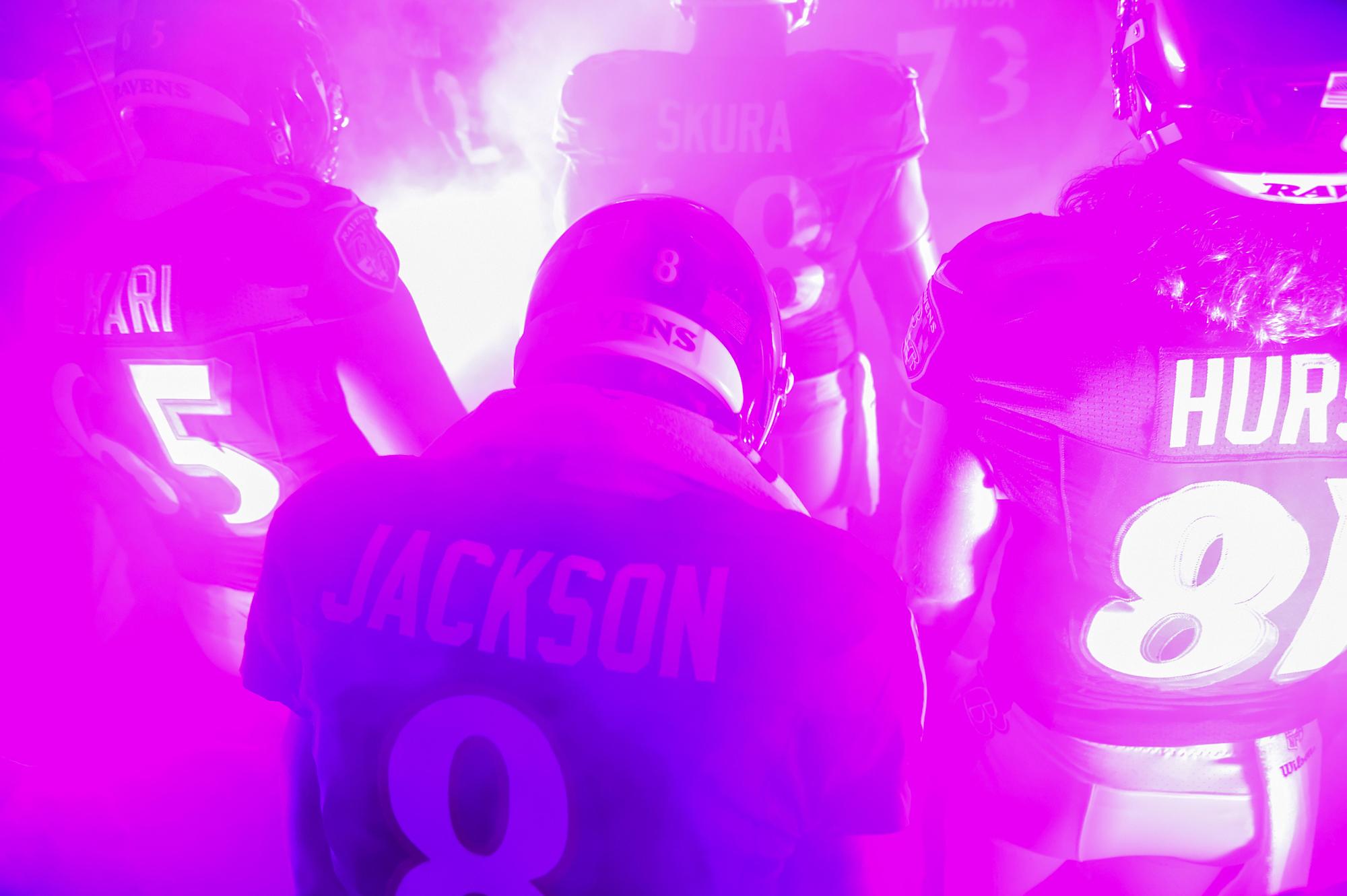 When the Baltimore Ravens selected quarterback Lamar Jackson with the 32nd overall pick in the 2018 NFL draft, they knew they were getting a player with an extreme amount of potential. Fast forward to today and Jackson is entering his fourth year in the league, has won a unanimous MVP award, and has broken countless records.

However, one thing he hasn’t done is win a Super Bowl. In fact, he hasn’t even advanced past the Divisional Round in the playoffs. Jackson has been extremely consistent in the fact that he continues to show that he is hungry to win a championship in Baltimore, even dating back to the moments after he was drafted.

Jackson has used the losses he’s sustained in the playoffs as motivation, and it seems like he’s all in on winning now. When asked about the thought of winning a Super Bowl impacts what he does during the offseason, Jackson made it clear that a championship is on his mind for a good amount of time.

“Man, because we fell short three years in a row since I’ve been here. And I’m always seeing teams, when they get there, it’s hard work, preparation, stuff like that. We’re watching highlights and stuff like that on TV. And it’s like, when they win it, it’s like your whole life just changed. It’s not even a change; it’s like the excitement I see. The feeling … Like holding the [Lombardi] Trophy up and stuff like that. So, I chill during the offseason. I’m going to work, but I chill just focusing in on that, if that makes sense. I’m trying to … I don’t know; my mind is just different. I’ve got to get it. I’ve got to get one – at least one.”

The former University of Louisville quarterback has put in countless hours of preparation to make sure he can do everything in his power to win, and for him, he’s made it clear that it’s a constant grind. His attitude and mindset is contagious around the building for his Ravens teammates, as players like Marquise Brown have said that the winning and securing a Super Bowl is a constant topic of conversation.

With how hungry Jackson is to win and how skilled of a player he’s become, it’s almost hard to imagine the quarterback not winning a Super Bowl in his NFL career. Entering the 2021 season, he has more weapons than ever, a dominant ground game, and with improvement in his game could propel Baltimore to a championship this year. However, even if a Super Bowl victory isn’t in the cards for him in 2021, with his work ethic, he’ll always come back stronger and more motivated to achieve his goal.