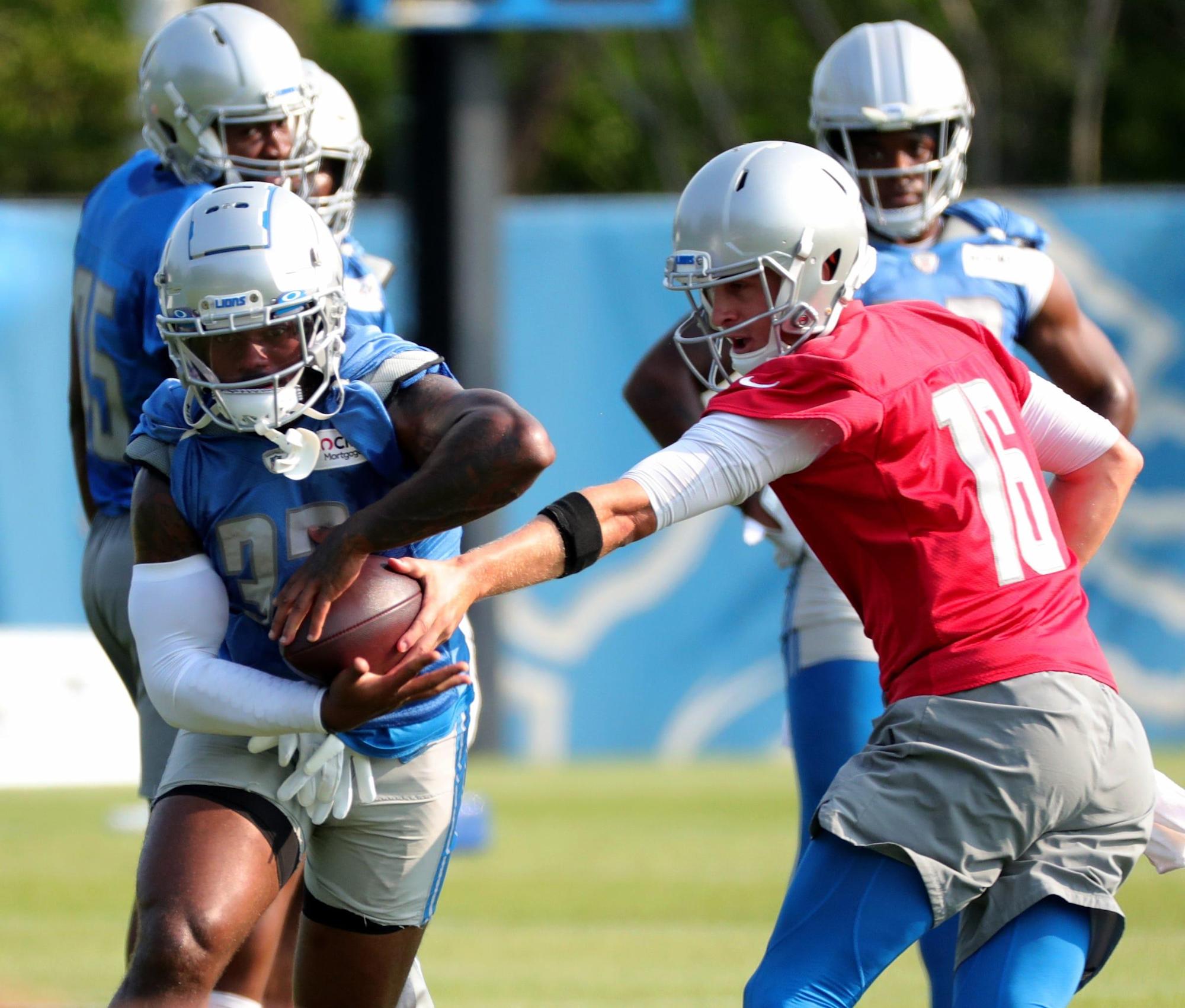 D’Andre Swift has practiced sparingly this summer while dealing with a lingering groin injury, and now there’s concern the injury could affect his availability for the start of the regular season, too.

Detroit Lions coach Dan Campbell said Tuesday he is not yet sure whether Swift will be full go for the team’s Sept. 12 opener against the San Francisco 49ers.

“Swift concerns me a little bit just with getting his wind back and being able to take a blow and how much can he (play), where he’s at,” Campbell said. “He’ll be out here (practicing Tuesday). He’ll be more involved than he’s been. But those are the (injuries I’m worried about), to be honest with you.”

He returned for Monday’s one-on-one period — where he ran routes on linebackers in passing drills — but has not played in either of the Lions’ two preseason games and will not be available for Friday’s exhibition finale against the Indianapolis Colts.

The Lions plan to use Swift as the lead back in a running back rotation that also will include Jamaal Williams. Williams has taken the majority of No. 1 reps in his absence.

“Look, I’ll state the obvious here: He’s got ability, and there’s things that we feel like we can do with him offensively that will really benefit us,” Campbell said. “But we don’t know if he’s going to be there. We don’t know if he’ll be there. We don’t know, even if he is, how much we’re going to get out of him. And until we get him out to practice on a consistent basis, we won’t know that. So that’s just really the truth of it. That’s where we’re at.“

Swift is one of three key players whose availability for Week 1 remains in question.

Defensive tackle Da’Shawn Hand has been out since leaving an Aug. 10 practice with a groin injury, and fellow defensive lineman Michael Brockers has practiced infrequently this summer for undisclosed injury reasons.

Hand, who has missed 19 games the past two seasons with an assortment of injuries, appears to be a long shot to be ready for Week 1.

“Obviously ended up being a little more than we thought it would be,” Campbell said. “So he’s going to be out here for a little bit. There again, we’re kind of hoping that this thing, maybe we get him back before the season starts but we’ll see where it goes.”

On Monday, Campbell said he’s hopeful Brockers will be ready for the 49ers but admitted his return is coming “at a snail’s pace right now.”

“The fear is that if you put him in too early right now, do we take away everything that we’ve gotten, the gains that we’ve gotten by holding him?” Campbell said. “I think that’s the tough trick right now. I know this, if you said we had to play right now, he’d go play. But yet, if we thought we could get him to that almost 100% range by holding him a little bit more, is it worth it? Well, knowing that we got a long season and he’s played a lot of football, I just tend to be a little more conservative with him, that’s all.”

Hockenson wore a red jersey at practice Monday but had his most extensive workout since early August, and Campbell said he practiced enough earlier this summer that he has less ground to make up.

The Lions have not yet started preparations for the 49ers, and may not do that until they return from a three-day break next week.

“Our coaches have already begun — they’ve gathered thoughts, that’s the best way to say it,” Campbell said. “But like, I don’t even want us focusing on them right now. To me, that is, as far as our team is concerned, that major focus will come after the Colts. That’s when we’ll begin a little bit.

“I want our focus to be Detroit versus Detroit. We need to get better at what we do before we worry about San Francisco.”

This article originally appeared on Detroit Free Press: Lions’ Dan Campbell: D’Andre Swift may not be ready for Week 1