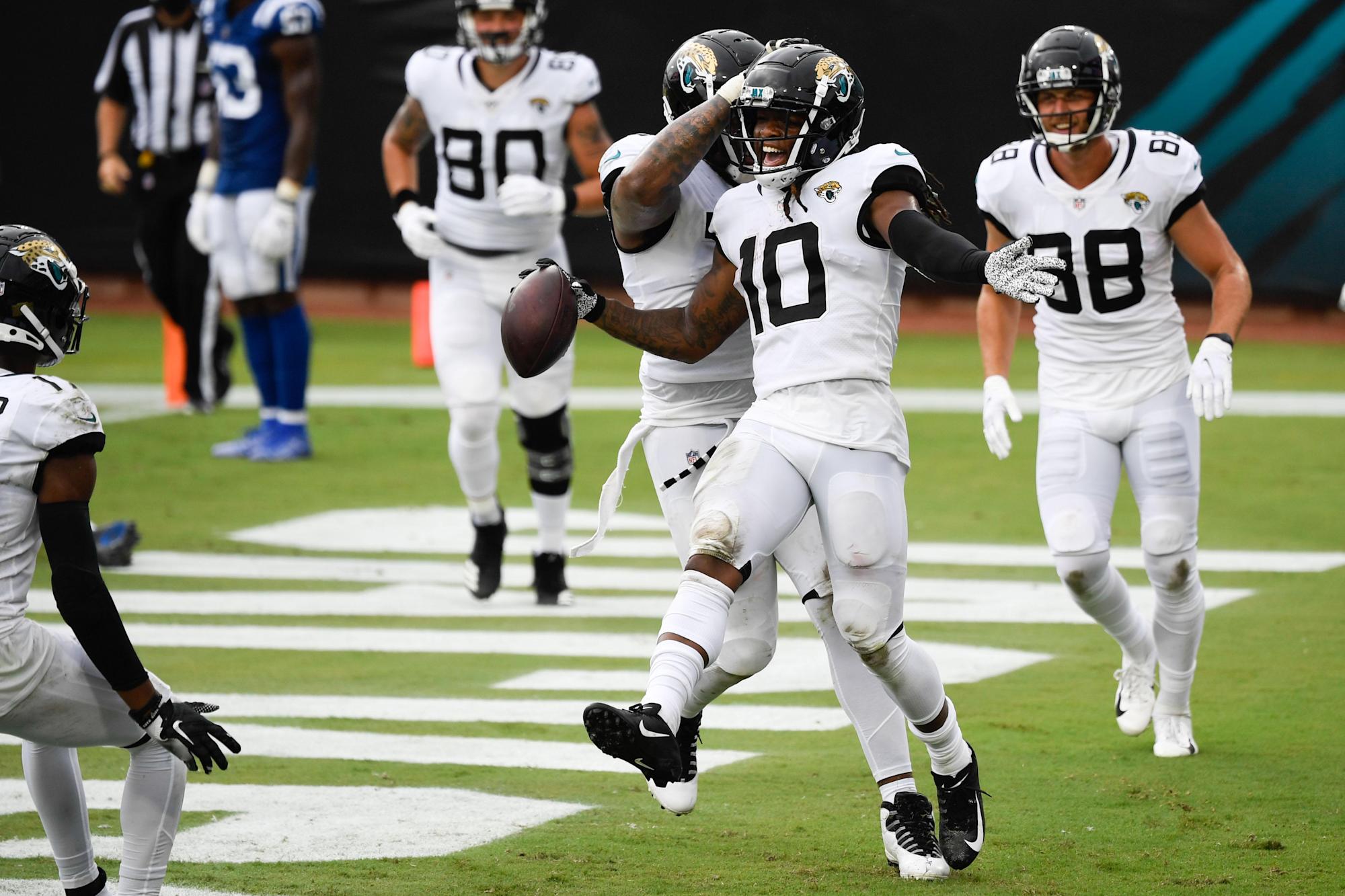 With the NFL loosening their jersey number rules, several players on the Jacksonville Jaguars roster could end up changing their numbers. Among those contemplating a change is second-year receiver Laviska Shenault Jr., who appears to have his eye on the No. 2.

On his Instagram page, he posted an edited picture with him donning the number in the Jags’ all teal combination, which may be a sign of what’s to come in the regular season.

For the fans who’ve followed Shenault, the No. 2 was the number he wore while with Colorado in college. He also wore it at times in high school as a member of the DeSoto High Eagles.

When Shenault posted his picture, some of his teammates chimed in like receivers Colin Johnson, who appeared to give the change a thumbs up, while DJ Chark suggested that his current number (10) is better.

However, according to ESPN’s Kevin Seifert, changing numbers could cost Shenault some money if he wants to do it this year. He’d have to buy out the existing inventory of jerseys with his old number, but could avoid having to pay a fee if he waited until next year and notified the league this year.

Shenault’s change this season could depend on if he has a large number of jerseys made with his current number. With young players making significantly less than the veterans, it wouldn’t be shocking to see Shenault stick with the No. 10 for 2021 to save himself some money as he plays on his rookie contract.