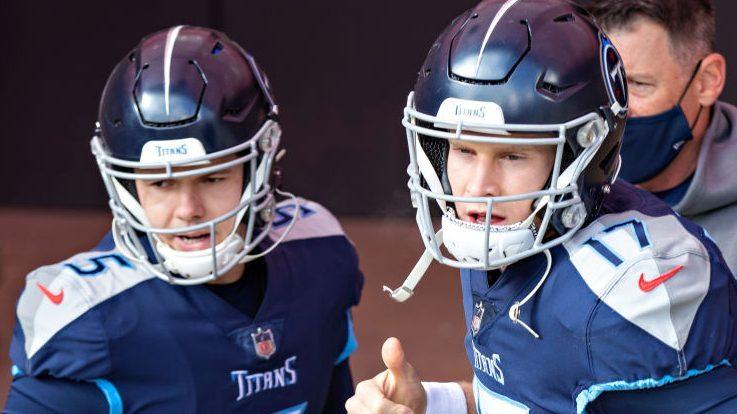 When the Titans traded for Julio Jones, they were making a clear statement that they view themselves as Super Bowl contenders. But one event that has the potential to derail those hopes is an injury to starting quarterback Ryan Tannehill.

Tannehill has stayed healthy since becoming the Titans’ starter during the 2019 season, but if Tannehill goes down, the only other quarterbacks on the roster are Logan Woodside and DeShone Kizer. For his part, Woodside believes he’s up to the task if called upon.

“I know that there’s going to be competition and that’s great and that’s how it should be,” Woodside told the Nashville Tennessean. “I think that just the opportunity that the Titans have given me, I’m extremely grateful and I’ve just tried to not want to let them down. So every day, I’ve just tried to go in and have a great attitude and find ways to get better each day and never take the opportunity for granted because the margin of error is so small in this league.”

A former seventh-round pick of the Bengals who also spent time on the San Antonio Commanders of the Alliance of American Football, Woodside knows some would doubt whether he’s equipped to be an NFL starter, but he’s confident in himself.

“I’ve had people tell me my whole life that I couldn’t play quarterback,” said Woodside. “That’s done nothing but just burn a fire inside of me of, ‘You know, what I can. I love playing quarterback and I can prove these people wrong.’”

That’s the right attitude, even if the Titans hope Woodside doesn’t get the chance to prove what he can do this season.