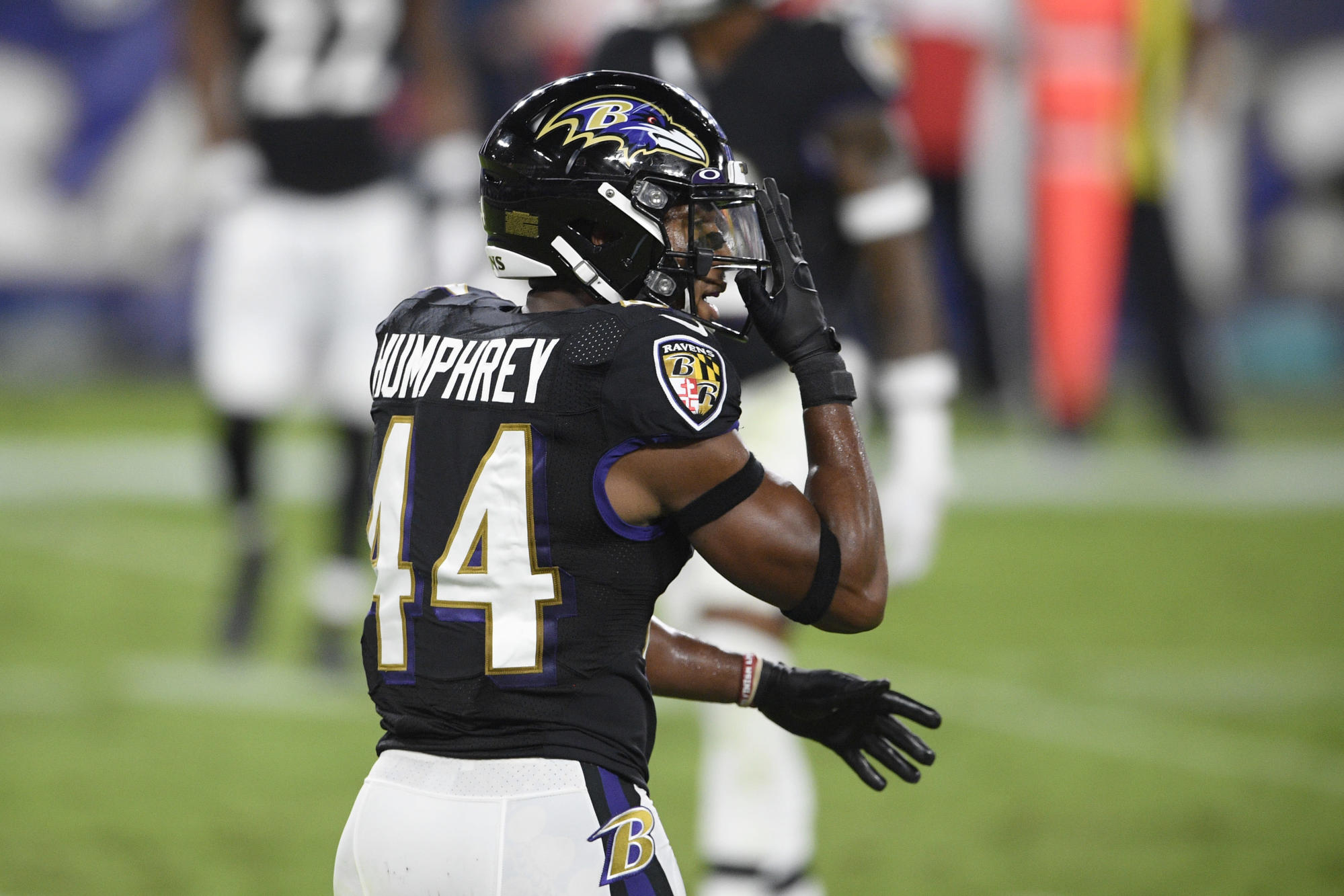 The Baltimore Ravens have one of the best secondaries in the NFL led by cornerback Marlon Humphrey. The former University of Alabama star has blossomed into one of the top defensive backs in the league, gaining a reputation for being extremely physical and able to punch the ball out of a ball carriers grasp at any point.

When asked about what he was focusing on in his game for the 2021 season, Humphrey touched on a couple things, including getting more interceptions and also figuring out when and when not to be aggressive.

While Humphrey has been able to force turnovers by jarring the ball loose with ease, interceptions have been harder to come by for the fifth-year cornerback. He’s only been able to come up with eight interceptions in his career, so if he can be more of a ballhawk it will go a long way for his already elite game.

Humphrey is also very aggressive, which is overall a good thing. He throws receivers off of their routes and makes sure he makes his presence known. However, that aggressiveness has resulted in a few defensive holding and defensive pass interference penalties over the years, so if he can pick and choose his spots to be aggressive as he detailed, it will help in the big picture.

The cornerback is clearly looking for ways to improve as Baltimore aims to win a Super Bowl championship in 2021. He’s looking to have a plan each and every time he lines up, and with his mindset, Humphrey could have his best year as a professional in 2021 if he continues to work on his game and improve.