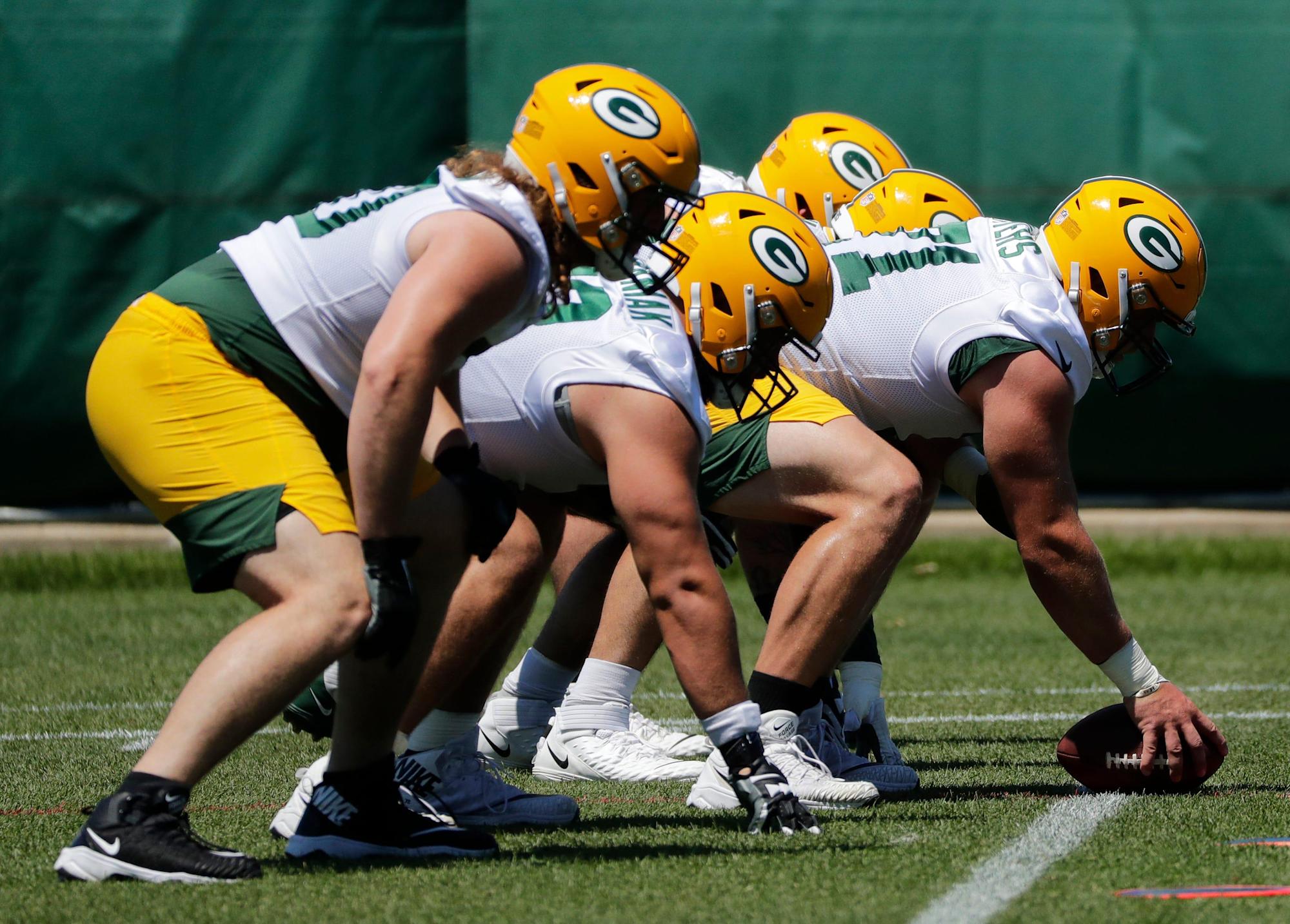 The question was about Jordan Love, but Matt LaFleur’s answer revealed something about the likely configuration of the Green Bay Packers offensive line to start the 2021 season.

Rookie Josh Myers is the expected starter at center.

“Josh Myers, more than likely will be our starting center,” LaFleur said, referencing the need for Love and Myers to build a rapport now because the two will be playing a lot of snaps together during the preseason.

By Week 1, Myers should be snapping the ball to the NFL’s reigning MVP.

The Packers took Myers at No. 62 overall in the 2021 draft. A two-year starter at Ohio State, Myers would take over for All-Pro Corey Linsley if he’s the starting center to begin this season. It’s a daunting job – replacing a consistent and reliable player like Linsley, who took over as a rookie fifth-round pick in 2014 and started for seven straight seasons – but the responsibility hasn’t been too big for the new guy.

Packers quarterback Aaron Rodgers has been impressed. When asked by former teammate James Jones for a standout player so far at training camp, Rodgers pointed to Myers.

“I gotta say Josh Myers, the center. For a guy to come in, as a draft pick, as a rookie, and be that comfortable – it’s pretty impressive,” Rodgers said.

Myers has been working with the first-team offense at center throughout the start of training camp. With the rookie parked in the middle of the offensive line, LaFleur and the Packers can begin placing the pieces around him, a task made more difficult by the absence of All-Pro left tackle David Bakhtiari.

The next step in the process came Tuesday when the pads started coming on during practice. With padded work and preseason games, Myers has a real opportunity to lock down a job he’s expected to hold for years to come in Green Bay.

What are the Packers getting in WR Randall Cobb and OT Dennis Kelly?