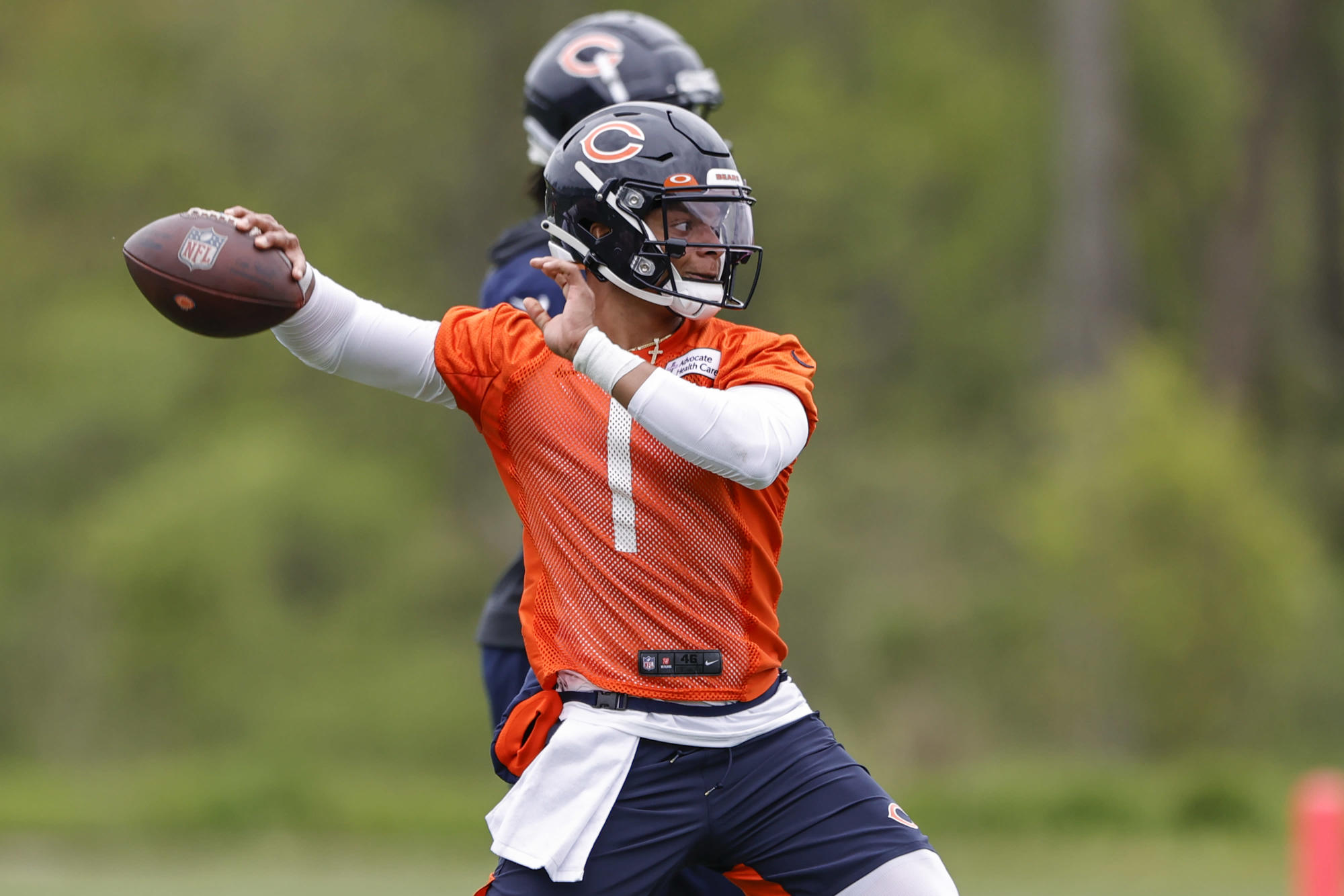 Rookie quarterback Justin Fields has been impressive during his first two practices at Bears rookie minicamp, which has not gone unnoticed by his coaches and rookie teammates.

There’s a lot to love about Fields — his big arm, his athleticism, his toughness, his leadership. But there’s also something else that has impressed his new head coach.

Matt Nagy believes that one of Fields’ biggest strengths is his deep ball accuracy, which is something that Chicago struggled with immensely last season. Last year with Mitchell Trubisky and Nick Foles, the Bears only connected on 42 pass plays that went 20-plus yards, which was tied for the eighth-fewest in the league. They also only connected on three pass plays beyond 40 yards, which was tied for the worst in the NFL.

But with Fields, the Bears can rewrite the narrative surrounding their struggles offensively, particularly when it comes to the deep ball.

“On tape I think it’s one of his greatest strengths that he has— being able to have that accurate deep ball,” Nagy said. “He’s thrown several of them. When we went to his pro day, it was funny because we were there, standing back there with coach Day, and Kyle was back there too. It was his second pro day. He was back there and right before, Ryan had predicted— he said, ‘Watch when this next deep ball comes up right here, and what do you know he got the ball from the gun, rolled out to the right and let one go. You could just feel it. I think that’s one of his better things that he does. And that’s something that we want to be able to use as much as possible.”

This offseason, the Bears have made it a point to add more speed to their offense, which could certainly be an indication of what Nagy wants to infuse into his offense.

Receivers Darnell Mooney, Marquise Goodwin, Damiere Byrd and rookie Dazz Newsome figure to benefit most from Fields’ deep-ball accuracy, which could help spark some life into what’s been an underwhelming offense over the last couple of seasons.