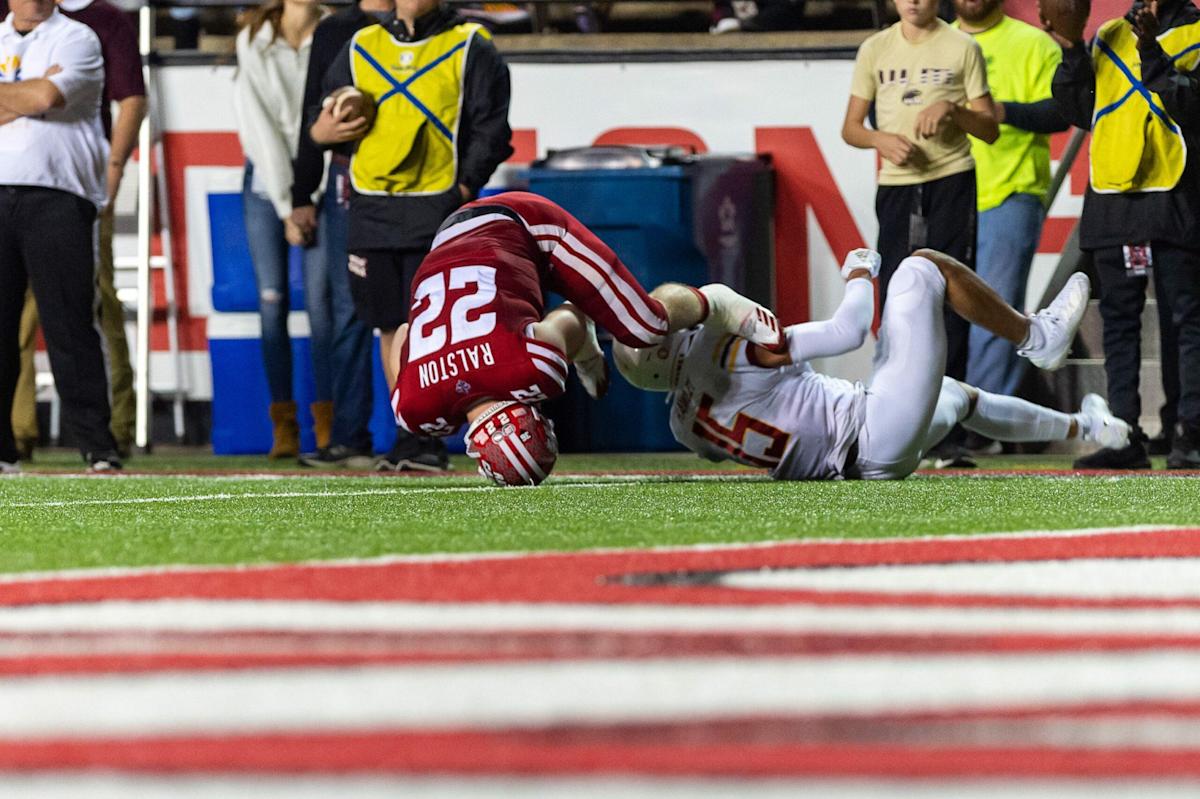 Nick Ralston is an unfamiliar name to many fans of the Dallas Cowboys, however his story is one to remember. Born in Argyle, Texas, a small city on the outskirts of Dallas, Ralston is familiar with AT&T Stadium. A lifelong Dallas Cowboys fan, his high school team played in three state championships in Jerry’s World.

He attended Arizona State University where he would see targets out of the backfield and carry the rock on his way to over 200 scrimmage yards and three touchdowns in his four seasons there. Ralston looked to Louisiana-Lafayette as a graduate transfer where he’d see more time as a tight end. Coming out for the Covid-riddled 2020 draft, Ralston saw little opportunity so he decided to hold off until the 2021 draft to declare. This gap year allowed for the video of him pulling a truck to go viral and create some buzz around his name. Ralston went undrafted but got calls immediately, one of them being from the Cowboys.

The next player in our player profile countdown is No. 46, Nick Ralston.

Ralston spent a majority of his time carrying and catching the ball out of the backfield but saw a little bit of time at linebacker for the Sun Devils, playing both ways, as well as playing mostly tight end for the Ragin’ Cajuns.

The fullback position in the modern game is an often overlooked position, carried currently by the likes of Kyle Juszczyk and Anthony Sherman. These names are notable as their respective teams are able to utilize their unique build and skillset in order to be a contributing factor to their offense. Ralston looks to do the same for the Dallas Cowboys. With Sewo Olonilua out for the season, this is his chance to make an impact. His career will start out primarily as a core special teamer, however should he impress there and in practice there is a good chance for him to work his way onto the field more often. Although the opportunities for a fullback to make a difference are far and few, Ralston has the tenacity, versatility and work rate to make sure his name makes that 53-man roster. The late injury to RB Rico Dowdle opens up an opportunity for a third running back to make the club. His 32 special teams snaps through three exhibition contests shows the club is taking a long look at him as a potential candidate but even if he doesn’t make the full roster, he has a great chance at the practice squad. Growing up a fan of the club, Ralston knows the legend of Daryl Johnston even if he never watched him play in person. This could be the beginning of his own fullback legacy.

This profile is part of our countdown series to the regular season. For the full 90-man roster, go here. For our 53-man roster prediction, go here.