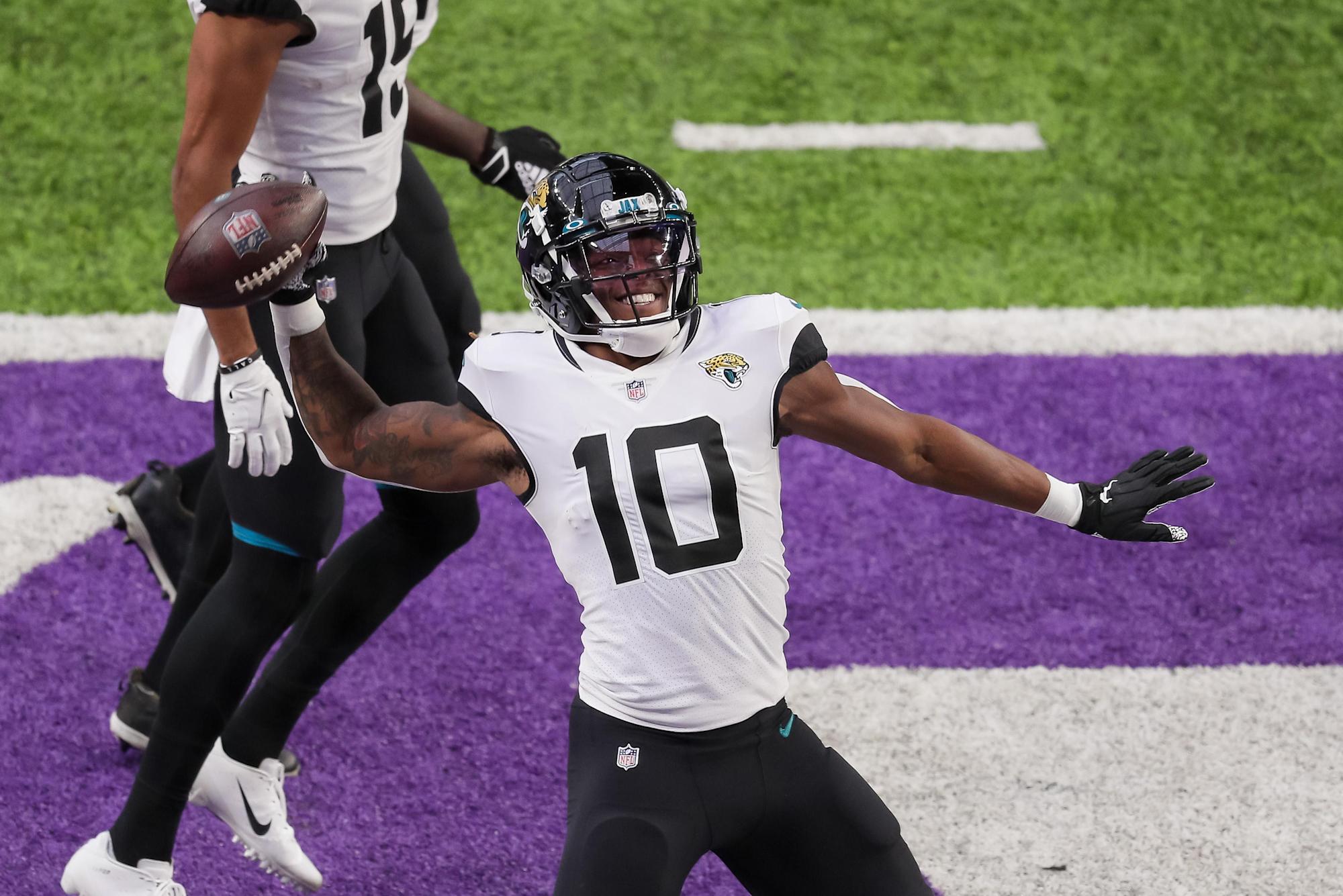 Jacksonville receiver Laviska Shenault Jr. was one of the NFL’s most intriguing young players as a rookie. At 6-foot-1-inch and 227 pounds, he’s a tank with a low center of gravity, making him extremely difficult to bring down in the open field.

For this reason, it shouldn’t be surprising that nearly half of his 600 receiving yards (298, to be exact) came after the catch. During Jacksonville’s OTAs last month, he was one of the standout players with some even saying that he could compete with D.J. Chark for WR1 targets.

But not everyone is convinced that Shenault will develop into a No. 1 option. In fact, some don’t even think his future in the league is as a wideout. In his listing of the offseason move each team should make, Bleacher Report’s Brent Sobleski said the Jags need a versatile player and that Shenault, not rookie running back Travis Etienne, fits the bill.

The importance of understanding available talent and how to maximize individuals’ ability is critical for a team trying to improve upon last season’s league-worst record.

The Jacksonville Jaguars did the right thing by drafting Trevor Lawrence with the first overall pick. The team paired its new quarterback with former Clemson teammate Travis Etienne. This year’s 25th overall pick spent rookie minicamp as a wide receiver. Head coach Urban Meyer wanted to see what he can do as an H-back in his system. There’s nothing wrong with the approach.

However, a better option might exist in Laviska Shenault Jr.

“He’s a guy that’s right, in the right position, at that age gap. I love who he is, I love the way he practices, he’s been there every day,” Meyer told reporters.

Etienne can move back to running back and give the Jaguars two offensive playmakers.

To be honest, it’s hard to understand where Sobleski is coming from here. Shenault was far and away the most productive when lining up at receiver last season, and he’s a matchup nightmare against undersized defensive backs.

But moving him to an H-back role would take away what he does best. Though Sobleski says he’d become an offensive playmaker in this role, more than likely he’d often find himself as a lead blocker for James Robinson or Etienne. When he did see offensive action, it would likely come out of the backfield, which is where he was the least effective last season, totaling 91 yards on his 18 carries.

Shenault is certainly a unique prospect, and for a team with such a weapon at their disposal, it can be tempting to overthink things when attempting to work him into the scheme. But Shenault’s skillset fully points to him being a true receiver, which is where the bulk of his production came in college, as well.

His versatility is an added bonus, and it will allow Jacksonville to explore different packages to use him in. Some of these may even be in an H-back-type role. But these should remain specialty packages, and a position change for Shenault would be unwise.

After years of trial and error, the Jaguars finally have a dynamic receiver duo, arguably the best since Jimmy Smith and Keenan McCardell lined up together. It’s clear that coach Urban Meyer wants to find a Percy Harvin-style playmaker, but that player shouldn’t be Shenault.