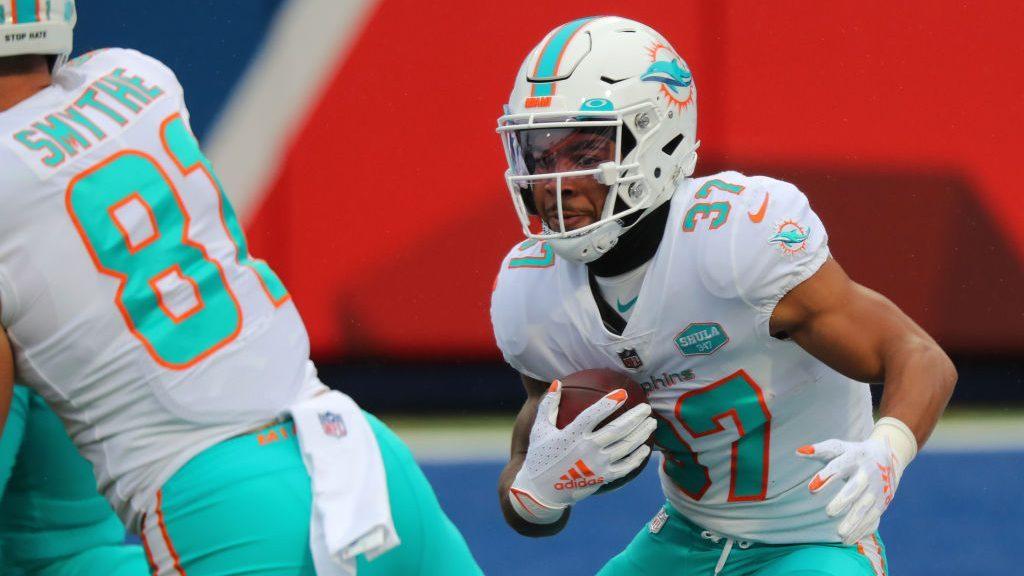 Miami Dolphins running back Myles Gaskin came away from the team’s offseason work with one big impression of the team that will be returning for training camp next month.

The team is fast.

In an interview with Sports Radio 950 KJR in Seattle this week, Gaskin said the speed of the team’s offensive pieces was his biggest takeaway from their time together this spring.

“Coming out of mini-camp, very pleased with how I did, how this team looks,” Gaskin said. “A lot of speed on the outside. I think that’s the biggest takeaway that I had. We’ve got Jakeem (Grant), (Jaylen) Waddle, Will Fuller. We’ve got some fast dudes so I’m excited to see that.”

Fuller signed with the Dolphins this offseason after five seasons with the Houston Texans and Waddle was the team’s first-round selection in this spring’s NFL Draft with the sixth overall pick. They join Grant and Robert Foster at receiver for the Dolphins as the team looks to bolster the weaponry around second-year quarterback Tua Tagovailoa.

Gaskin, a Seattle native selected out of the University of Washington in the seventh-round of the 2019 NFL Draft, ascended into a starting role with the team last year and remains in place as the team’s top option heading into the upcoming season.