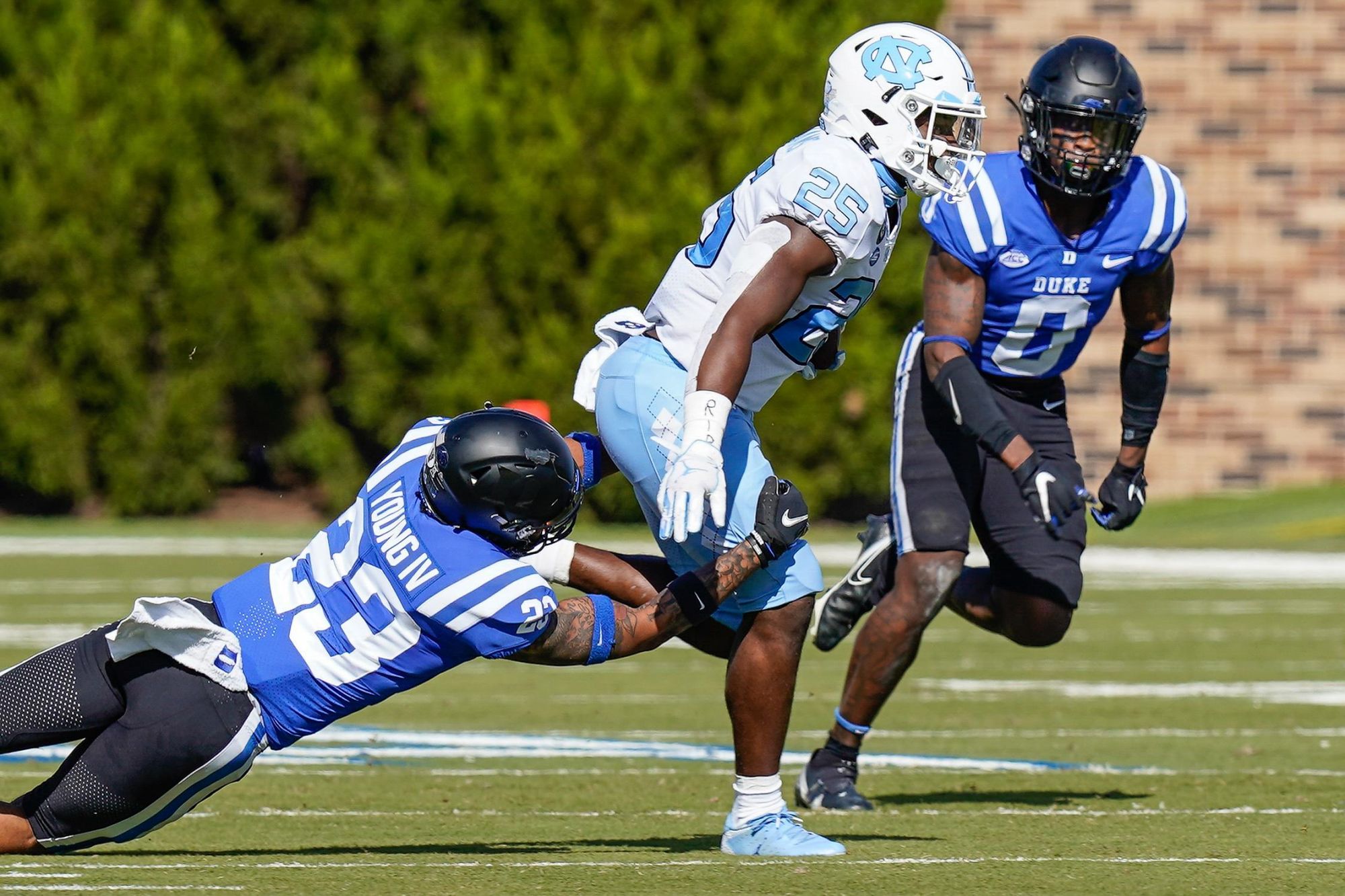 We have another week of free agency in the books and the Arizona Cardinals have nailed down a No. 1 cornerback, having agreed to a one-year deal with Malcolm Butler. How will this move affect the Cardinals’ strategy in the NFL draft next month?

We have a new mock draft simulation that goes a full seven rounds.

As with each simulation I have done in the last few weeks, it is to try and play out different scenarios with different priorities.

In this one, the goal is to trade back and address cornerback, running back and tight end. There are two trades to move back and the Cardinals go from having six picks to 10 overall.

Let’s go through the trades and the picks.

The Jets want to move up to the 16th pick and select quarterback Kyle Trask. I don’t know why. They give up the 23rd pick, the 34th pick (a second-round pick) and the 107th pick (fourth round) to move up.

I don’t believe this trade in real life would net that much, but it fits what I am trying to do. There were two trade requests made and this made the most sense.

The Green Bay Packers have their eye on speedy Purdue receiver Rondale Moore and make a trade offer to move up to the Cardinals’ pick at No. 49. They offer their second-round pick (No. 62 overall) and a fourth-rounder (No. 135) and a seventh-rounder (No. 256). After the two trades, the Cardinals end up with the following picks to work with.

Cornerbacks Patrick Surtain and Jaycee Horn are off the board, Caleb Farley is available but his recent need for back surgery puts him on the backburner. Between cornerback, running back and tight end, running back becomes the pick. Najee Harris is off the board, having gone 18th overall, so I can pick between Travis Etienne and Williams. Williams is the pick because of his size. He gives the Cardinals something different than Chase Edmonds. Etienne is more of a better, bigger-school version of Edmonds. Some make the argument that Williams should be RB1 in this draft class. I have a plan for cornerback, so don’t worry.

It is hard to find a tight end who can block well and has at least some upside in the passing game. Maxx Williams is great but his durability is a concern. Freiermuth gives the Cardinals both parts to the offense — the ability to block and the ability to do a little something in the passing game. Don’t worry, I still have a plan at cornerback, even though Asante Samuel and Eric Stokes are still on the board.

Here is my plan at cornerback. Adebo is the forgotten man in this draft class because he opted out of the 2020 season. There was a time when he was mocked to the Cardinals as a first-round pick. Adebo has a perfect frame for the NFL. He has good speed, running a 4.42-second 40 at his pro day. He is physical and he has incredible ball skills. In 22 games as a sophomore and a junior, he had eight interceptions and 27 pass breakups. He got his hands on a football more than once a game on average. He has the size, movement skills, instincts and ball skills to be very good. He could be the steal of the draft at cornerback.

I decide to double up at cornerback and stay in the Pac-12 to do it. Taylor has size at 6-2, 191 pounds. He does not have the ball skills Adebo has as he had no interceptions and 10 pass breakups in four years. He can play outside and perhaps a little inside. The Cardinals have traditionally been fans of Washington defensive backs, as they have Budda Baker, Byron Murphy and Zeke Turner, all of whom were DBs for the Huskies in college.

Here I give the Cardinals another fourth-round defensive lineman from the Pac-12. They landed Leki Fotu last year and then doubled up with Rashard Lawrence. Odighizuwa was a handful for opposing offenses in the conference the last couple of seasons. Playing inside, he had 11.5 sacks and 27.5 tackles for loss in four seasons. He had a career-high four sacks last season in only seven games.

I finally address wide receiver in the fifth round with Johnson. He was a standout at the Senior Bowl after not playing in 2020. In 2018 and 2019, he combined for 139 catches for 2,554 yards and 25 touchdowns. He is 5-10 and 186 pounds with solid speed, although it isn’t game-breaking. He will likely play inside and can do something in the return game.

Round 7 isn’t about playing now. Crosswell has some upside as a safety in pass defense. He had six interceptions total in 2018 and 2019 before opting out of most of the 2020 season. He played on special teams in the season opener and then was suspended for something related to team conduct. But this gives the Cardinals another seventh-round Sun Devil to work with.

Rumph gives the Cardinals perhaps some pass-rushing oomph in the seventh round. He had 17.5 sacks in three seasons for Duke and increased his output each season, with a career-best eight in 2020. He also had 33 career tackles for loss. He is 6-3 and 235 pounds, so he has the length but is a little lean to play every down. He should be able to contribute on special teams immediately.

The Cardinals actually recently met with Stevens. He should be great on special teams and can be a box safety in the pros. His best season for LSU was in 2019 when they won the national championship. He had 92 tackles, nine tackles for loss, five sacks and three interceptions. Listen to the latest from Cards Wire’s Jess Root on his podcast, Rise Up, See Red. Subscribe on Apple podcasts or Spotify. Latest show: