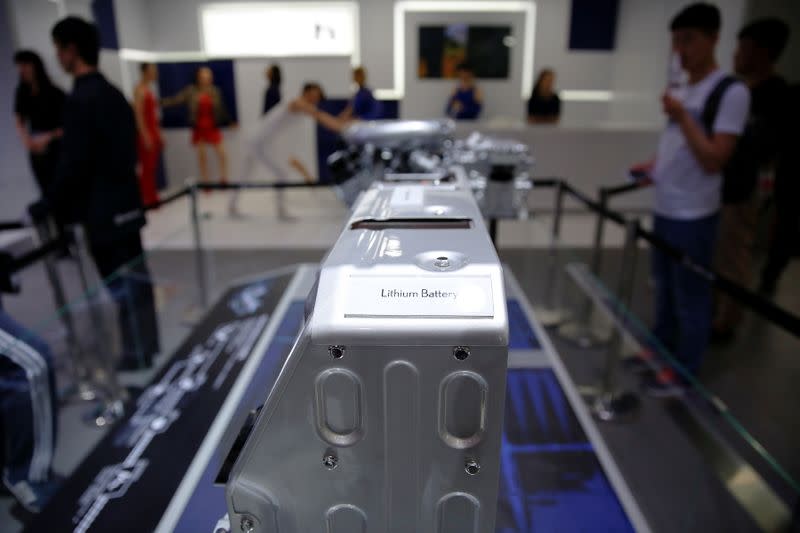 (Reuters) – Mining companies say they do not fear a plan by China’s CATL to make an electric vehicle (EV) battery without lithium or other key metals because the new design will have a limited range and more-powerful rival battery technologies will gobble up minerals supply in coming years.

The industry’s confidence is born from the rapid rise of the battery to power not only transportation, but myriad other parts of the global economy, an evolution that many industry analysts expect to require a massive expansion of mining.

The number of global EVs, for instance, is expected to jump more than 14 times to 145 million by 2030, according to the International Energy Agency (IEA). At the same time, utilities are building out massive fleets of batteries to store electricity.

Lithium ion batteries are expected to remain the dominant battery chemistry as the industry burgeons, especially in transportation. But CATL said last month it would develop a sodium ion battery that contains no nickel, lithium or cobalt.

It is a less-powerful design and heavier, making it less than ideal for automobiles, a fact that mining executives said bodes well for traditional EV battery designs and metals demand.

“I don’t think sodium ion batteries will ease the demand for lithium,” said Paul Graves, chief executive of lithium producer Livent Corp, which has deals to supply Tesla Inc, BMW and other automakers. “In fact, demand for lithium is going to be constrained by supply.”

Some Western automakers are working to cut reliance on magnets made from rare earth metals as well, though that is because China is their largest producer. While there are alternatives for some rare earths, lithium is widely seen as the best metal for energy density in a battery.

Sodium ion battery usage could grow to about 15% of the global battery market by 2035, according to estimates from minerals consultancy Adamas Intelligence.

That growth, though, should come at the expense of lithium ion phosphate (LFP) batteries, which are commonly used in buses or large batteries, rather than traditional lithium ion batteries, Adamas said.

“From the standpoint of a lithium producer, it’s not a significant threat in the foreseeable future,” said Ryan Castilloux, an Adamas managing director.

Albemarle Corp, the world’s largest lithium producer, said large utility batteries could be one prominent use for CATL’s new type of battery, but that lithium is the only metal that can fuel widespread EV adoption.

Commodity research Roskill estimates that demand for lithium to make EV batteries will rise above 2 million tonnes by 2030, a more than 4.5-fold increase from 2020, while demand for cobalt, another metal used in the manufacturing of EV batteries, will almost double in the next ten years.

“The number of new potential markets for batteries and energy storage is growing much faster than competing technologies to lithium ion,” said Andrew Miller, an analyst at Benchmark Mineral Intelligence (BMI), which tracks the supply chain for electric vehicles. “It’s going to become a much more diverse battery-end market.”

Mining giant Rio Tinto, which produces battery-grade lithium at its Boron mine in California, last month approved a $2.4 billion investment for a lithium-borate project in Serbia.