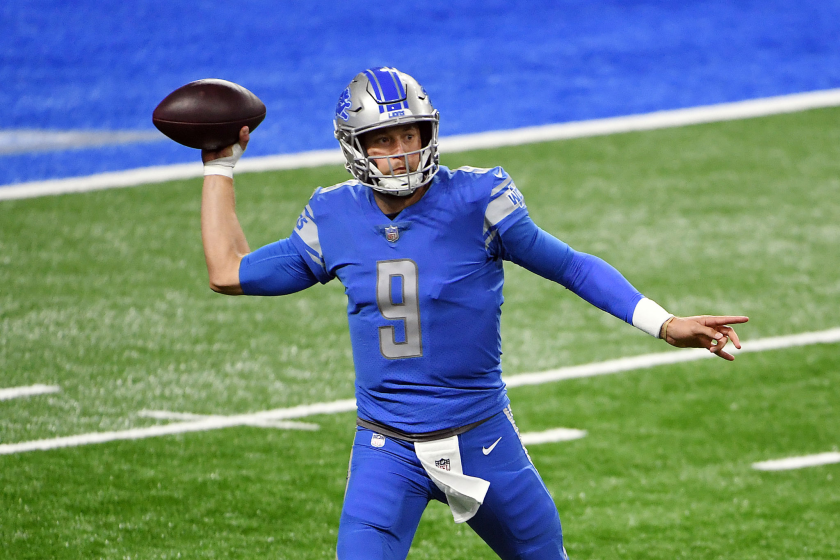 Rams quarterback Matthew Stafford last month underwent a surgical procedure on his right thumb but is not expected to miss any of the team’s offseason workouts or training camp, a team spokesperson said Thursday.

The Rams acquired Stafford, 33, in a blockbuster trade with the Detroit Lions for quarterback Jared Goff and two first-round draft picks.

Stafford has played through injuries, including several to his throwing hand, several times during his 12-year career.

Last season, Stafford reportedly suffered a torn ligament in his right thumb during a Nov. 15 game against the Washington Football Team. Stafford completed 24 of 33 passes for 276 yards and three touchdowns in the 30-27 victory.

On March 19, during a video conference with Los Angeles reporters, Stafford downplayed his reputation for toughness, saying all players persevere through injuries.

“The quarterback probably gets a lot of attention when it comes to those things, but there’s guys up front blocking for me or playing defensive line or linebacker, whatever it is, guys all over the field are battling through things that a lot of times don’t get talked about,” he said.

The Rams are accustomed to quarterbacks dealing with thumb issues.

Last season, in the second-to-last regular season game, Goff suffered a broken thumb against the Seattle Seahawks and had surgery the next day. Goff sat out the season finale against the Arizona Cardinals, but came off the bench to lead the Rams to victory over the Seahawks in a wild-card playoff game.