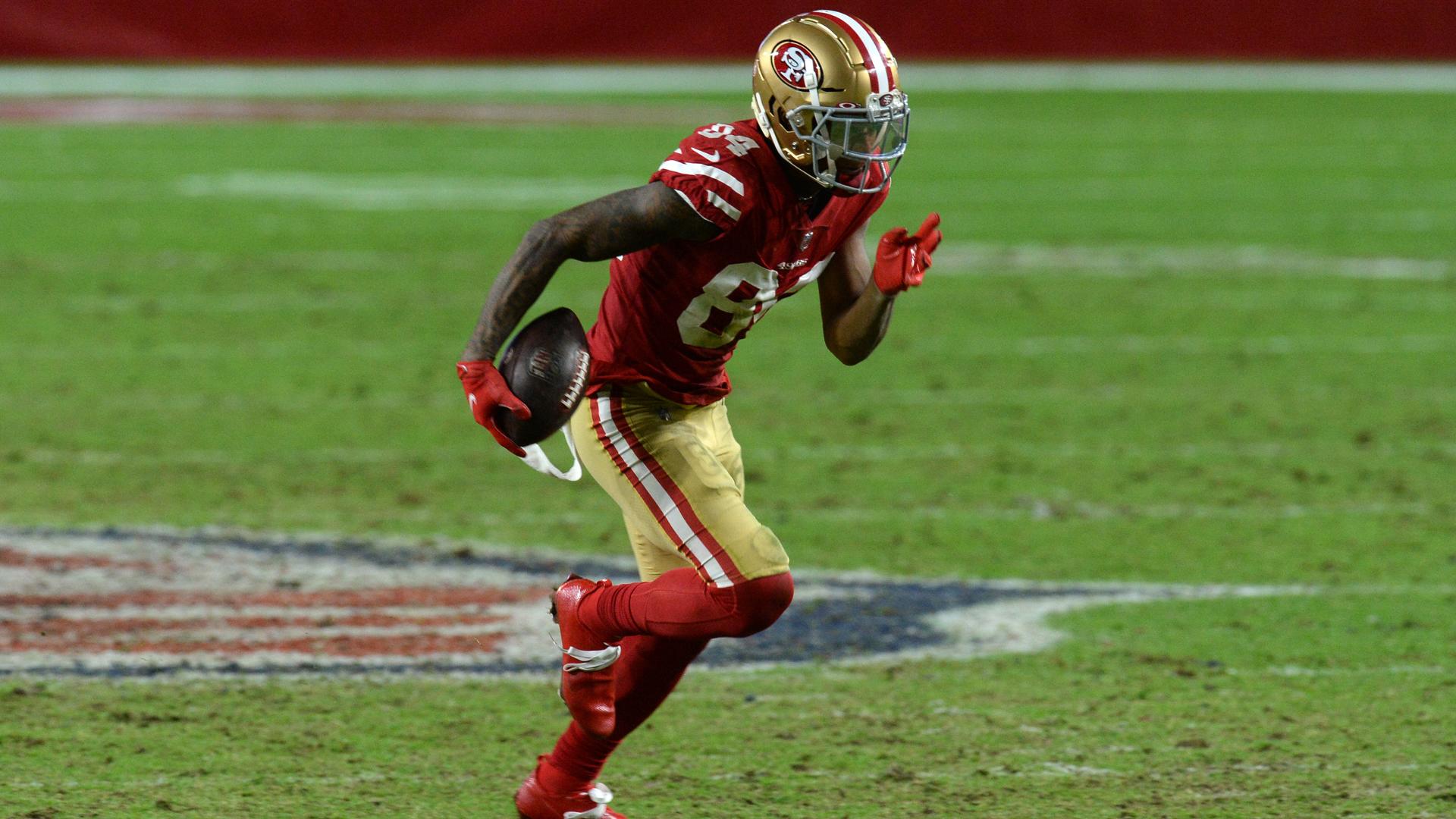 The New England Patriots‘ aggressive approach to NFL free agency suggests they are in no mood to repeat what happened last season when the team struggled to a 7-9 record and missed the playoffs for the first time since 2008.

One of the team’s many additions in free agency over the last week is wide receiver Kendrick Bourne.

Bourne recently made an appearance on The Adam Schefter Podcast and explained why the team’s free agent spending spree is a sign that better things are on the horizon for the franchise following 2020’s disappointment.

“They don’t do that (spend huge in free agency),” Bourne said. “So something special is about to happen. They did something different, so there’s gonna be a good result in what they did. You know, they’re taking a risk bringing us all in here, and they don’t do that. So we have to make sure as this free-agent class that we were worth what they brought. That’s why they paid us.”

New England’s additions in free agency should help the team for multiple seasons, especially when you consider the fact that many of these new players are in their mid-to-late 20s. It’s not like the Patriots opened the checkbook for veterans at the end or past their prime.

“Just what you said, man, who they’re bringing in. They don’t do that. They got big plans,” Bourne said on Schefter’s podcast. “Building around Cam (Newton) and stuff like that, man. So they have good pieces already with guys there, and so they’re just putting in the pieces that they’re missing, man. And I feel like the picks they made were awesome. And we haven’t even seen the draft yet, so it’s exciting, man.

“And I believe, like you just said, one year, we’re going to have a good record in the beginning. We got to start fast. We got to come out there ready. Each free agent got to know the playbook, got to be ready, and make it seem like we’ve been there already. So it’s exciting, man.”

Bourne is one of the most intriguing players the Patriots have acquired this offseason. He tallied career highs of 49 receptions and 667 receiving yards, in addition to two touchdowns last season. There’s also this interesting stat:

100 of Kendrick Bourne’s 137-career receptions have gone for either a touchdown or a first down.

Incorporating all the new players into their roles and getting them familiar with the playbook will be of the utmost importance for the Patriots over the next few months. Luckily for the Patriots, this offseason should be more normal than last year, when the COVID-19 pandemic made it very difficult for teams to workout together on the field for most of the spring and summer.