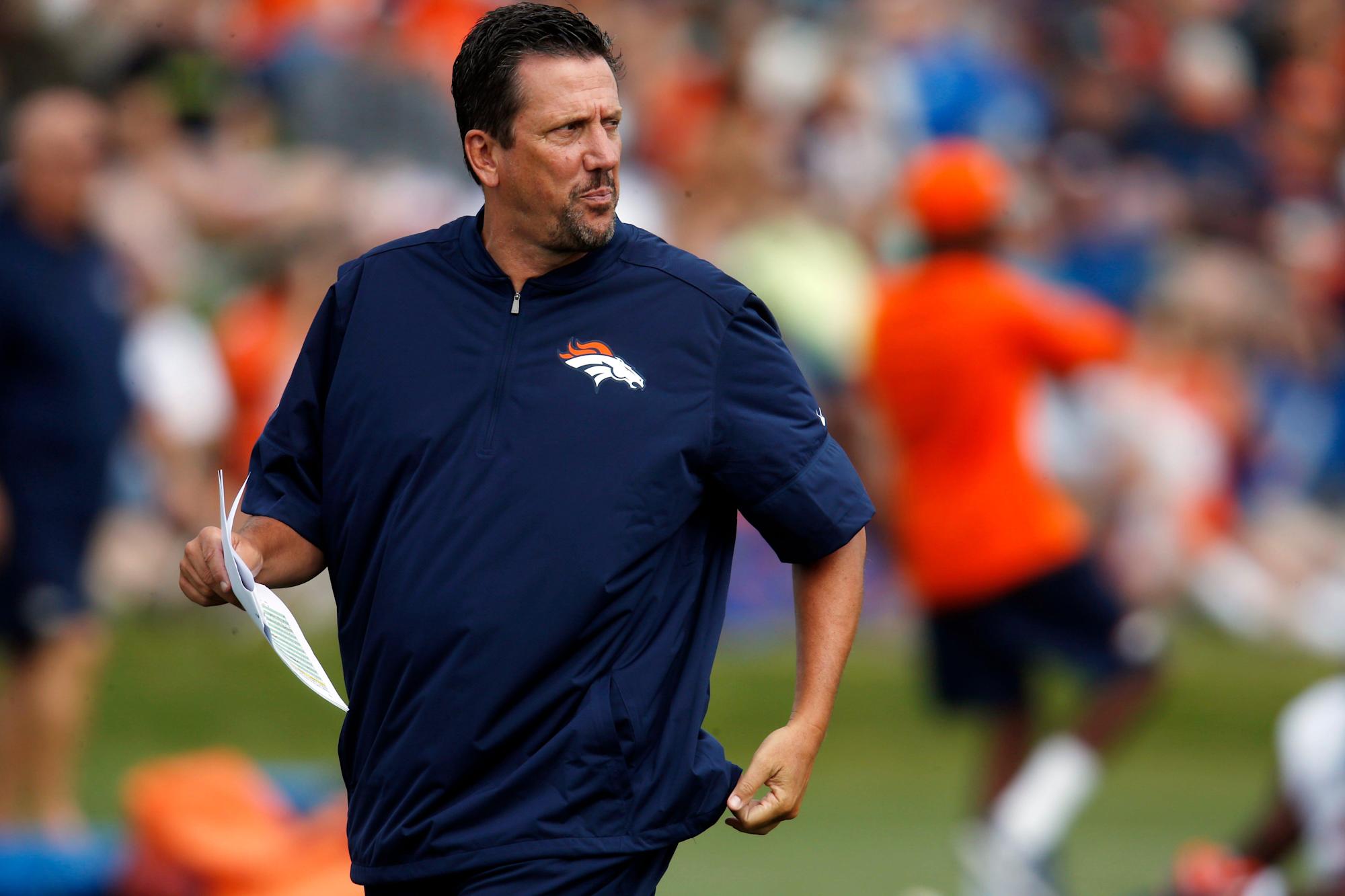 “Today at 11:32 am PST, Greg Knapp (aka Knapper) was called back home to Heaven, where he will be reunited with his Dad,” Sperbeck wrote.

Knapp was hospitalized Saturday after he was struck by a single motorist while on his bicycle, according to the San Ramon (California) Police Department.

Knapp joined first-year Jets coach Robert Saleh’s staff this offseason to serve as a veteran voice on the offensive staff after spending the last three seasons with the Atlanta Falcons. He was expected to tutor rookie quarterback and No. 2 overall pick Zach Wilson this season.

“The loss of a loved one is always a challenge but is harder when it is completely unexpected,” Saleh said in a statement. “Charlotte, Jordan, Natalie, and Camille please accept our most sincere condolences. Greg had such an inner peace about him that people always seemed to gravitate towards. He lived life in a loving way that helped him connect with people from all walks of life in a unique way. In his short time here, I believe the people in this organization had a chance to experience that connection. Greg, thank you for all that you have shared with us, you will be missed brother.”

He served as the Denver Broncos‘ quarterback coach from 2013-16, working with Hall of Fame quarterback Peyton Manning to help guide the franchise to its third Super Bowl victory in the 2015 season.

“The Denver Broncos are heartbroken by the sudden, tragic passing of Greg Knapp, who was an outstanding coach and even better person,” the team said in a statement. “In his four years as our quarterbacks coach, Greg was an instrumental part of two Super Bowl appearances and our championship run in 2015. The job he did coaching quarterbacks during our Super Bowl 50 season was masterful. He navigated a unique situation with poise and instincts, keeping us on track with his even-keeled demeanor, exceptional teaching ability and caring nature.

“From all-time greats like Peyton Manning to young players just starting their careers, Greg was a trusted confidant and the very definition of a ‘quarterback whisperer.’ More importantly, the connections and friendships he forged with players, coaches and staff – as well as their families – were genuine and special.

“We will all remember Knapper for his kindness, humor and fun-loving approach to life. Our organization extends its deepest condolences to Greg’s wife, Charlotte; his daughters Jordan, Natalie and Camille; and the entire Knapp family.”

The Jets are scheduled to report to training camp on July 27.