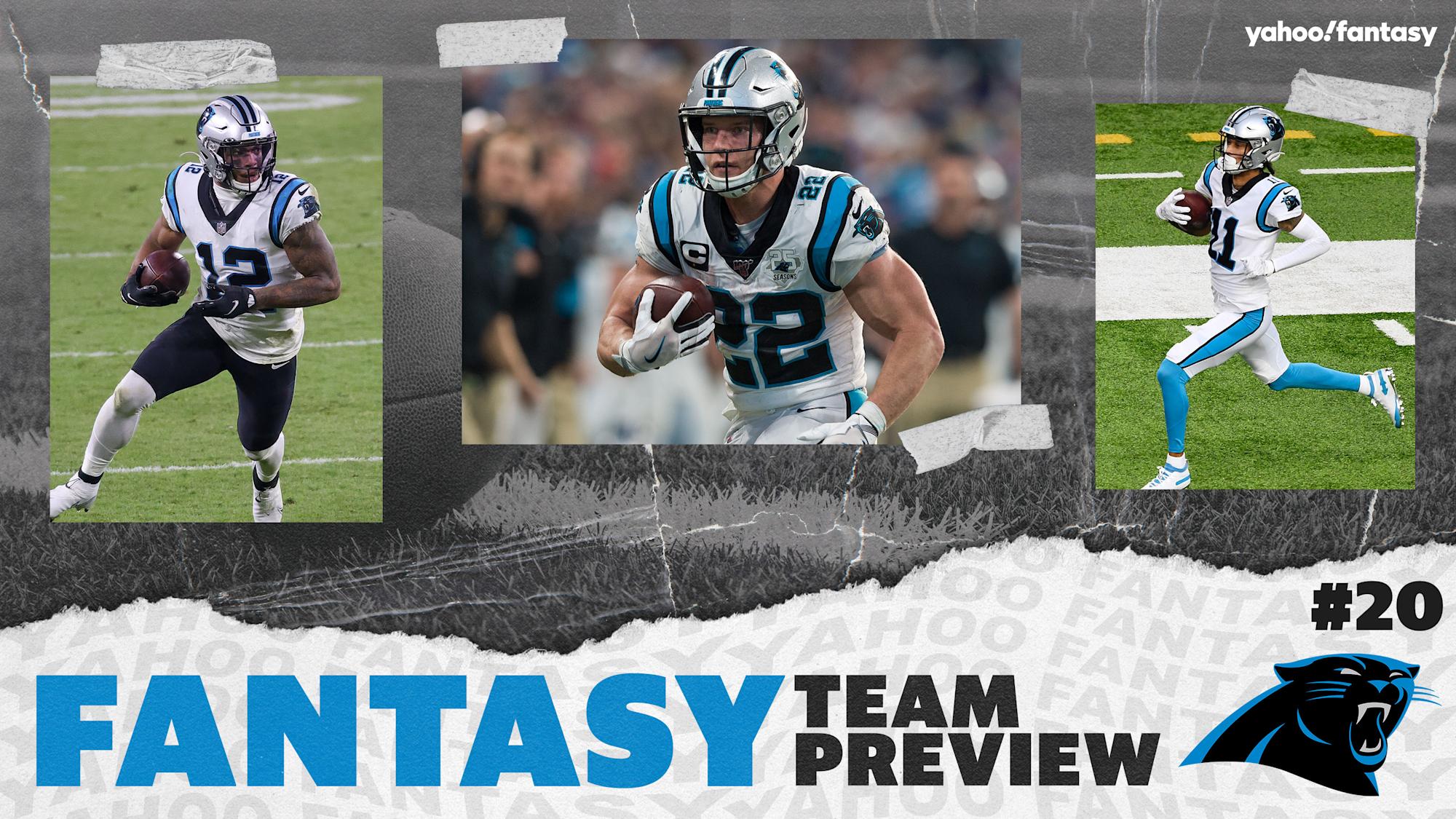 We’re previewing every NFL team to get you ready for the 2021 season. Our analysts will tackle pressing fantasy questions and team win totals, in order from the squad with the least amount of fantasy relevancy all the way to the most talented team. Next up, the 20th-ranked Carolina Panthers.

Despite only playing three games last season, Christian McCaffrey is the consensus top player this year. A two-part question: 1) Aside from health, is there any reason why you wouldn’t take him No. 1 overall and 2) Project his season stat line for 2021.

Andy: Unless you’re drafting in a league with peculiar settings — tight end premium scoring or superflex or a dynasty startup — you shouldn’t hesitate. And even in those formats, I think I’d probably still take CMC. He has a pair of 100-reception seasons on his resume and an all-time PPR campaign to his credit. Carolina’s offense should be a party in 2021, which certainly helps. None of the injuries that impacted McCaffrey last year are ongoing worries, so I can see no reason to avoid him. He’s only 25, not exactly on the downside of his career.

Matt: Christian McCaffrey has to be the No. 1 pick in every league this year if simply because there is no other back that comes close to matching his clean profile and usage ceiling at the top of the draft. In the three games McCaffrey played in last year, he averaged 25.3 touches per contest and scored six times. That’s a bankable workload and tantalizing ceiling. With Curtis Samuel gone, there will be even more of an opening for layup targets near the line of scrimmage.

Liz: I was going to say the only reason not to take CMC No. 1 overall is because of the impossibility of elite repeatability at the position (over the last decade 10 different RBs have led the position in fantasy scoring). But that axiom would have held true for last year, not this year. So, no. There’s no good reason not to draft him No. 1 overall and every good reason why he’s the industry-wide consensus RB1. He checks all the boxes from NFL bloodlines to consistently producing when available. After all, this is a player who recorded 370 scrimmage yards and 6 TDs over three games last year.

Who is the Panthers receiver you want on your team when you consider DJ Moore and Robby Anderson will be drafted several rounds apart?

Matt: I’m fine with either Panthers receiver at their current draft cost but I think the gap between Moore and Anderson is justified. This is a spicy take but I think Moore’s 2020 season was his best as an individual player. The fact that he took massive steps in the vertical game is huge. It’s impossible to overstate what good news that is considering it was absent from his portfolio in Years 1 and 2. Of course, he just happened to be playing with the most conservative quarterback in football last year, making the development easy to miss. It’s hard to confidently say Sam Darnold is the guy to further unlock Moore’s growth but I like betting on the player. Also, let’s not forget about Terrace Marshall Jr. in this equation. His deployment is going to shake this receiver corps up. We need to see where this trio lines up in the offseason.

Liz: Moore is an athletic marvel (92nd percentile SPARQ-x) who regularly stuns fans with highlight-worthy plays, largely because of his ability to win deep (41.6% air yards share, WR2). But sometimes those ceiling moments cause us to forget about his struggles with efficiency. I’m not thrilled about the immediate pairing of a receiver who was second in drops last year (10) with a QB who has regularly struggled with accuracy… at least not when said QB’s former teammate is available two-ish rounds later.

Anderson’s role shifted throughout 2020 and while he wasn’t the end zone weapon he had been with the Jets, he did lead Carolina’s receiving corps in targets (138, WR8) and receptions (95, WR8). His rapport with Darnold is pre-existing (of the 13 games Darnold started in 2019, Anderson either cleared 80 yards or scored in six of them) which figures to benefit Anderson’s production at the top of the season.

Andy: I’m not so all-in on the Panthers that I’m looking to draft both Moore and Anderson, but I’ll happily sign off on either receiver. If there’s a concern with Moore, it’s that Carolina only rarely looked his way in the red zone last season, targeting him just nine times in his 15 games. I like the fact that Anderson basically rewrote his scouting report last year, plus he benefits from existing (if Gase-tainted) rapport with Sam Darnold. He may end up the better fantasy value of the two, but I’ve already drafted both players — as well as Terrace Marshall Jr. — in Best Ball leagues.

Sam Darnold is getting a fresh start in Carolina. Are you buying a potential reclamation worth a flier in Best Ball and late in season-long drafts or are we just in wait-and-see mode?

Liz: Ripping off 29 interceptable passes (QB4) in 12 games last season, the expectations for Darnold aren’t exactly high. But the stink of Adam Gase is real, and Darnold’s situation in Carolina is rife for a comeback. In Joe Brady’s system, Teddy Bridgewater was the 19th best QB in fantasy. The front office gave up second, fourth, and sixth round picks to acquire Darnold, clearly viewing him as an upgrade from Bridgewater and seeing something moldable in his skill set. Behind an improved offensive line, surrounded by elite weapons, and being utilized by a creative play-caller, Darnold figures to clear 4,000 passing yards and could flirt with 30 TDs.

Andy: Darnold has been a pillar of #ZeroQB superflex drafting for me (probably a terrible idea), so I’m not about to criticize him here. He was pretty clearly one of the biggest winners during the NFL draft, because his team A) beefed up its o-line, B) beefed up its receiving corps, C) didn’t take a young QB to challenge him and D) picked up his fifth-year option. That’s a pretty solid weekend. Whatever you may think of Darnold, he’s unquestionably set up for success with the Panthers. I do expect a post-Gase production bump.

Matt: For the first time in his career, Darnold will be surrounded by excellent skill-position talent and in a progressive offense with Joe Brady calling the shots. I’m still bearish on Darnold suddenly reversing course after a truly hideous statistical start to his NFL career. That said, he can definitely put up some nice weeks in fantasy. For that reason, I like adding Darnold in the later rounds to complete some discount stacks with McCaffrey and/or any of the three receivers. I would definitely recommend a “wait-and-see” approach in any lineup-management leagues.

Scott: I like where the Panthers are headed. They got the coaching hire right last year, and I’m not ready to give up on Sam Darnold — the Jets gave him lousy support for three years, and he also had comically bad luck with health. A young Carolina defense can only get better, the offense is loaded with skill talent, and it’s a time of transition for most of the other NFC South teams. Carolina should be a winning team in 2020; punch the over.