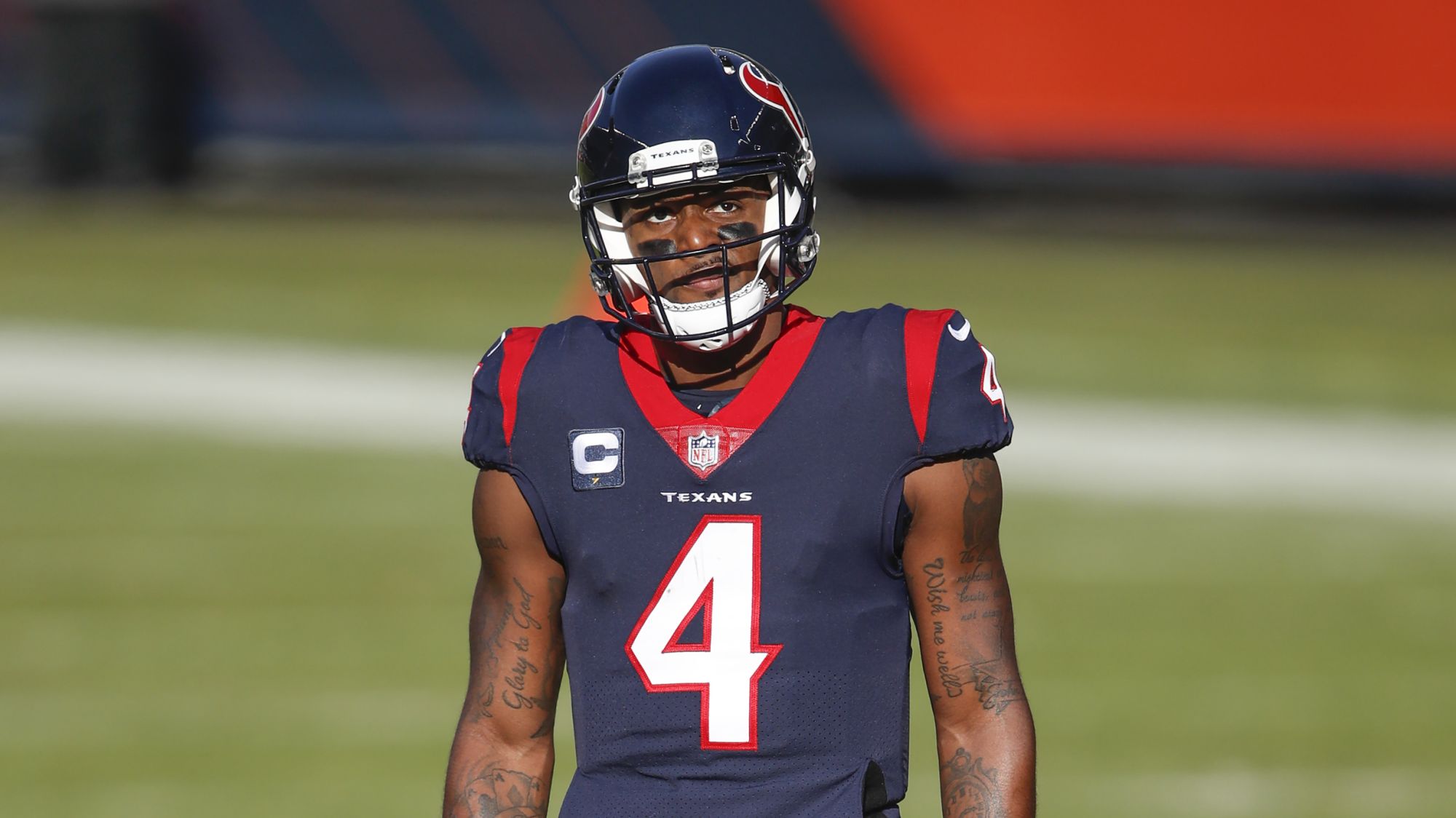 In the 12 years since the commissioner’s exempt list was popularized as a circumstantial tool to sit NFL players down while continuing to pay their salary, only one thing has remained consistent: The standard for the league’s “timeout” has been as opaque as it is broad.

And for this reason, the 16 pending civil lawsuits against Houston Texans quarterback Deshaun Watson could lead him to be removed from NFL activities at any moment this offseason or suspended entirely — or not punished at all. Any of these outcomes could materialize without a single legal outcome tied to Watson. Essentially, nothing could change, yet the NFL could act (or not act) based entirely on the merits of what it finds or the preponderance of evidence it produces.

That’s one of the major elements that potential Watson trade suitors are grappling with, leaving each to weigh the possible public and private consequences of a pursuit. All of this is assuming that the Texans still open the phone lines and solicit trade offers for the quarterback in the coming weeks, which had been anticipated by multiple franchises prior to Watson’s legal issues arising earlier this month. As it stands, high level sources from two teams — one in the AFC and one in the NFC — both told Yahoo Sports that they would still consider themselves squarely in play for a Watson trade if he went onto the market this week. However, the sources from both teams said they have considerable questions necessitating answers that could impact the strength of their offers or whether they continue to pursue Watson at all.

Where do teams stand on trading market for Deshaun Watson?

Establishing the legal and civil innocence of Watson appears to be the top priority with pursuing teams, but there is also pressing concern over what the league office’s approach will be when it comes to the quarterback resolving the lawsuits. The league office and commissioner Roger Goodell continue to have an almost universally undefined standard for placing players on the exempt list, which would continue to pay Watson but not allow him to have contact with his team. The NFL also continues to have wide latitude for its suspensions as well, including the numbers of games and the behavior it believes violates the league’s personal conduct policy.

For many teams, it is a familiar story surrounding a Kafkaesque investigative process. The guardrails for league probes and a standard for sanctions has been so varied over the past decade that there is almost no telling what outcome could be produced in any given situation. Essentially, after the NFL does its due diligence, it determines what level a player did or didn’t violate the personal conduct policy. And the punishment, if there is one, is set forth based on that case-by-case determination. If it looks like a four-game suspension, then it is. If it looks like eight games, then it is. If it looks like zero, then it’s zero.

A player can be put on the commissioner’s exempt list and come back off it without any official suspension whatsoever, like linebacker Reuben Foster, who was fined two game checks for personal conduct issues. A player can be placed on it and then have the sanction elevate into a multi-game suspension, like running back Kareem Hunt. The NFL could investigate and not add a player to the list, as it did with wideout Tyreek Hill. And in some cases, the league could threaten action, as Goodell did when wide receiver Antonio Brown was without a team in 2019, leading to a chilling effect on Brown’s employment, then ultimately moving into an eight-game suspension after a prolonged investigation.

All of those league actions added to the level of uncertainty teams have developed over NFL investigations and how suspensions or exemption list instances have occurred, right along with other cases involving kicker Josh Brown, running back Adrian Peterson, linebacker Greg Hardy and cornerbacks DeAndre Baker and Quinton Dunbar. The only common thread between all of them is the ultimate determination of whether or not Goodell feels some element of the personal conduct policy is in play and whether that arises to necessary NFL action. And lest we forget, there have also been players who were ultimately suspended without legal or civil charges and after having no stint on the league’s exempt list, including quarterback Ben Roethlisberger and running back Ezekiel Elliott.

When pressed against Watson, it creates dual tracks of concerns for teams. On one hand, there is their own belief in his innocence or guilt and what their level of comfort is with defending that determination. On the other hand, there is question of whether the league office sees it the same way, and whether a disparity in that viewpoint would impact Watson’s career.

And while it’s the offseason, time isn’t on the side of virtually anyone involved in the NFL’s end of this. The league is currently in the middle of negotiating an offseason program with the players union. That means at some point in the coming weeks, teams are going to expect to have guidelines for how they can conduct workouts with players, either virtually or in person.

That means the Texans will have to grapple with what the next step is with Watson, potentially before any progress occurs with his legal issues. That will put the team at a crossroads with Watson and the league’s investigation, which barring a sweeping settlement or the 16 civil cases being dismissed or dropped, means that the NFL is more likely to conclude its investigation (or at least take some form of action) before the courts work through the legal process.

The Texans may be depending on that now — just like Watson’s trade suitors — in hopes that clarity will be provided from the league quickly, even if it comes from using the most opaque disciplinary tool at the NFL’s disposal.