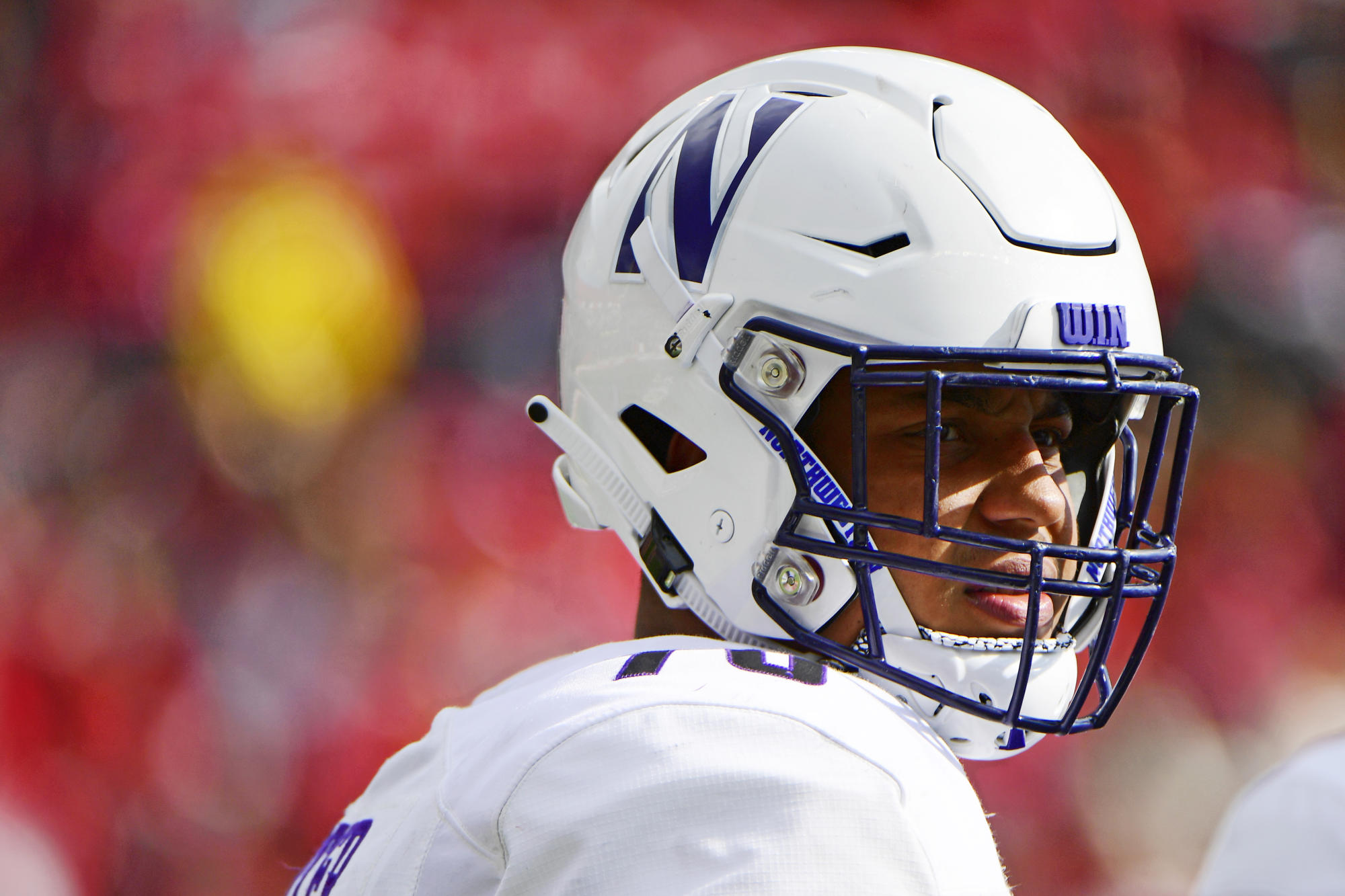 TL;DR scouting report: Athletically gifted but undersized blocker with ideal technique who should be given a chance to start outside

The skinny: A 3-star Rivals recruit from just outside Houston, Slater was offered by only one Texas college (Rice) and by three Power-5 schools (Kansas, Illinois and Northwestern). He chose the WIldcats and immediately earned a starting job in 2017, starting all 12 games at right tackle and earning a spot on the Freshman All-Big Ten squad. In 2018, he started all 14 games again at right tackle, earning third-team all-conference. Slater then switched over to left tackle in 2019, starting 11 games (missing one with injury) and earning honorable mention all-Big Ten. Slater opted out of the 2020 season and declared early for the 2021 NFL draft.

Super-light feet — as light as any tackle in this class. Quick out of his stance and ready to fire. Mobility to climb to the second level and hit moving targets. Can get around the edge on pulls and lead the way in the run game. Good core flexibility and strength.

Gets into his pass sets quickly and without wasted movement. Patient — can rely on his outstanding reflexes to make adjustments. Good recovery ability when needed — stays balanced.

Keeps his feet and shoulders square and doesn’t bend or lunge. Poised technique. Can root down and anchor vs. powerful bull rushers. Handled loopers and free rushers well — stayed on point well during DL games up front. Great understanding of leverage and blocking angles. Uses independent arm technique vs. rushers.

Strong, determined run blocker. Can work down the line and also drive the pile forward. Uses hands to shock and steer on impact. Legs don’t stop moving on contact and can influence the pile on short-yardage plunges. Works well in space in the zone game, easily reaching the second level. Great finishing ability — that’s where his football temperament really shines.

Five-position prospect — started for two years at right tackle, one at left tackle. Some NFL teams are projecting him inside, and a few even have kicked around the idea of giving him a look at center. Makes up for his lack of arm length with big hands (10 1/2 inches) and a solid wingspan (80 1/8 inches).

Three-year starter who faced some of the best pass-rush talent in the Big Ten — played as well vs. Ohio State’s Chase Young in 2019 as any blocker Young faced that season, a game that was attended by a who’s who of NFL talent evaluators. Immediate freshman starter for a coach in Pat Fitzgerald who often eschews throwing true freshmen to the wolves. Great athletic bloodlines — father was an eight-year NBA player.

Outstanding personal and football character. Strong work ethic and never mails it in. Chased down an interception at the final game of a 3-win season in 2019 vs. Illinois, traversing the field and running 30-plus yards to bring down the interceptor.

Downside: Less-than-ideal length for a starting NFL tackle. Arm length (33 inches) is right about the standard cutoff for playing outside. Lacks great bulk and might be close to max frame without sacrificing his athleticism.

Could be tried on the interior but hasn’t lined up there in college. Might struggle to anchor vs. stout, powerful nose tackles. Footwork will be new for him there.

Struggled a few reps vs. longer rushers, such as Iowa’s A.J. Epenesa. Allowed some defenders to gain ideal position and get inside him. Received some TE help while blocking OSU’s Young, and they really only squared off on about 15-20 snaps.

Will underset at times as a pass blocker and leave the back door open for rush. Mild stiffness in his hips to slow outside rushers. Hand timing can vary — too late sometimes, too early others. Can strike before his feet are fully set. Doesn’t always transfer weight enough against inside-shoulder rushes.

Grabber who has some penalty issues — flagged 19 times in 37 college starts, including nine (eight accepted penalties) as a junior. Called for multiple holds vs. Purdue. Guilty of four false starts in 2019 alone.

Best-suited destination: There is plenty of talk of moving Slater inside at the next level, and it will depend team by team how they project him. But we think with three years of starting experience (at both OT spots), Slater should be given a chance to play tackle first.

His excellent technique, outstanding athleticism and great field vision should help atone for his lack of length. Either way, he’s a high-level mover who should be right at home in a zone-heavy run game and a passing game that asks its tackles to lead the way on screens, slide laterally with a moving pocket and make late pickups.

Slater projects as a high-level blocker who can start immediately as a rookie and vie for Pro Bowl status within a few years.

Did you know: Rashawn’s father, Reggie Slater, was an undersized power forward who carved out an eight-year NBA career and played just about everywhere else in professional basketball — in Spain, Turkey, Italy, the CBA and the ABA — in between. He still remains Wyoming’s all-time leading rebounder, having played for the Cowboys from 1988 to 1992, and is in the top 10 on the school’s all-time leaders list for games minutes, points, field-goal percentage, free throws and blocks.