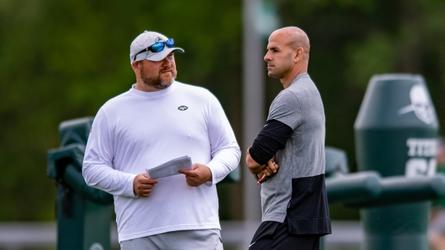 Jets GM Joe Douglas, head coach Robert Saleh and the rest of the front office and coaches must get the roster down to 53 men before 4 p.m. on Aug. 31 .

Here is every move Gang Green has made…

– QB Josh Johnson was cut, potentially paving the way for Mike White to be the backup

– DE Aaron Adeoye: Edge rusher with one game of NFL experience back in 2020.

– S Bennett Jackson: Drafted by Giants in sixth round of 2014 Draft, but didn’t make NFL debut until 2019. Played six games as a Jet, strictly as a special teamer.

– CB Lamar Jackson: Undrafted second-year man. Likely to join Jets practice squad, where he started the 2020 season before getting called up.