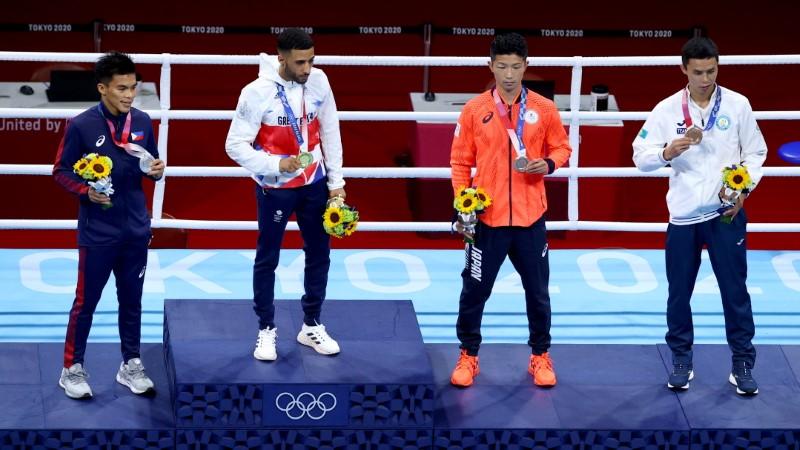 The 28-year-old reigning Commonwealth champion won on a split decision but was the stronger boxer throughout, taking the fight to Paalam on the front foot and beating him with accurate punches and a composed performance.

Yafai sent the 23-year-old Filipino to the canvas in the first round with a fierce left hook to the chin but Paalam recovered quickly and fought hard for what could have been the Philippines’ first-ever Olympic boxing gold medal.

The Briton, who once worked in a car factory and has two brothers who were professional boxers, kept his cool as Paalam came out battling in the next two rounds, mixing roundhouses with uppercuts through the middle, but Yafai held a strong guard to fend off his opponent.

Paalam’s silver was the fourth in 57 years in Olympic boxing for the Philippines.