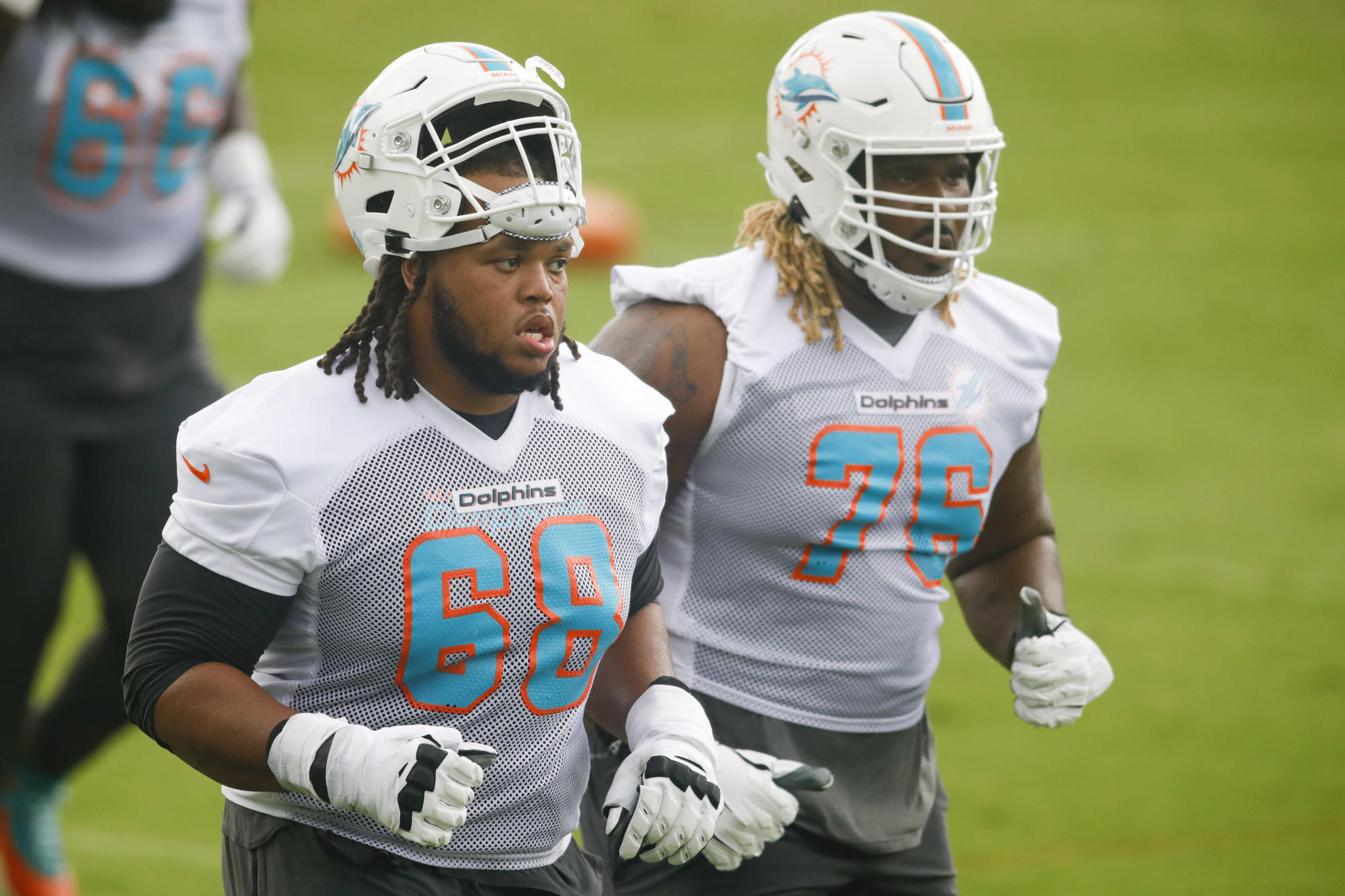 Miami Dolphins second-year lineman Robert Hunt is looking to further establish himself as a fixture on the team’s line as he enters into his second season with the team. Where Hunt will ultimately be asked to provide his skills is yet to be determined — there are plenty of reports indicating that Hunt will be moved inside to play guard; but the coaching staff has suggested Hunt’s ultimate position on the line will be “up to him”.

Regardless of where Hunt is asked to play, there is one very easily attainable goal that he should be setting for himself in the season ahead: cutting down on his penalties in 2021.

Hunt was credited, according to NFLPenalties.com, with 5 penalties on the season: three false starts and two holding violations. Only 14 offensive lineman were credited with more last season according to the same database, although Hunt was only granted the chance to start in 11 games as a rookie and logged less than 70% of the team’s offensive snaps (720, 68%).

Hunt was the team’s most flagged offensive player in 2020, with only Xavien Howard and Nik Needham (6 penalties apiece) logging more on the entire team than Hunt. The Dolphins, who finished second in the NFL in penalties accepted against them last season with 74 and third in the NFL in penalty yardage assessed against them (635), are a team that takes pride in not beating themselves. So cleaning up this dynamic of the game with more experience in his back pocket should be an easily attainable goal for Hunt.

What’s more is that the nature of his penalties is very straightforward, too. Hunt had 3 false starts last season — now that he’s got a year of NFL experience under his belt and the speed of the game hopefully slows down, Hunt will be able to be more present and focused on the cadence to eliminate these easy yards against the offense each week.

One thing we know is that Hunt will play. The question is where. And if he can clean up the little things to take his game up a notch along the way.