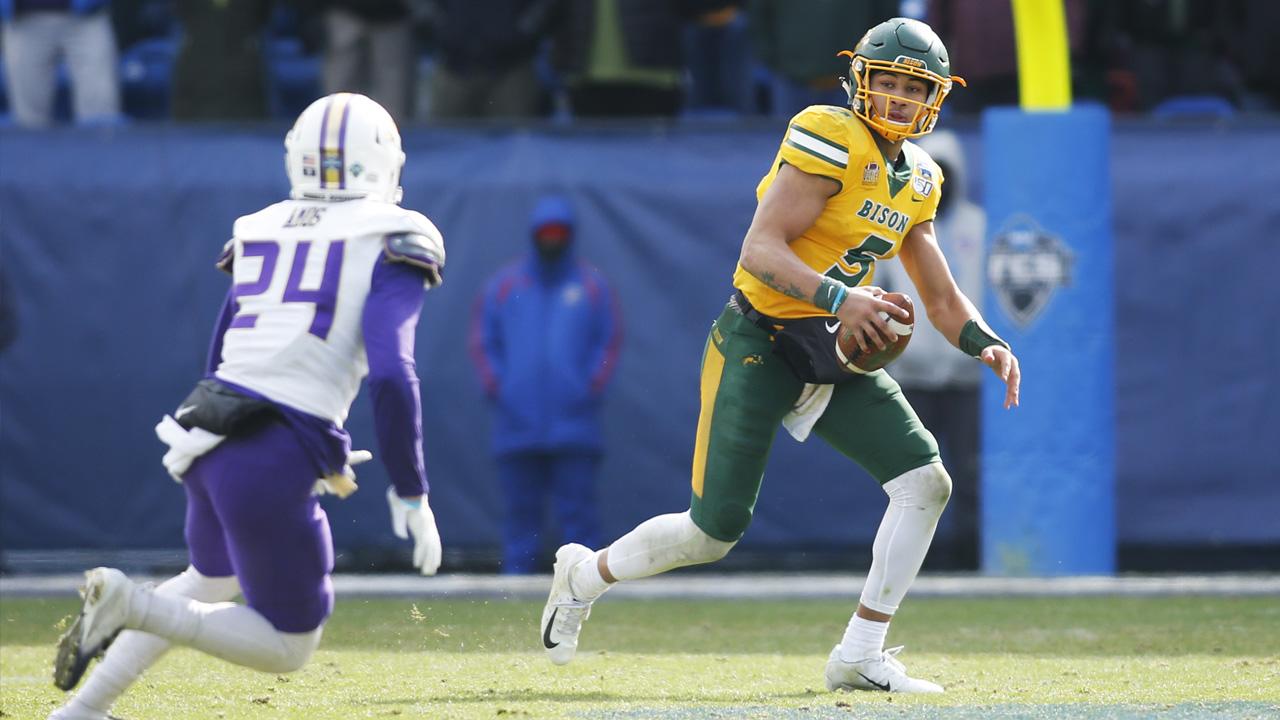 In a draft in which potential franchise quarterbacks seem to be coming out of the woodwork, the Washington Football Team’s name has been thrown into the ring. In the latest 2021 NFL mock draft from Pro Football Focus, Washington makes the jump from no. 19 to grab Atlanta’s pick at fourth overall and drafts North Dakota State QB Trey Lance.

The Falcons have made it known that they’re willing to hear offers for their tasty no. 4 pick, though no movement has been made yet. Lance, along with other quarterbacks like Mac Jones, Justin Fields and Kellen Mond have all been rumored to go somewhere in the top eight picks this year, along with presumed top two picks Trevor Lawrence and Zach Wilson.

Lance has tremendous arm strength and mobility, which, along with his size, draw comparisons to NFL stars like Cam Newton. Lance and Newton share similar measurements (Lance 6-foot-4, 226 pounds; Newton 6-foot-5, 245 pounds) as well as speedy and electric play styles. At his pro day back in March, Lance turned heads with incredible downfield throws and scrambling abilities. His next pro day is scheduled for Apr. 19, and teams like the San Francisco 49ers are expected to attend.

Although Washington made moves this past offseason to shore up its quarterback situation, including signing veteran Ryan Fitzpatrick and re-signing NFC Wild Card star Taylor Heinicke, a long-term answer under center has yet to be determined.

Atlanta will undoubtedly ask for everything but the kitchen sink for its coveted fourth pick, and if Washington indulges, it will likely cost a few key starters as well as a handful of future draft picks. Lance’s athleticism alone makes for an interesting option for WFT to consider heading into the draft, which starts Apr. 29.