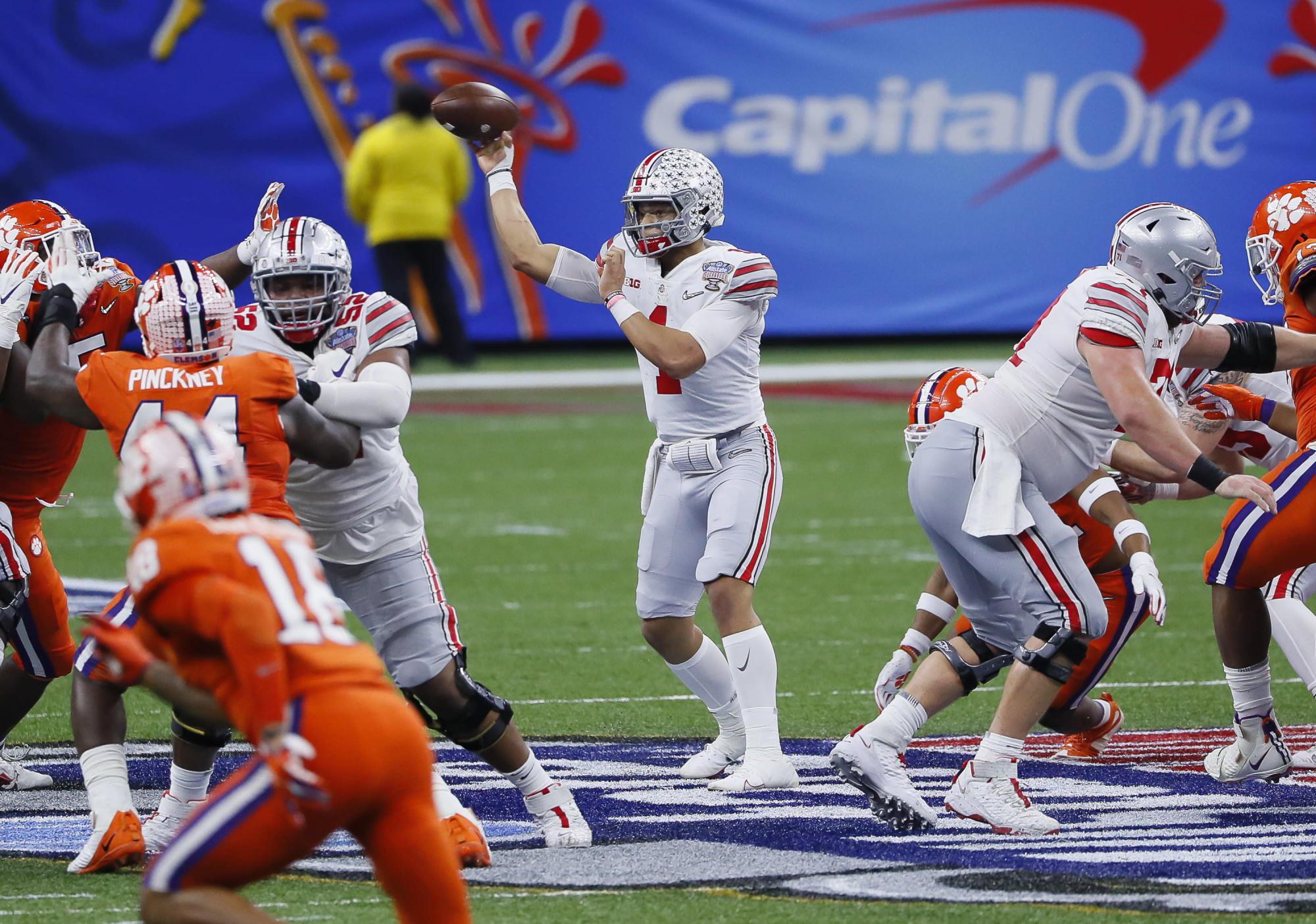 Just because Justin Fields was selected with the 11th overall pick in the 2021 draft by the Chicago Bears doesn’t mean that the run of demonstrably false opinions about Fields the person and Fields the player aren’t still coming down the pike. Because they are. Before Fields was drafted as the guy who would hopefully end a Bears quarterback curse that goes back to World War II, we had heard all kinds of goofiness about the Ohio State alum. There was the whole “He’s a one-read quarterback” thing (nope), the “He’s a slow processor” thing (nope), the “He’s an Ohio State quarterback, so he’s going to be a bust in the NFL” thing (not really worth a rebuttal), the “Maybe his work ethic is questionable” thing, which doesn’t even deserve a response that doesn’t include profanity. The best one of all was the whole “Well, he played baseball, and that might mess up his mechanics” thing, which would surely come as shocking news to Patrick Mahomes, Kyler Murray, Russell Wilson and Matthew Stafford, among others.

For whatever reason, the Draft Industrial Complex has seemed to have it out for Fields since Day 1, and when you look at the young man’s work on the field, it makes no sense at all. The most recent weirdness comes courtesy of The Athletic’s Mike Sando, who polled a number of NFL executives regarding every NFL team’s 2021 draft haul. It’s an interesting piece, but there are some real whoppers in there — for example, I’d love to have a beer with the guy who said that Baltimore’s blocking schemes are simple, so he could explain that to me.

Regarding Fields, one executive said, “Fields is tough and has grit, and I think he will play through things and come out the other side, but I don’t see the pocket awareness or instincts as consistently. When you don’t react as naturally, your talent has a harder time taking over. I do think he is eventually a starter, but what level of starter, we will find out. Chicago really didn’t have much choice, right?”

The Bears traded up from 20 with the Giants to get Fields, so they made their choice, to be sure. Regarding Fields’ pocket awareness and instincts, the executive didn’t go into further detail, but we can.

In any event, it’s just one more hurdle Fields will have to jump in the court of executive and analyst opinion. The good news is that, like so many of the other opinions that have been given air, he’s already proven it wrong.