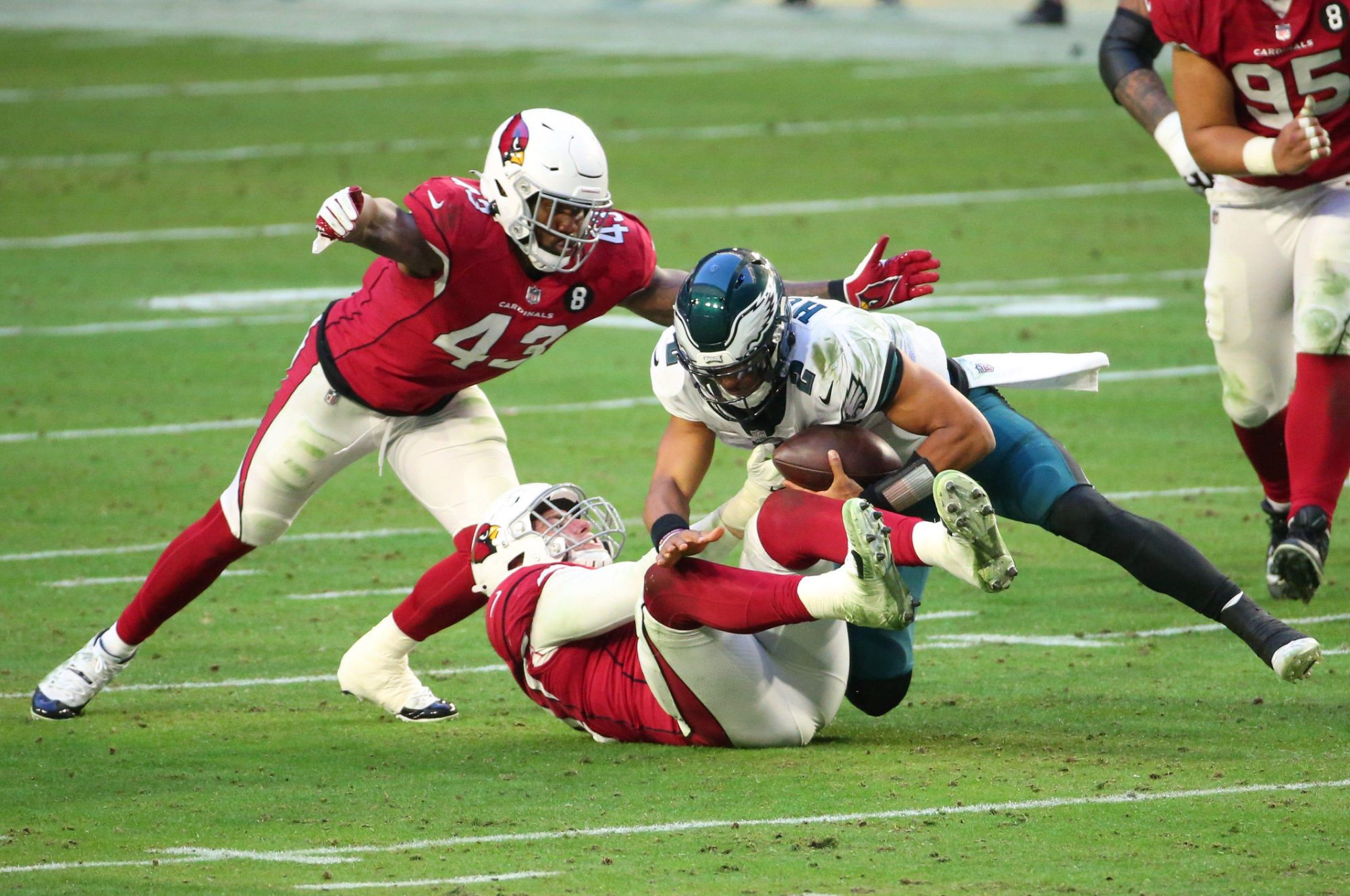 The Panthers have been relatively active in free agency this offseason compared to years past. First, general manager Scott Fitterer cleared a bunch of cap room by restructuring several contracts and getting some dead weight off the books. Then, he started signing a series of low-cost players with the potential to pay off in 2021.

Let’s take a look at one thing to like about each one the team has signed since the new league year.

Perryman highlights Carolina’s 2021 free agent class as he fills the team’s greatest need on defense. Whereas former MLB Tahir Whitehead struggled immensely in coverage, Perryman excels in that part of the game. He also comes in as a hard-hitting run stuffer who relishes in making tough tackles. Arguably the top off-ball linebacker to hit the market, Perryman has 250 solo tackles (26 for a loss), five sacks and eight QB hits in his career.

Perhaps the Panthers’ biggest splash signing, Haason Reddick put together an impressive line last season in Arizona after being moved from inside to outside linebacker, headlined by a single number: 12.5 sacks. Reddick looks to add to an already-potent Carolina pass rush with his newfound ability to pressure the quarterback and be disruptive on the edge.

Former Rams pass rusher Morgan Fox is not a household name like Aaron Donald. However, he’s consistent and versatile for a backup lineman. In his three seasons with LA, Fox has not missed a single game due to injury. In 2020 he racked up six sacks and nine quarterback hits on just 39% of their defensive snaps. Fox also has the ability to line up inside and outside. Former Jets outside linebacker Frankie Luvu will also be contributing to Carolina’s defensive line depth this season – particularly their outside pass rush. In 40 career games with New York, Luvu posted six sacks, 16 quarterback hits and 30 pressures.

Wide receiver David Moore has wheels. He runs a 4.42 40-yard dash and has great game speed, as well. In his first two years with Seattle, Moore averaged over 17 yards per catch. Moore can also line up in the backfield, but his ability to stretch the defense vertically will help more. He’s caught 13 touchdown passes in his career to go with 51 first downs.

Last season, Arnold had the highest average depth of target (ADOT) of any tight end in the league, adding the third-highest quarterback passer rating when targeted of any tight end with 40+ targets. Whoever starts at QB next year for Carolina could definitely use Arnold’s ability to break off large chunks of the field.

While neither has proven exceptionally flashy during their time in the NFL, both Elflein an Erving offer depth and flexibility. Elflein, 26, has the ability to play any interior line position (center or guard), though we project that he’ll start at left guard for the team this season. Erving, 28, can play either tackle position and we predict that he’ll be serving as Carolina’s swing tackle unless something goes terribly wrong.

Rashaan Melvin will be playing for his tenth NFL team this season after opting out in 2020 due to COVID-19 concerns. For a young cornerback room composed of players like Donte Jackson and Troy Pride, Jr., experience is vital and Melvin provides that, with 64 games and 40 starts under his belt in a number of different defensive schemes.

Last offseason, Carolina had a robust backup running back competition between Reggie Bonnafon, Jordan Scarlett and Trenton Cannon. This year, Clark will be competing with Rodney Smith, Bonnafon and Cannon for the RB2 spot behind Christian McCaffrey after the team lost Mike Davis to the division-rival Falcons in free agency. Clark can also return kicks and contribute on special teams coverage, two things that figure to help him gain an edge in that battle. [vertical-gallery id=635168]