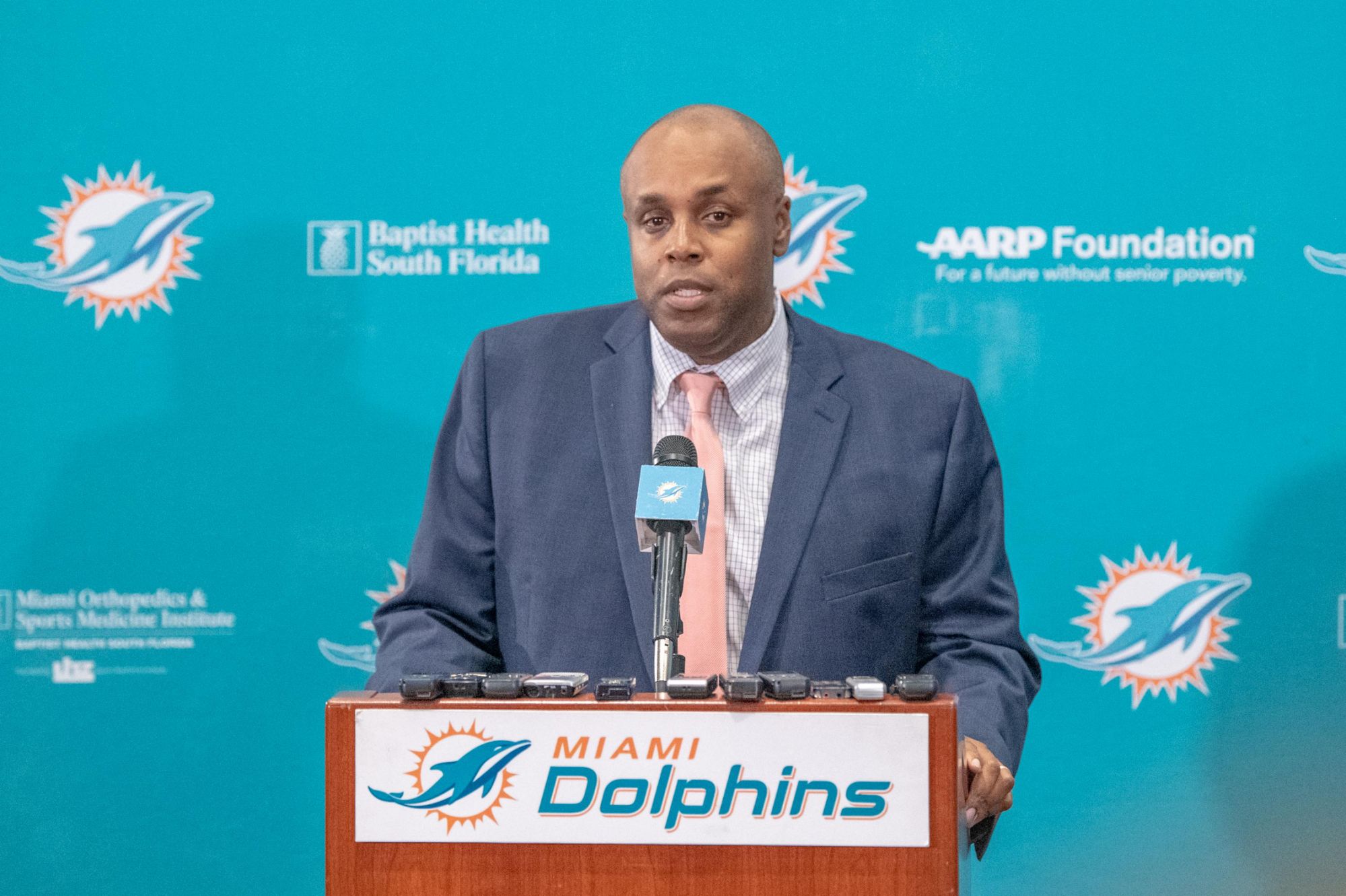 First thing first: the Miami Dolphins made the move back up to the No. 6 overall pick from No. 12 because they presumably want to target a top pass catcher in this year’s NFL Draft — and doing so at No. 12 overall seemed fairly unlikely for Miami. So the Dolphins’ main objective their second trade from Friday was to be in position to build up the roster and get weapons to help their offense in 2021 and beyond.

But there are other benefits to the Miami Dolphins sitting at No. 6 after moving out of the No. 3 overall pick. And those benefits could also go a long way in helping the team win in 2021 (and beyond).

The Miami Dolphins, now picking 6th, get to play a little bit of defense with the NFL Draft order — primarily with their division rivals from New England apparently going all-in for the short-term. Many speculated that the New England Patriots were gearing up to trade up for a quarterback in the 2021 NFL Draft. But that outlook is suddenly much more challenging with the Dolphins once again sitting right in the middle of the top-10 picks.

This isn’t what you pay a 2022 1st-round pick for, but it certainly doesn’t hurt. Because with the San Francisco 49ers now picking third, the fourth quarterback in this year’s draft (presumably either Justin Fields or Trey Lance) only has two opportunities to come off the board before the Dolphins once again find themselves on the clock. And with three potential quarterback landing spots directly behind the Dolphins in Detroit, Carolina and Denver, the New England Patriots are suddenly facing a tall task to get a top quarterback prospect.

Had Miami stayed at No. 12, the Patriots’ easiest access point into the quarterback queue would have been a trade with the Eagles at No. 6 for themselves — but the Dolphins cut that opportunity off before anyone could blink. With the Patriots scheduled to pick No. 15, the team would have to completely sell out to coax Atlanta or Cincinnati out of the top-5 picks to allow the Patriots to go get QB4. And that goes without saying that the Carolina Panthers pick at No. 8 and are still expected to aggressively pursue a quarterback.

So while the move to trade back up to No. 6 may have been an unconventional one after moving down from No. 3 for Miami. But the team is now once again positioned to land a top skill player or potentially move back a few spots once again if they like how the board falls at No. 6 and, as an added bonus, they’ve stepped on the toes of their division rival’s quarterback search.