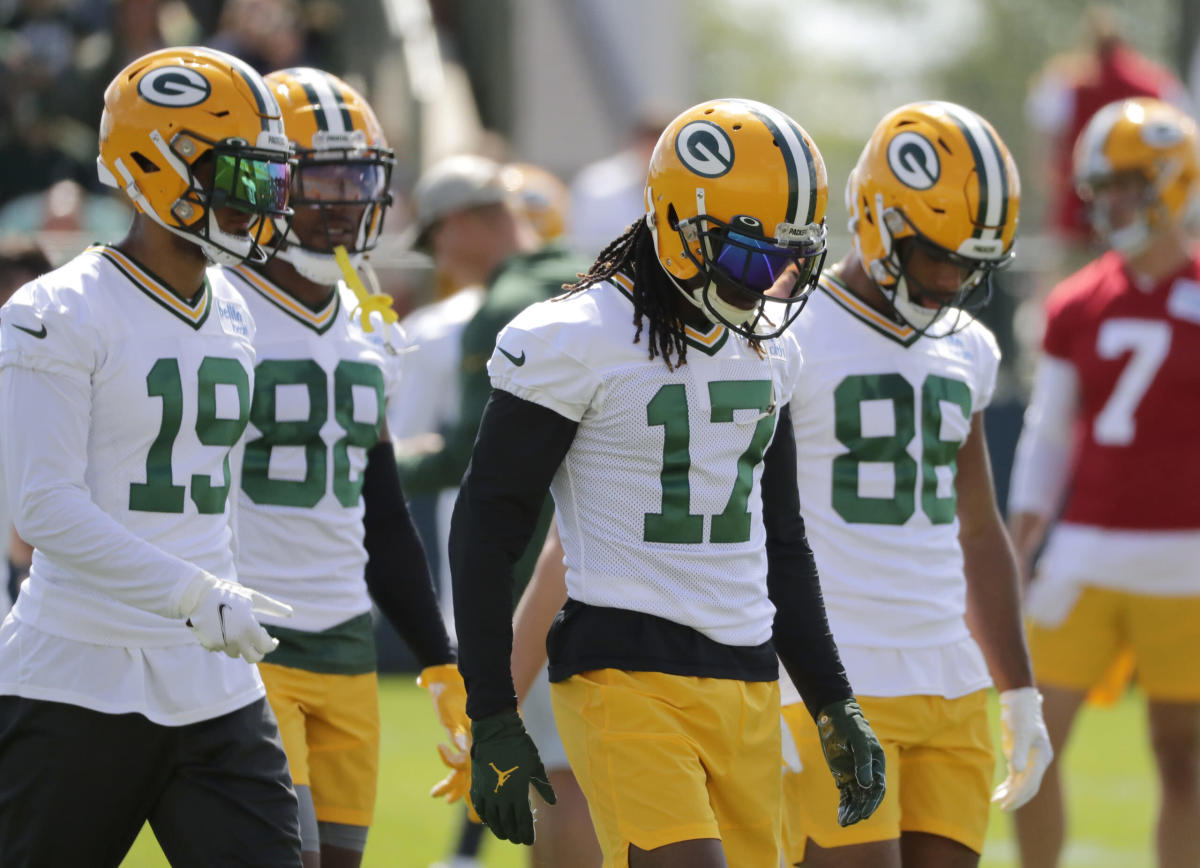 The competition for a spot on the Green Bay Packers’ roster gained some much-needed clarity on Wednesday.

The team placed veteran wide receiver Devin Funchess on season-ending injured reserve. After a strong performance in the preseason opener (six catches, 70 yards), Funchess injured his hamstring during joint practices with the Jets and will no longer factor into the team’s plans in 2021.

The Packers now have a few options, some appearing more likely than others:

– Keep six receivers, including Malik Taylor. He made the 53-man roster last summer, and he’s been terrific this preseason. Brandon Carwile of Packers Wire highlighted his performance against the Jets here.

– Keep six receivers, with the sixth receiver being Equanimeous St. Brown, Juwann Winfree or Reggie Begelton. St. Brown made the team last year, Winfree was excellent for much of the offseason before an injury, and Begelton is an improving player in Year 2 in Green Bay.

– Keep seven receivers, with some combination of two players listed above. Highly unlikely, but possible if the Packers think Taylor and one of the others deserve to make the team.

The most likely option appears to be keeping six receivers with Taylor as the sixth. He might be the most well-rounded player – in terms of athleticism, blocking, special teams contributions and receiving potential – among those competing to be the sixth, especially with Funchess out. His availability – the key here – combined with solid performances during the preseason might be enough to lock in a roster spot.

Saturday’s preseason finale will be interesting.

Winfree and St. Brown have both been injured, but they probably need to play against the Bills to make the team. Winfree was a star of the offseason workout program and had a terrific start to camp, but he’s been out for two weeks. St. Brown has participated sporadically during camp. Neither is in a strong position. On the other hand, Taylor and Begelton would both have the opportunity to keep stacking success. They’ve been healthy, and they are improving week to week. And the added caveat here is that Jordan Love will likely play after missing last week with a right shoulder injury.

If the Packers keep a sixth receiver, who should it be? Vote below.

32 potential trade targets, one from every NFL team