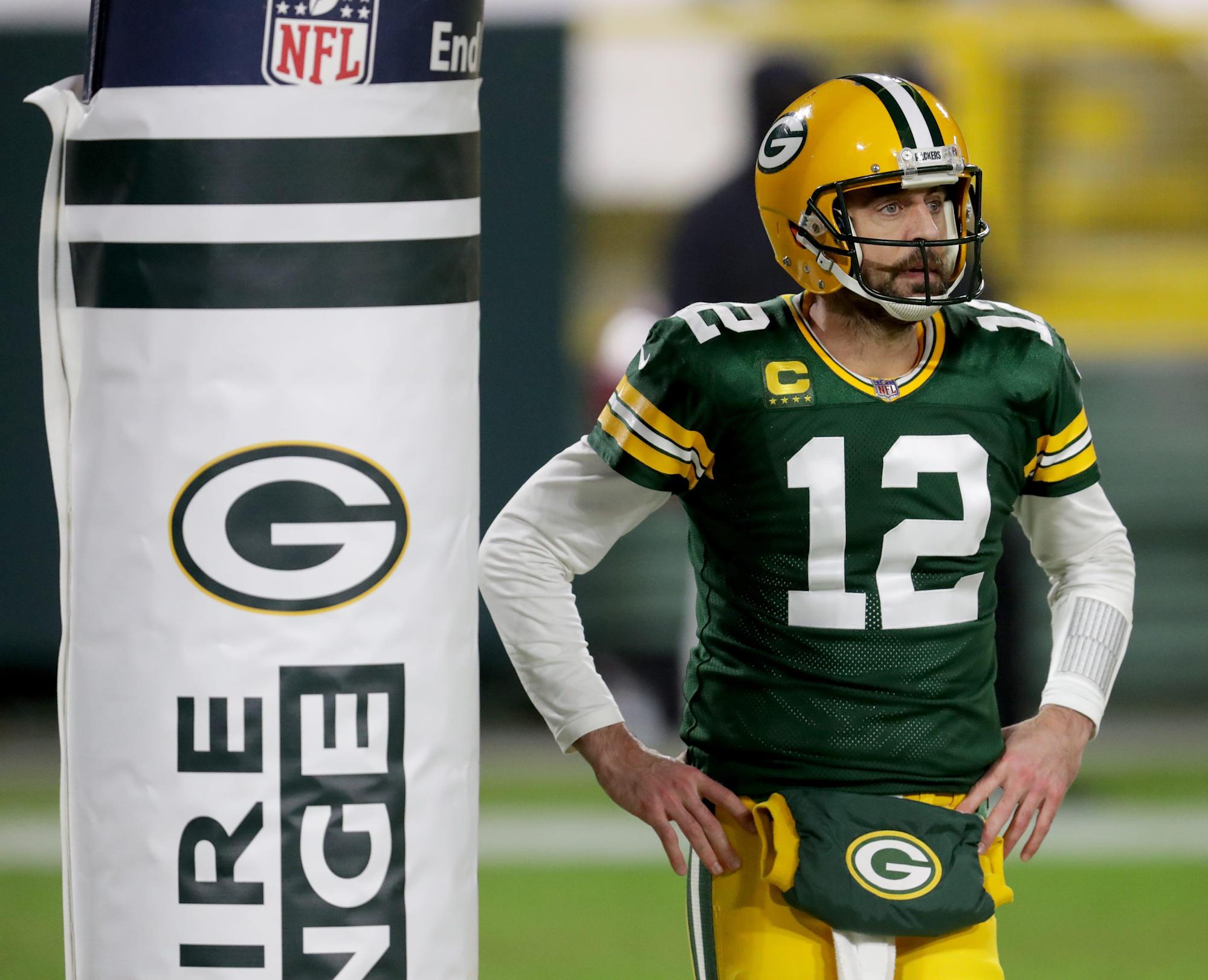 GREEN BAY, Wis. – The Green Bay Packers could find out just how serious Aaron Rodgers is about never taking a snap for them again by the end of this week.

The most likely outcome in the standoff between team and quarterback might be a long, drawn-out process, but there’s a way Rodgers can send a definitive message about his future to the Packers in the near term. NFL players have until Friday to opt out of the 2021 season because of COVID-19, an option they also had in 2020. The opt-out is available only for players whose contracts went into effect before Oct. 1, 2020.

If he opts out, he would retain the $11.5 million proration of his signing bonus as well as a $6.8 million roster bonus paid in March. He risks forfeiting that $18.3 million if he instead holds out from training camp, which starts in late July. Rodgers held out from the team’s mandatory minicamp earlier this month. It’s unclear whether the Packers excused his absence.

Rodgers would not be the first Packers player to opt out because of COVID-19. A year ago, receiver Devin Funchess opted out of the 2020 season. Funchess’ one-year, $2.5 million contract carried over to this year.

The same would theoretically happen for Rodgers, who is 37, with the remaining three years left on his contract. However, Rodgers pushing the opt-out button would be a clear signal to the Packers’ front office that he is unwilling to compromise. It could force general manager Brian Gutekunst’s hand.

ALEX SMITH: Aaron Rodgers deserves to get what he wants from Packers

Gutekunst has been steadfast through this offseason that he will not trade Rodgers under any circumstances, hoping the three-time MVP quarterback will return this fall.

“Our desire,” Gutekunst said after the draft in late April, “is to have Aaron as our quarterback and leading this team and competing for championships. So it’s a little bit of a hypothetical. So we’ll get to that. We’ll cross that bridge when we get to it.”

Rodgers has a chance to force the Packers into crossing that bridge much earlier than they would like. Soon, the team could know if there is any chance in reconciling with its franchise quarterback.

This article originally appeared on Packers News: Packers’ Aaron Rodgers could opt out of 2021 season due to COVID-19