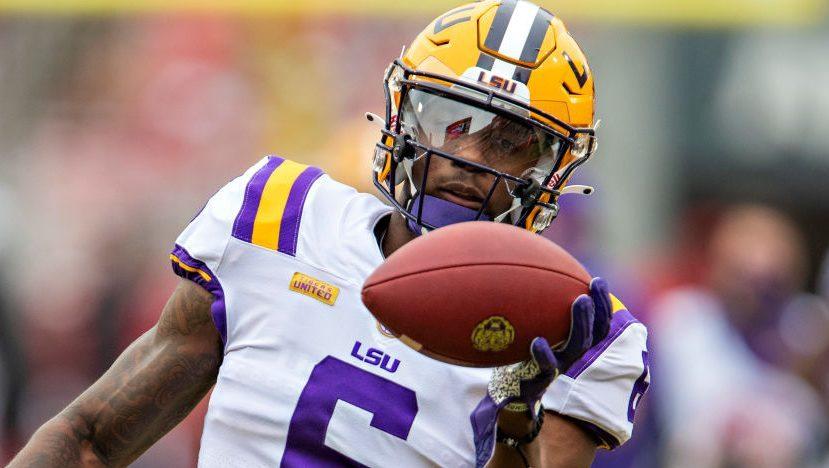 The Panthers shifted gears at the last minute while they were on the clock in the second round of the draft, taking LSU wide receiver Terrace Marshall with the 59th overall pick because they believed that the Saints, who had the 60th pick, were about to take him.

The Panthers had two players they particularly liked as the 59th pick approached: Marshall and BYU offensive tackle Brady Christensen. According to Darin Gantt of Panthers.com, Christensen was probably going to be the pick at 59, until the Panthers got a call tipping them off that the Saints were about to take Marshall 60th overall.

It’s unclear who the call came from, but the Panthers thought it was legitimate enough to make them take Marshall instead of Christensen. It worked out well for the Panthers, who later traded up to the 70th overall pick and got Christensen there.

Panthers drafted Terrace Marshall at No. 59 after hearing Saints wanted him at No. 60 originally appeared on Pro Football Talk