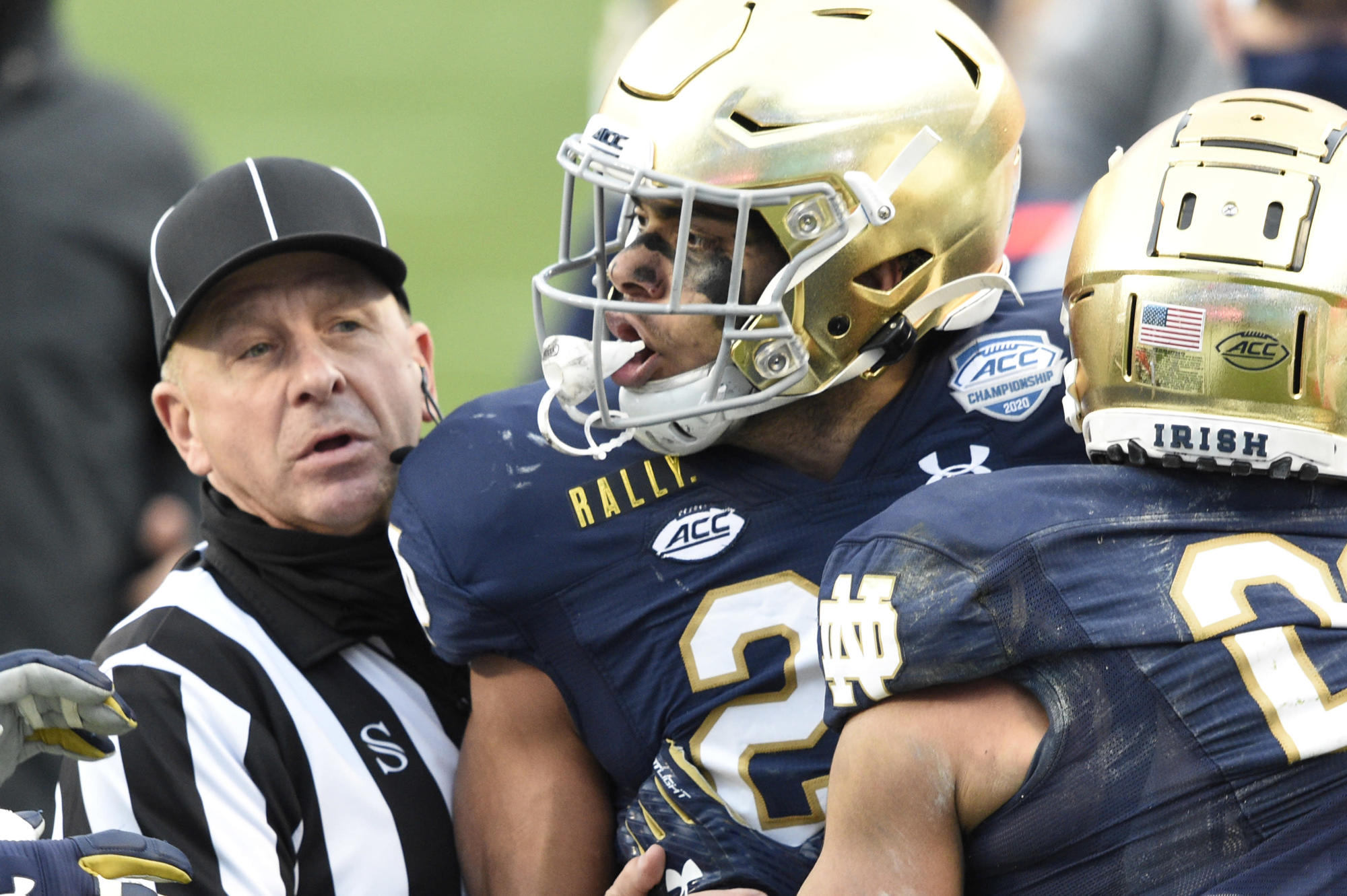 Why are Carolina Panthers fans so down on the team’s tight end situation? That spot has turned up more production than the game’s best player at the position, Travis Kelce and he had a hell of a 2020 season.

That’s a problem that needs some fixing. And offensive coordinator Joe Brady believes third-round pick Tommy Tremble can be part of that solution.

“I think Coach Ang (tight ends coach Brian Angelichio) has done a great job of working with him in developing his game in the pass game. . . I don’t see Tommy as a guy that’s just a run blocker. I see a guy that I think ‘Is he gonna be a complete tight end?’ So it’s our job right now, OTAs and training camp, to just find out exactly what he can [do] and just kinda evolve and roll with that.”

Tremble’s numbers in his two years at Notre Dame weren’t all that sexy, having mustered up just 401 yards and four touchdowns over 19 games. The 6-foot-3, 241-pounder was utilized as more of as a run blocker for the Fighting Irish, a role he was particularly effective and efficient in.

Brady went on to praise Tremble’s position mates as well, Dan Arnold and Ian Thomas, for their output thus far.

“I’ve been pleased with their work ethic. They’re making plays in the passing game and they’re developing their game in the run game. . . I don’t want tight ends sitting there just trying to focus on one thing or the other. I think that unit, that tight end room right now understands the importance of being complete tight ends.”

At least one of Tremble, Arnold or Thomas has to break out for the Panthers in 2021. Despite not having the actual pro reps like the other two just yet, the rookie’s eye-opening athleticism could give him a promising head start.