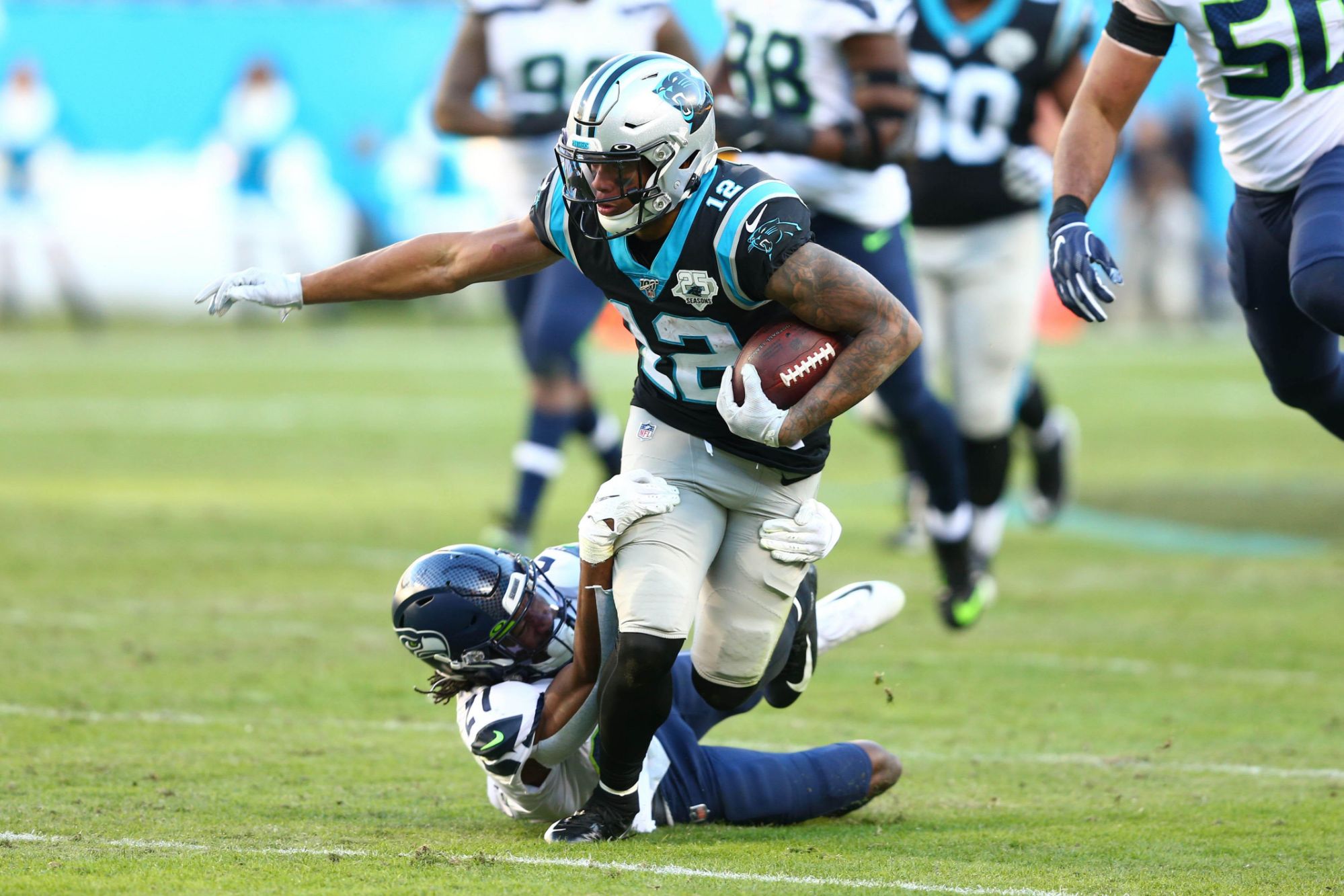 The NFL has more than a few completely stupid and arbitrary rules regarding what players can and can’t do. One of the worst is the enforcement of rigid guidelines for which numbers players can wear on their jerseys based on their positions.

Good news: the Chiefs have proposed a rule change, which would expand on the numbers players can choose.

If the rule passes, we could see a lot of players switch numbers this offseason. Panthers wide receiver D.J. Moore seems to be interested, for one. He shared a tweet today eyeing a change from No. 12 to No. 2.

Moore would in fact be able to wear No. 2 if it passes. Credit another good idea to move the game forward by Kansas City.

In case you’re wondering, Moore wore No. 1 during his time at Maryland. Taking Cam Newton’s old number probably would be met with some resistance by Carolina’s fanbase, though. Perhaps Moore just wants to get as close as he can to his old one without stepping on any Cam fan toes.

Whatever he wears, things should be looking up for Moore this year. Despite some significant chemistry issues with quarterback Teddy Bridgewater, Moore still produced 1,193 yards and four touchdowns last season. Unfortunately, Moore’s catch rate dropped from the mid-60s down to 55.9% in 2020. Every QB/WR combo is a two-way street so it’s difficult to suss out who’s truly at fault for their misfires, but ultimately the quarterback bares responsibility in these situations, whether it’s fair or not.

Keep in mind, Moore is still only 23 years old and has time and room to grow as a receiver. The strides he made on contested catches in 2020 was one area that stood out that he’s improved a great deal in. If the Panthers get an upgrade at quarterback this offseason and he has a better rapport with Moore, the numbers he’s capable of putting up could be staggering.