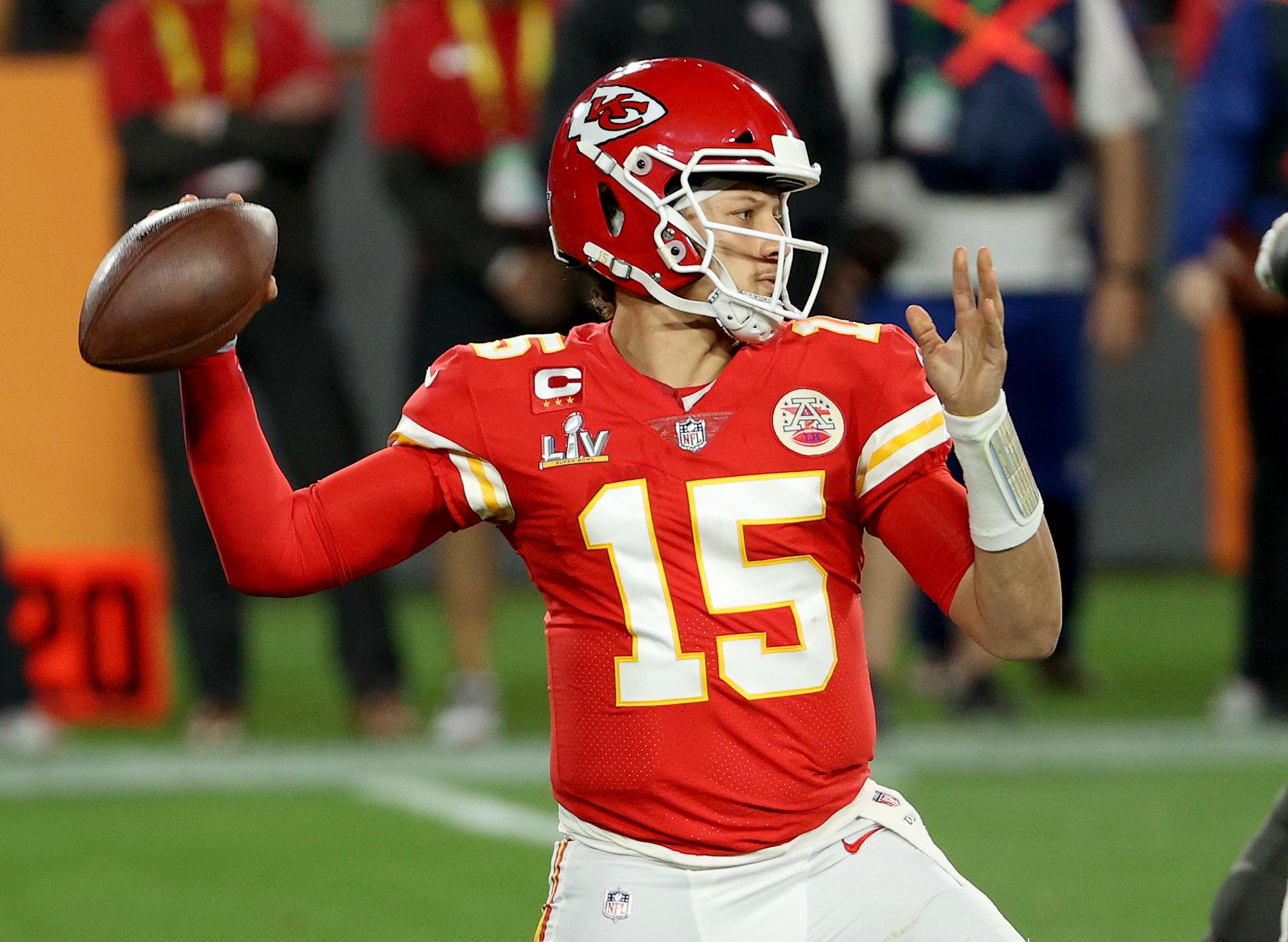 There’s Patrick Mahomes and then there’s everyone else for NFL MVP in 2021. At least according to bettors at BetMGM.

Bettors are very enamored with Mahomes’ chances at winning a second MVP award this season. Mahomes’ odds to win MVP are at +500 and he’s the most-bet player for the award with 14.1% of wagers.

Those are big money wagers too. Nearly 43% of the handle — the total money wagered — is on Mahomes to win. No other player has more than 9% of the handle. That includes the immortal Tom Brady. The Buccaneers QB is the pick of 3.7% of bettors and just 1.5% of the handle is on Brady to win. Eight players have more bets than Brady.

The second-most bet player is a player that Mahomes recently quipped about. Los Angeles Chargers QB Justin Herbert is the choice of 10% of bettors. Unlike Mahomes, those are small dollar bets. Just 9% of the handle is on Herbert.

The other Los Angeles QB is the third pick of bettors. New Rams QB Matthew Stafford is the pick of 9.5% of bettors and 7.7% of the handle is on Stafford to win.

Bettors are also not bullish on a non-QB winning the MVP award. Titans RB Derrick Henry (+2500) is the most-bet non-quarterback at BetMGM … and he ranks behind 14 quarterbacks. Just 2.1% of bets and 1.3% of the handle is on Henry. There are more bets on new Colts QB Carson Wentz, Eagles QB Jalen Hurts and Bengals QB Joe Burrow to win the MVP. Adrian Peterson in 2012 is the last non-QB to win the award.

Packers QB Aaron Rodgers is also not a popular pick to win. Despite his status as the No. 2 favorite behind Mahomes, Rodgers is No. 20 among most-bet players. Just over 1% of wagers are on Rodgers to go back-to-back and only 0.6% of the handle is on Rodgers.

Perhaps that’s for a good reason. Just four players have won back-to-back MVP awards and no one has done it since Peyton Manning did in 2008 and 2009.

Here’s a list of the top favorites for the MVP award before training camps begin across the NFL.