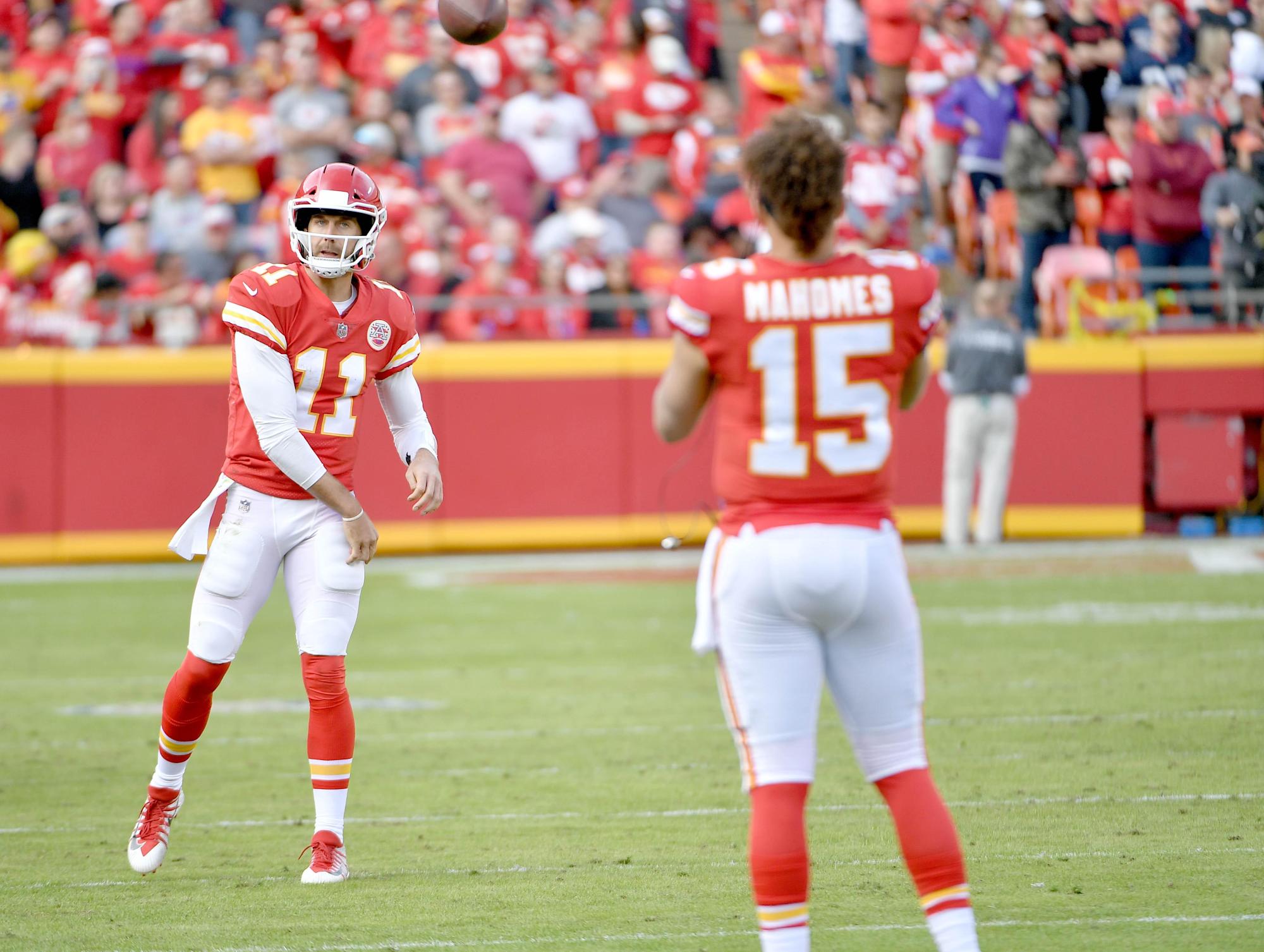 Kansas City Chiefs quarterback Patrick Mahomes will have a chance to ascend franchise leaderboards for career passing yards in 2021.

Mahomes has shattered numerous league and franchise pace records already in young his career. Through Mahomes’ three-year career as a starter, he’s already amassed an impressive 13,868 passing yards (not including postseason play). That number is currently good for the fifth-most in franchise history, which gives you a bit of perspective on the Chiefs’ quarterback woes throughout the years.

During the past three seasons, Mahomes has averaged 4,623 passing yards per year. If Mahomes just continues to hit his average in passing yards, he’ll finish the 2021 NFL season with 18,491 career passing yards. That number is good enough to bring Mahomes up to third in franchise history.

It’d drop Bill Kenney, starter from 1980-1988, down to the fifth-place ranking with 17,277 career passing yards. Mahomes would also pass over his former teammate and mentor, Alex Smith, who had 17,608 passing yards in five seasons as the Chiefs’ starter. Smith would then hold the fourth-place ranking.

Mahomes already has the best career completion percentage (66%) among franchise quarterbacks who’ve thrown at least 100 passes. He also ranks third in franchise history in passing touchdowns with 114 thrown through three seasons. Moving up the franchise leaderboards in passing yards will only help cement his future legacy, where he’ll surely be known as the best quarterback to ever play in Kansas City.

If Mahomes continues his pace through the 2022 NFL season, he would rank second in franchise passing yards to only Len Dawson. He can accomplish that feat in just his fifth season as a starting quarterback in the NFL.