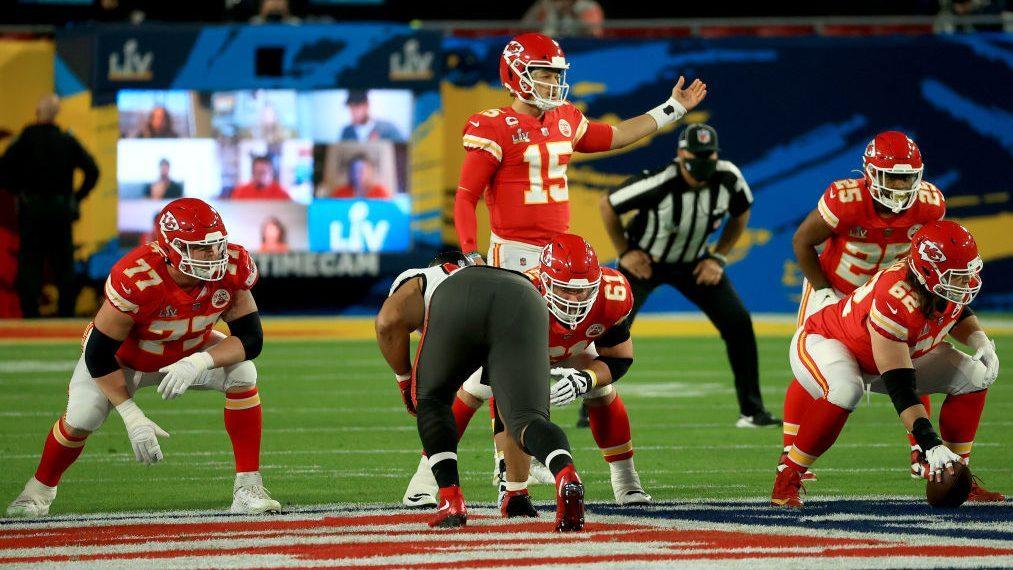 Kansas City Chiefs quarterback Patrick Mahomes will line up this fall behind an offensive line that is almost entirely new to him. With four new additions and a fifth starter now in a different position, it will be a pretty sizable change for a team that has made it to the last two Super Bowls.

The remade unit has been able to start getting some work in to build itself into a cohesive unit in time for the start of the regular season during OTAs. Mahomes said Thursday that the early stages of working together have been positive for the Chiefs.

“I think that whole group, it’s good to be out here and have these guys here. You start building that chemistry, that communication that you need as an offense, and I think we do a good job of learning and not making the same mistake twice,” Mahomes said in quotes distributed by the team.

Mike Remmers is the only returning piece from last year’s group and he started games at multiple positions last year, including both tackle spots and guard. Remmers will now set to be the right tackle full-time as Mitchell Schwartz remains a free agent. Orlando Brown comes over from the Baltimore Ravens in a trade to take over from Eric Fisher as the new left tackle. Joe Thuney signed with the Chiefs after five years with the New England Patriots to handle left guard. Kyle Long came out of retirement to sign with the team as the new right guard and second-round pick Creed Humphrey will be the new center.

“The big guys are working their tails off to kind of knock out some of the kinks and learn the offense, learn the protections,” head coach Andy Reid said. “Coach [Andy] Heck does a great job with that, and he’s loaded them up with stuff. So, we don’t want to step back, we want to keep going forward.

“Then [defensive coordinator Steve Spagnuolo], he’s got every look that you can imagine to work on, so I think that way it’s great from a protection standpoint. … I think they’re handling it well and they seem to be talking and communicating. Again, there are some things we’ve got to keep working on, but I would expect that.”

Having that many changing pieces on the offensive line could present a number of issues to overcome as the team prepares for the upcoming season. However, having three proven veterans with just one rookie addition as a part of the mix should make the transition a bit less daunting for Mahomes and the Chiefs Offense. Now it’s just a matter of getting the reps in to build the chemistry up in time for September.

“To have a new group of guys that are obviously extremely intelligent and know how to play the game and show how I communicate and how I do things at the line of scrimmage, and us build that chemistry again, it’s going to really help us in the long run as we continue to learn each other,” Mahomes said.