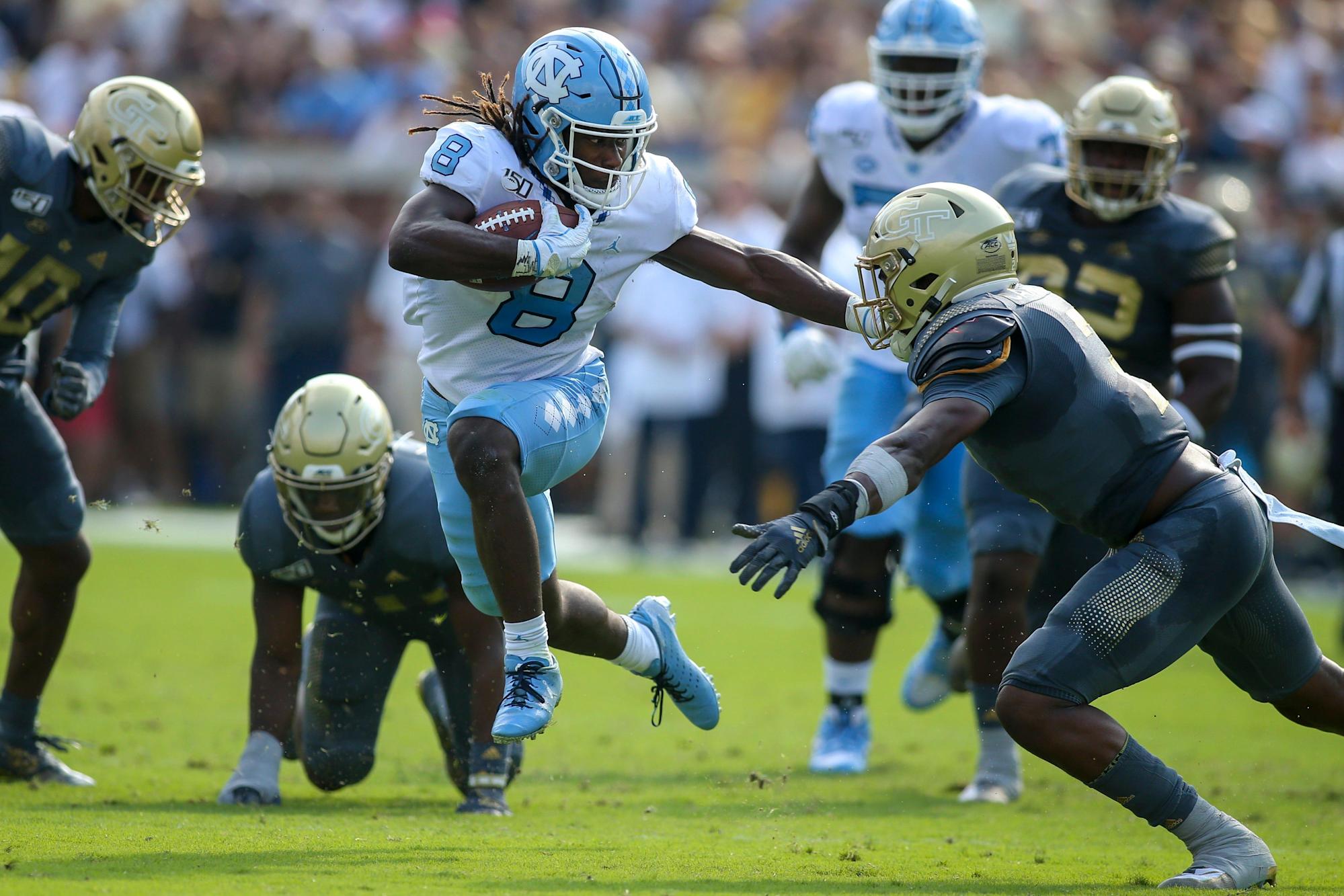 Finding a steal in the NFL draft is always tough, but the task was exceedingly difficult in 2021.

With the COVID-19 pandemic forcing restrictions to the scouting process and complicating the college football season, the information available to teams on many prospects frequently fell short of past levels. And with many players opting to return to school amid the uncertainty, especially given the NCAA’s granting an extra year of eligibility, the talent pool was particularly shallow.

NEVER MISS A SNAP: Sign up for our NFL newsletter now for all the football coverage

With that said, there were still a number of players who look as though they could outperform expectations for their draft slot in short order. Here are the 15 biggest steals from this year’s draft:

The only first-round pick on this list offers immense value in both the short and long term. A smooth, polished route runner who can win contested catches and beat cornerbacks off the line of scrimmage with clean releases is exactly what Lamar Jackson needs to stabilize this passing attack. The 6-0, 193-pound target isn’t the same caliber of athlete as the top three receivers who all went in the first 10 selections, but he could put himself in the same tier as them with his refined, pro-ready game.

After making BYU quarterback Zach Wilson the No. 2 pick and perhaps the defining move of his stewardship of the Jets, GM Joe Douglas also used his next three selections to provide the young passer with ample support. Moore, a shifty and savvy slot receiver, should pair especially nicely with Wilson. The 5-10, 178-pound speedster can threaten defenses downfield, but his primary value might be as a trustworthy underneath target who can help the daring quarterback dial back his devil-may-care approach into something more efficient to deploy against NFL defenses.

Bill Belichick landing the player who wrecked Notre Dame and Ohio State’s fronts in the College Football Playoff should be a concern to offensive line coaches throughout the NFL. While Barmore’s wild playing style often works to his detriment, New England looks like the perfect landing spot for the 6-4, 310-pound disrupter, as he’ll be able to sharpen his skills over time while still leveraging his considerable athleticism to stop plays in the backfield.

In another year defined by their split from consensus, Mike Mayock and Jon Gruden earned widespread acclaim for at least one of their picks. Moehrig ranked as perhaps the top overall safety in the class, though he was the third player selected at his position. Able to play up high or in the slot, the smooth and well-rounded 6-1, 202-pound coverage standout can be a salve for a Raiders secondary that’s been burned too often by poor safety play.

Arizona was intent on improving a passing game that, outside of DeAndre Hopkins’ heroics, largely went stale. Enter Moore, one of college football’s best playmakers in space, albeit one who drew doubt about his pro potential given his frame (5-7, 181 pounds) and injury history. When asked how tall he is, the receiver has replied “fast,” and that should prove a sufficient answer for coach Kliff Kingsbury and the rest of an offense that’s ready to be livened up.

Exhibiting a newfound sense of flexibility and patience, GM Dave Gettleman – or “Trader Dave” as he was playfully coined after moving back in the draft for the first time in his career – managed to net key assets for himself while maneuvering around the board. Yet at No. 50, he still landed a pass rusher worthy of the first round in Ojulari. While some might be concerned with how a 6-2, 249-pound linebacker can beat NFL offensive tackles, Ojulari has a winning formula with his explosive first step, impressive length and smooth cornering.

Did the dreaded tweener label cost the 6-2, 221-pound hybrid defender on draft day? Regardless of the reasoning for Owusu-Koramoah lasting to the middle of the second round, nabbing him at this point is a boon for GM Andrew Berry. So long as Owusu-Koramoah reins in his risk-tasking style, his ability to handle a variety of coverage assignments should come in handy for one of the NFL’s most complete outfits.

At 6-3 and 205 pounds with 4.38-second speed in the 40-yard dash, Marshall is a rare deep threat. He faced concerns about his injury history and still must become a more complete receiver, but Marshall is the kind of target who will allow Carolina to ramp up its offensive aggression as the team tries to strike downfield more often. And it doesn’t hurt that he already has experience in offensive coordinator Joe Brady’s system.

Between the additions of Barmore and Perkins, New England’s pass rush looks reloaded. While he might be no more than a rotational player behind Matthew Judon and Kyle Van Noy early in his career, Perkins can be a productive contributor with big upside once he diversifies his arsenal of moves.

A solid slot corner is nothing to sneeze out, and no player in this class is as comfortable with the responsibilities of operating inside as Molden is. Though he is undersized and doesn’t have great long speed, his instincts shine through on nearly every play, and he tends not to cede anything easy underneath. The Titans also could have another steal with their first pick in Virginia Tech’s Caleb Farley, a top-10 talent who was bumped down after questions about his back.

Not to be confused with his Jets classmate of the same name, Carter stands as another multitalented threat ready to contribute as a rookie. While his patience and elusiveness serve him well as a runner after he averaged 7.9 yards per carry last season, the 5-8, 201-pound back could also take on a key role in the passing game thanks to his penchant for creating mismatches in space.

Two days after using their top pick on an electric downhill disrupter in Penn State linebacker Micah Parsons, the Cowboys took a different tack to start Saturday. Cox will make his mark in coverage whether draping tight ends or handling running backs in space. His play might not be flashy, but his skill set should give him staying power.

Having caught 51 passes for 610 yards in 2019 before opting out of last season, Gainwell projects as a back who can be a prominent figure in the passing game, operating comfortably out of the backfield and split out wide. That kind of safety valve could be vital for second-year quarterback Jalen Hurts, who might still have few reliable options in the receiving corps even after the addition of first-rounder DeVonta Smith.

A one-year starter who made the jump to the NFL after a breakout junior campaign, Johnson didn’t have an extensive body of work on which to fall back. His coverage range and knack for tracking balls to make a play in the air, however, are highly promising traits that are worth developing.

A player selected with a compensatory selection in the sixth round is typically a long shot to make an NFL roster, and Smith’s medical history – he was diagnosed with blood clots in his lungs in 2018 – further complicates matters. But the mauling 6-6, 321-pound blocker vowed after the draft that he is “completely healthy,” and he otherwise has the profile of a player who would have been selected in the middle of Day 2.