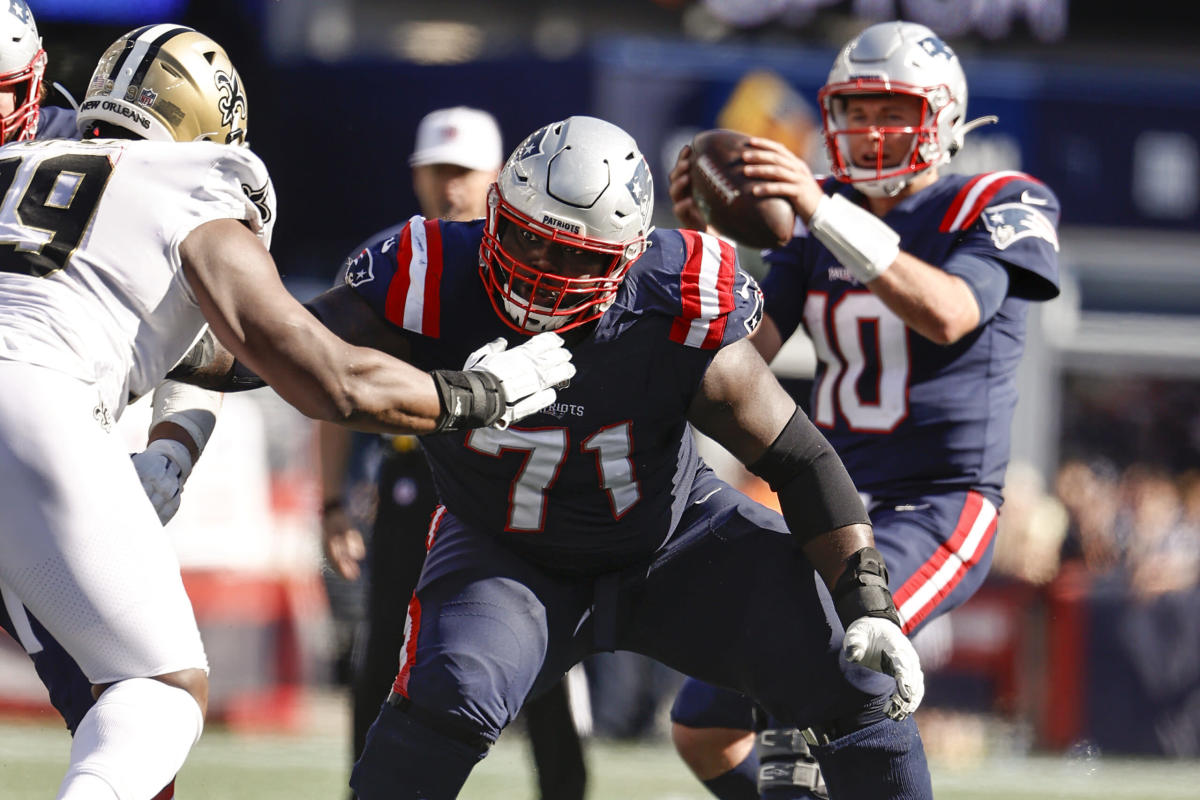 The New England Patriots entered the 2020 draft needing to fill several areas of the team. They selected safety Kyle Dugger with their top pick, a second-rounder. But he hasn’t been the only member of the draft class to make a big impact.

Guard Mike Onwenu was a sixth-round pick for the Patriots. After doing their homework on him prior to the draft, they selected him with the 182nd overall pick. His blocking ability as well as his versatility has proven to be extremely valuable for New England.

Thursday, ESPN’s Ben Linsley included Onwenu on his All-2020 NFL Draft team. He started 16 games last season, and played 10 of them at the right guard position. Although he has seen his role decrease a bit this season, he is still a valuable piece for the Patriots off the bench.

“Onwenu has played more snaps at tackle (892) than he has at guard (549) through his first 27 career games. He’s also not currently in the Patriots’ starting lineup, as Onwenu instead has operated as the do-it-all sixth offensive lineman over the past several weeks.

“Even so, the sixth-round pick has been PFF’s highest-graded guard from last year’s draft class in both 2020 and 2021. One big reason is his success as a run blocker, particularly in gap schemes. Onwenu’s 85.9 run-blocking grade when lined up at guard ranks sixth among players with 500-plus snaps at the position since the start of 2020.”

With the Patriots posting a strong offensive line, Onwenu as a depth piece could prove to be valuable for the Patriots in the long run. Especially as the competition gets stiffer, the Patriots may need him and his experience to help stabilize the unit.

Stars, studs and duds from the Patriots’ massive win over the Titans