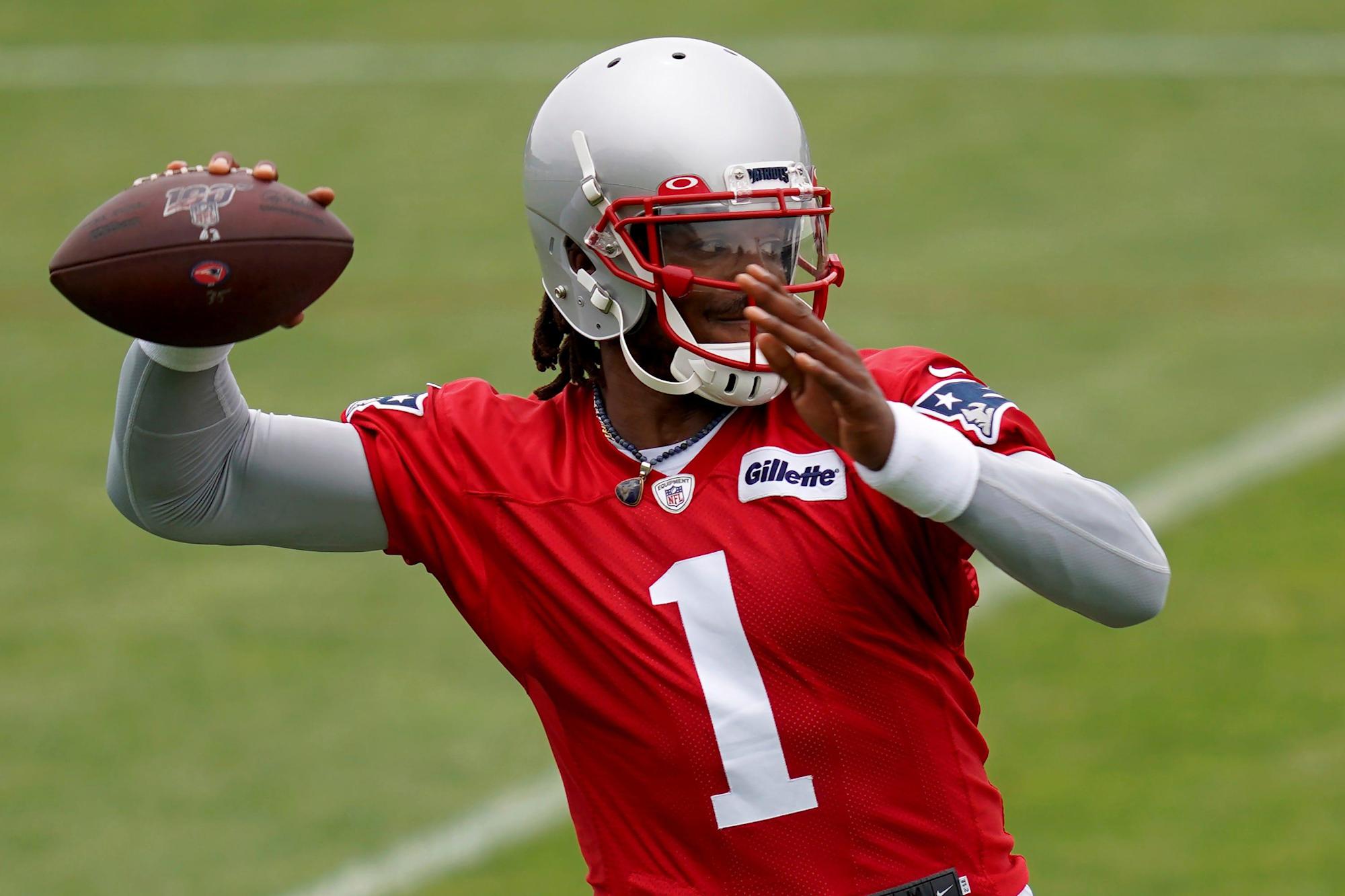 Cam Newton hasn’t been seen on the practice field since suffering a hand injury last week and won’t be at Patriots practice on Thursday. However, Bill Belichick says the veteran quarterback’s injury isn’t serious.

The Patriots coach gave a brief update on Newton during his Thursday morning news conference.

When asked if the hand injury was “serious,” Belichick responded, “No. He’s not out there, but I think he’ll be all right. Yeah.”

Newton suffered his hand injury last Friday when the media was in attendance for practice. It occurred after an 11-on-11 drill. The NFL Network reported Newton’s hand hit a teammate’s helmet after one of his throws and he suffered a bone bruise. That seemed to be the case as the quarterback exited the next drill to check in with the team medical staff.

Newton never left practice, which suggested the injury wasn’t serious. However, it has made him miss all practices this week. If he sits out next week’s minicamp, Newton will have missed seven practices due to the hand injury. That would leave more reps for quarterbacks Mac Jones, Jarrett Stidham and Brian Hoyer

Belichick was asked how the team would divvy up the quarterback reps with Newton absent.

“It just gives everybody more opportunity,” Belichick said. “A lot of drills we did were two-spot drills so that was two and two when you had four (quarterbacks). When it’s a two-spot drill and you have three (players), there’s one person in one spot and two in the other spot. Josh (McDaniels) does a good job of working that out and depending on what we’re doing and what each individual players needs and so forth of trying to get the right amount of work to the guys – however it breaks down.

“Josh does a great job of getting everybody prepared and that can come in a variety of ways from meetings to walkthroughs to practice reps to how he splits them up in individual drills and so forth. There’s a lot of different opportunities.”