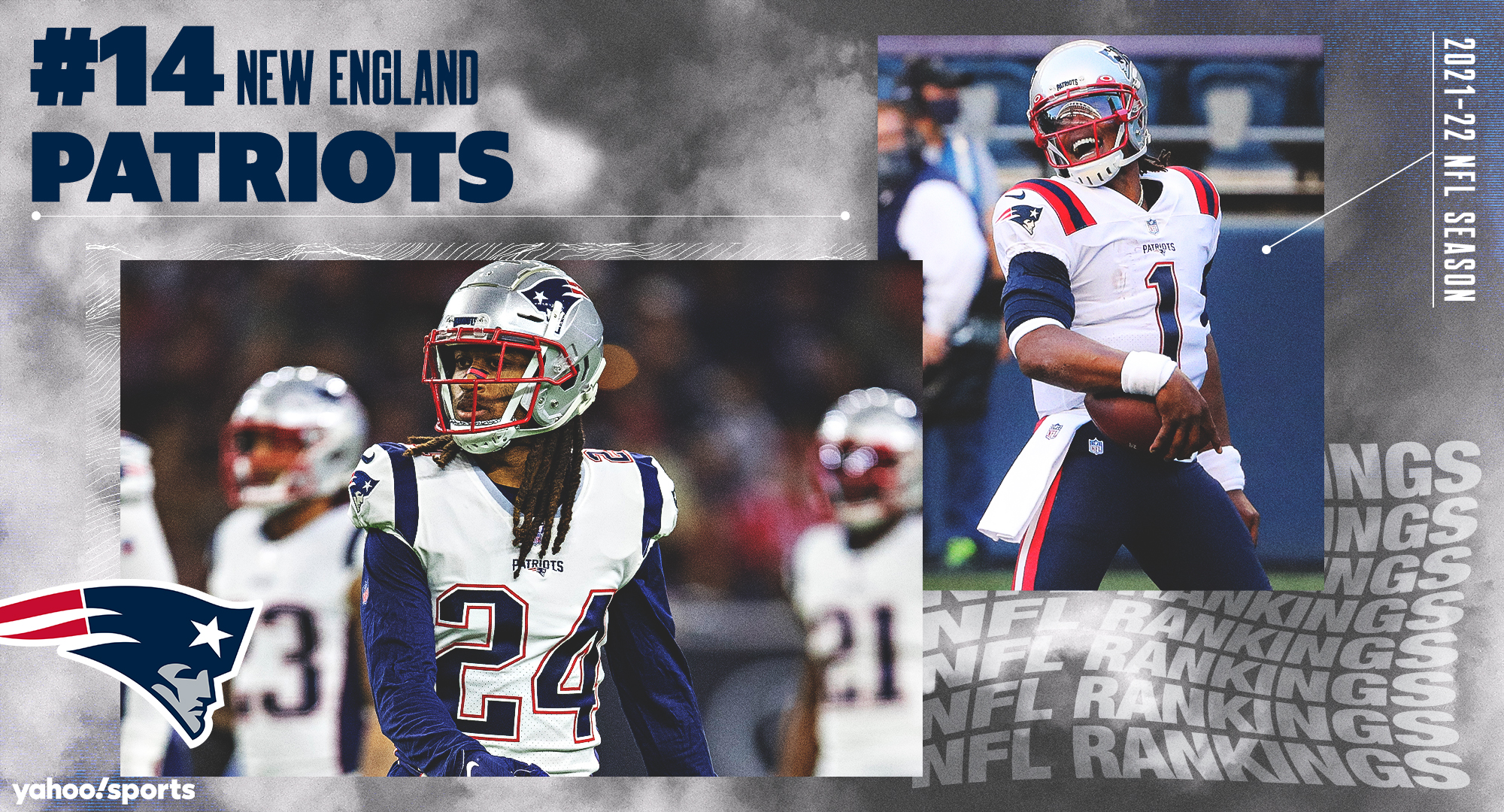 Bill Belichick couldn’t have had a happy 2020 season.

For the first time since 2000, the New England Patriots didn’t have a winning record. There’s no shame in one losing season every couple decades. If anything, the Patriots did well to get to 7-9 with the deficiencies on the roster.

But the Patriots’ story can’t be told without including what happened with the Tampa Bay Buccaneers. There was a lot said about the Tom Brady-Patriots split, but it seems fair to assume a soured relationship with Belichick had something to do with it. Brady and the Patriots parted ways and Brady joined the Bucs. The Patriots had their first losing season since the year before Brady took over as starting QB. Brady won a Super Bowl in Tampa.

There’s about a zero percent chance we’ll ever find out how Belichick felt watching Brady win a title in his first year away from the Patriots. We can probably imagine, though.

In March, the Patriots inked contracts worth a total of $230 million with their top eight free-agent additions. They spent $159.6 million in guaranteed money on free agents, a record for one offseason according to ESPN Stats and Info.

Maybe it was just time to replenish the roster after a down year. Perhaps the Patriots, given ample cap room without Brady, happened to like many players in the class and decided it was time to spend. It’s also very easy to believe a narrative that Belichick was on tilt after posting a losing record and then watching his longtime quarterback — who, by all accounts, he didn’t try all that hard to retain for 2020 — go and win a Super Bowl right away. And he reacted by spending more money than any team has ever spent in a single offseason.

Whatever led to the record spending spree, the Patriots added a lot of talent. Linebacker Matt Judon is a good fit for the defense. It was odd to sign tight ends Hunter Henry and Jonnu Smith, but they’re both dangerous and offensive coordinator Josh McDaniels will get creative with them. Safety Jalen Mills helps the back end of the defense and receivers Nelson Agholor and Kendrick Bourne give the Patriots a much-needed boost in the passing game. Defensive tackle Davon Godchaux and linebacker Kyle Van Noy, who returns to the Patriots after a stint with the Dolphins, bolster the defense.

The Patriots were short on talent last season. They were the NFL team hit hardest by opt-outs for the 2020 season. Brady wasn’t around to cover up holes in the roster, and the dropoff at quarterback was severe. And still, Belichick had the team at 6-6 after a 45-0 win over the Los Angeles Chargers. Then came a three-game losing streak in which the offense scored a combined 24 points. It was surprising the Patriots were in playoff contention with such a thin roster, but they were eventually going to be exposed.

No matter how great Belichick is, he needs players. There is still work to do, especially at quarterback. But the Patriots are in a lot better shape than a year ago.

Brady’s Super Bowl is a huge plus for his legacy, not that he needed it after winning six titles with the Patriots. Belichick wasn’t going to be passive looking for his post-Brady success. He now trails in the race.

For all the Patriots added, it’s worth noting that they did lose top guard Joe Thuney on a five-year, $80 million deal to the Chiefs. That’s a significant loss. But the free agent additions, and the trade for tackle Trent Brown, were eye-opening. Some of the signings can be questioned — the Patriots are going to have to figure out ways to employ both tight ends, Nelson Agholor might have been an overpay after one good Raiders season, they might need more pass-rush pop from Matt Judon to justify a four-year, $54.5 million deal — but clearly the Patriots roster is better. Most experts liked the Patriots’ draft class, which includes quarterback Mac Jones, defensive tackle Christian Barmore and edge rusher Ronnie Perkins. It will be fun to see how the splashy moves all work out.

Cam Newton seemed like a smart signing by the Patriots last year, though it was risky. Most would say the Patriots lost that bet, though the Patriots signed up for another year. Newton started 15 games and threw for 2,657 yards, eight touchdowns and 10 interceptions. Those are bad numbers in any era, and shockingly low for 2020. Newton, who had arm issues late in his Panthers career, seemed to have hit the wall as a passer. Yet, the Patriots brought him back on another one-year deal. Clearly they’re fine being a ground-and-pound team letting Newton run it a lot, or believe he’ll be a better passer after an upgrade at tight end and receiver. New England drafted Mac Jones in the first round, and he seems like a good fit for New England. It’s hard to say what New England’s timetable will be for Jones to start, because a Bill Belichick-led team has never drafted a quarterback in the first round before. It would make sense to get Jones on the field soon considering their quarterback had eight passing touchdowns in 15 games last season, but it’s typically hard to predict what Belichick will do. One way or another, it doesn’t look like a great situation.

The Patriots’ win total at BetMGM is 9.5. It’s hard to bet against Bill Belichick. Even last season, when the Patriots had no business being in playoff contention, they were 6-6 before finally running out of gas. The roster is much better this season. I’m not excited for the over, due to a bad quarterback situation, but I’ll lean that way. Belichick is the best coach ever and he has a lot more talent to work with.

From Yahoo’s Scott Pianowski: “The Patriots have an ordinary collection of skill talent, but Damien Harris could be useful as the featured runner. Harris outplayed Sony Michel last year, and at one point had double-digit carries in eight straight games. And if you need proof on how the Patriots feel about Michel, consider they didn’t pick up his fifth-year option. There’s no guarantee Michel will be on the opening day roster.

“Harris is hardly used in the passing game, but he’ll probably lead this team in carries, and there is some sneaky touchdown upside if Cam Newton doesn’t start the entire season. Harris also earned Bill Belichick praise in mid-July, and Belichick is not a coach who is loose with compliments. Harris is currently RB33 off the board in Yahoo leagues, a reasonable price.”

The Patriots had eight opt-outs for the 2020 season due to COVID-19, the most of any team in the NFL. Many of the players were key contributors. Five of those players are no longer with the Patriots, including retiring safety Patrick Chung, but three are expected back: linebacker Dont’a Hightower, running back Brandon Bolden and tight end Matt LaCosse. LaCosse won’t play a big role even if he makes the 53-man roster, but the other two will help. Hightower is a star on the defense and Bolden is the kind of versatile running back that the Patriots get the most out of, particularly on special teams. Not enough was made of the Patriots losing so many contributors shortly before the season. It was one reason they struggled, and getting some of those players back will be a plus.

What will happen with the Stephon Gilmore situation?

The biggest issue with the Patriots before training camp is cornerback Stephon Gilmore’s dissatisfaction with his contract. Gilmore, the 2019 NFL defensive player of the year, is entering the final year of his contract and is slated to make a $7 million base salary. For a corner of his caliber, he’s underpaid. Gilmore skipped mandatory minicamp and there is speculation he could be traded.

“I just want what I’m worth, however that plays out,” Gilmore told NFL reporter Josina Anderson.

The Patriots have always operated as if no single player is irreplaceable. If Tom Brady wasn’t a Patriot for life, nobody is sacred. But Gilmore is one of the best at his position and the Patriots wouldn’t be as good without him. It’s a situation that needs to be watched closely.

For the first time in almost 20 years, a Super Bowl championship doesn’t seem to be a realistic goal for the Patriots. The Patriots have the 15th best odds to win the Super Bowl at BetMGM, at +3500. It’s hard to count out any Bill Belichick team, but a Super Bowl for this one would be very surprising. That said, a return to the playoffs is a realistic goal, and winning the AFC East is possible if all the Pats’ new pieces fit right. That’s probably the Patriots’ ceiling until the quarterback situation gets figured out. That’s the reality for many NFL teams, just not the Patriots since 2001.

We have probably seen the floor for the Patriots. With a stripped-down roster, New England managed to go 7-9. It’s hard to imagine they’ll be worse after all the talent added over the offseason. It would still be disappointing to miss the playoffs for a second straight season, and that’s in play for the Patriots. No matter the team’s record, it could look ugly. The Patriots might have to play a 1970s grind-it-out style out of necessity with Cam Newton and running back Damien Harris if Newton struggles again to throw the ball and Mac Jones isn’t ready. And if neither Newton or Jones look good, the Patriots will be on a search for a quarterback again. There are many franchises that can explain to the Patriots how frustrating the quarterback merry-go-round can be.

We were reminded last season that Bill Belichick can squeeze the most out of any roster. It’s probably fair to say no other coaching staff could have gotten the 2020 Patriots to 7-9. I think New England will be much better with its upgraded roster. New England probably won’t have the offensive punch to pass the Bills for the AFC East title, but 10 wins and a wild-card berth seems about right. The Patriots will have to get used to that being a reasonable season in their post-Tom Brady universe.