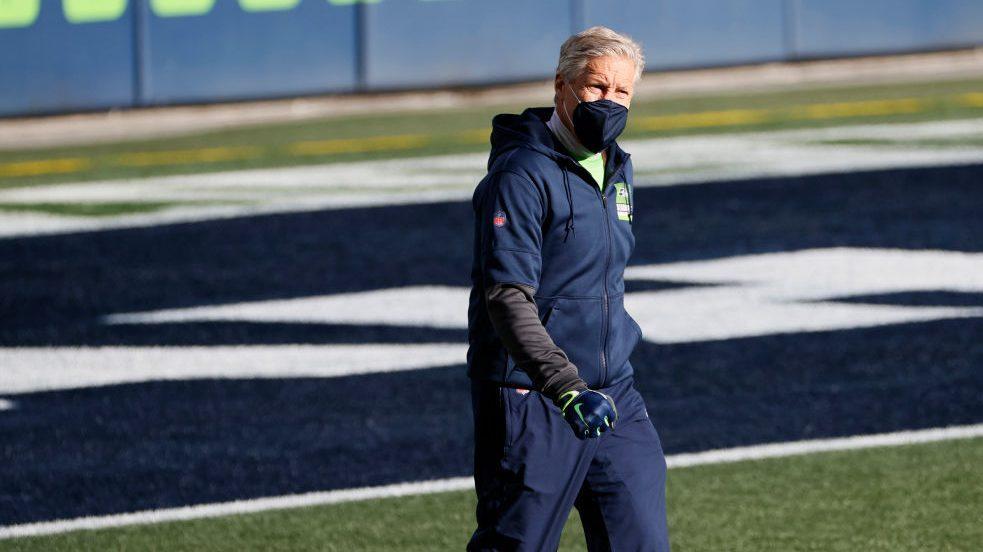 The rookie mini-camp held by the Seattle Seahawks was the first chance for head coach Pete Carroll to work through practices with the team’s new offensive coordinator Shane Waldron.

Waldron was hired in January to replace Brian Schottenheimer, who exited the role after three seasons with the team as Carroll cited philosophical differences in how to move the offense forward.

Carroll spoke about the things Waldron brings to the table with his offensive approach that appealed to him in the interview process.

“It’s very intricate and very precise,” Carroll said. “It’s beautifully thought out. It’s got such a complementary makeup to it, that’s why I fell in love with what he was bringing. It really makes sense. It’s really smart. Our guys have to work really hard at the discipline to execute it in the right manner. There’s a lot of terminology. It won’t look as much different as it sounds to us because the system that we’re putting in to make sure that we can utilize all of the variations and the complements that are packed in here. It’s not a simple offense at all.”

As when the team moved from Darrell Bevell to Schottenheimer after the 2017 season, there is a large chunk of playbook that Russell Wilson is successful with that will carry over into the scheme. But there’s a reason Carroll wanted to shake things up on offense after the unit cratered in production the second half of last season.

Carroll has had to watch and try to stop the offensive attack Waldron was previously a part of while he served as the passing game coordinator under Sean McVay with the Los Angeles Rams. The change in coordinator, the signing of tight end Gerald Everett from the Rams, and the selection of wide receiver D’Wayne Eskridge in the second round of the NFL Draft are a part of the measures the Seahawks have taken to solve their second half woes from a year ago.