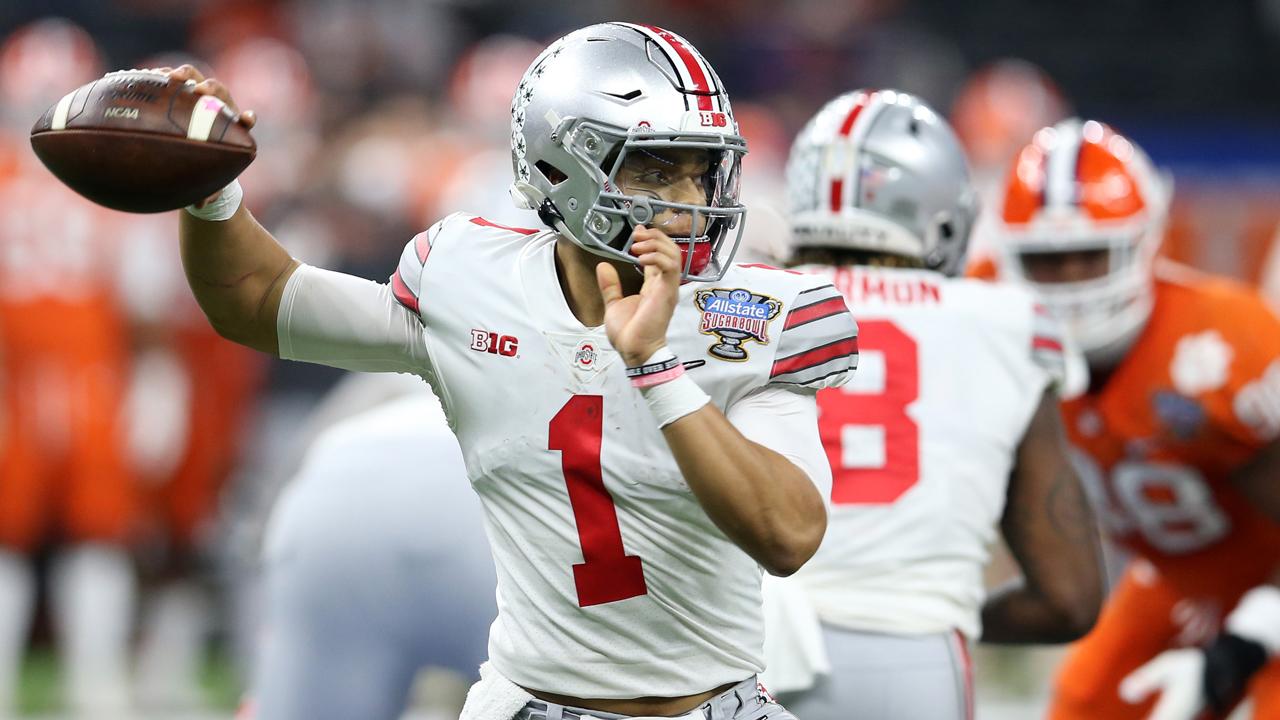 When trying to parse the quality group of college quarterbacks available in the 2021 NFL Draft, there are several key storylines that keep popping up.

Trevor Lawrence seems locked in to the No. 1 spot. Zach Wilson appears the favorite to be the No. 2 pick despite playing less-than-stellar competition at BYU. Trey Lance? Only one full season of tape to evaluate. Mac Jones? He’s a winner but the tools might not translate to the NFL.

Then there’s Justin Fields, who has the athleticism, the stats and the measurables, but is trying to buck the trend of failed Ohio State quarterbacks. There is also a pre-draft storyline emerging through reporters and scouts painting Fields as a one-read quarterback, though Pro Football Focus’ numbers say otherwise.

According to these stats, Fields has actually been the best in college football when it comes to making throws to secondary reads over the past two seasons.

Fields figures to be one of the top options the 49ers are evaluating with the No. 3 overall pick in the upcoming draft, along with Wilson, Lance and Jones.

But a scout recently told The Athletic’s Ted Nguyen, that Fields, “definitely needs to work on his drop and moving through progressions, but his speed and arm talent are almost fail-proof since he doesn’t have any bad character issues. High floor, you know what you’re getting. Fields is almost oversaturated and you’re looking for flaws.”

This is what makes the draft so unpredictable. Talent evaluators have different takes on the same players.

RELATED: Why Kiper ranks Fields ahead of Wilson

Fields did just about everything he could have during his college career except win a national championship, falling short to Jones and Alabama, 52-24, in January’s College Football Playoff title game.

He’s 6-foot-3, 227 pounds, ran a blazing 40 time, had a 63-to-9 touchdown-to-interception ratio and led the Buckeyes to a 20-2 record. These recent numbers from PFF suggest he can handle the pressure of an NFL pocket collapsing around him at the next level, too.

With options like Lawrence, Fields and Wilson available this spring, it’s no wonder why the 49ers bet the farm to move up nine spots to the No. 3 overall pick.