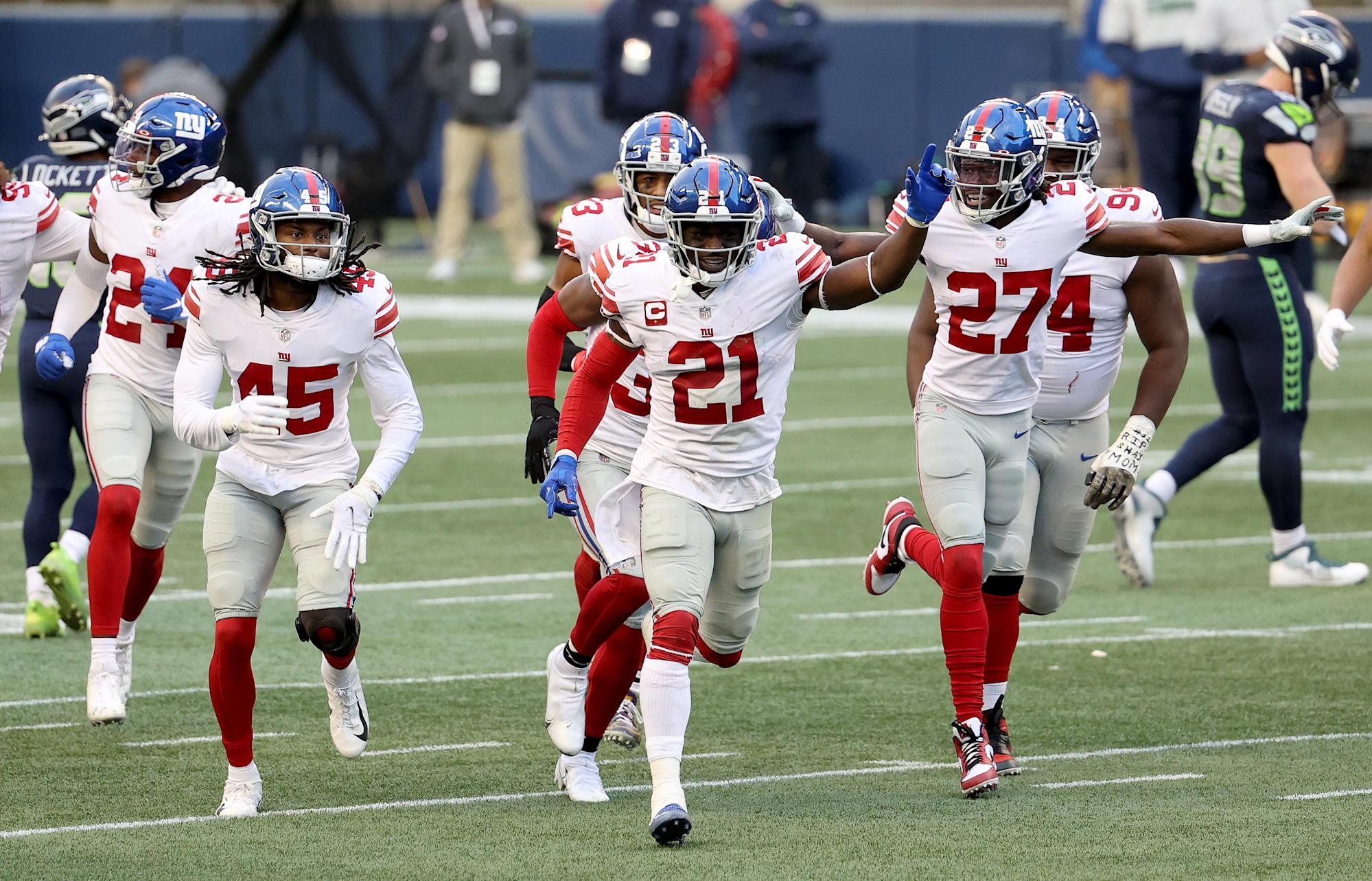 The New York Giants will head into the 2021 regular season with one of the league’s best secondaries — at least on paper. And that’s not a biased statement, either.

Pro Football Focus agrees that the Giants’ secondary is among the best in football, ranking them seventh overall with the arrow still pointing up.

In two years, the Giants have gone from starting Janoris Jenkins and a combination of B.W. Webb and Eli Apple at outside cornerback to a projected James Bradberry–Adoree’ Jackson duo in 2021. Bradberry’s 79.9 coverage grade last season ranked seventh among qualifying cornerbacks in his first year with the Giants. Jackson’s 82.5 mark in 2019 in his last full season of action ranked sixth. The potential is there for this to be one of the best cornerback tandems in the NFL.

Those two — along with a deep safety group that includes Jabrill Peppers, Logan Ryan and Xavier McKinney — give defensive coordinator Patrick Graham a lot to work with on the back end.

The Denver Broncos, who the Giants will face in Week 1 of the regular season, are ranked No. 1 overall, while the Atlanta Falcons are ranked dead-last in the NFL.