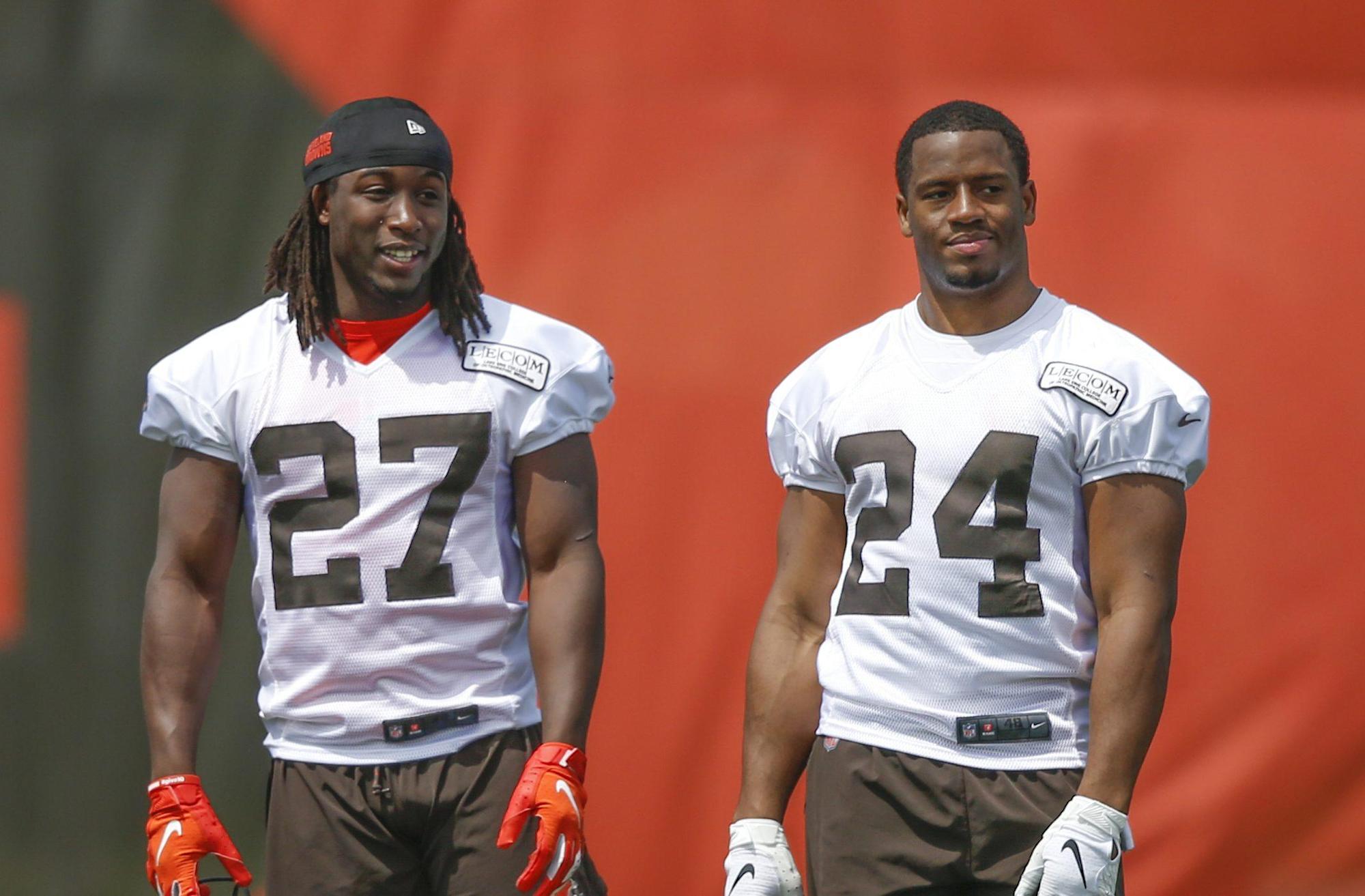 After a successful season in 2020, respect has started to follow the Cleveland Browns. Head coach Kevin Stefanski won Coach of the Year. Power rankings have set the Browns in their top 10 or higher.

Yesterday we shared that Pro Football Focus ranked Baker Mayfield as their tenth best quarterback going into the 2021 season.

The respect continues as PFF not only has ranked Nick Chubb as their fourth-best running back but also Browns backup Kareem Hunt as the league’s tenth-best back going into 2021.

Some may argue that the respect doesn’t go far enough, especially in relation to Chubb. PFF has Derrick Henry, Dalvin Cook and Christian McCaffrey rated above the Browns top back.

What seems to hold back their ranking of Chubb is actually due to the presence of Hunt as they note Chubb’s limited use in the passing game:

There may be no better pure ball carrier in the NFL than Nick Chubb, and only a relative lack of impact in the passing game keeps him as low as No. 4 overall. The Georgia product has the best broken tackle rate in the NFL over the last two seasons, with 124 broken tackles on 488 carries.

Their write-up on Hunt notes the opposite strength:

Hunt may not be quite as good as Chubb as a ball-carrier, but he is a superior receiver and has broken 33 tackles on receptions since the start of 2019.

For the next couple of seasons, the Browns hope to deploy their two backs in ways to keep each fresh and accentuate their talents. As long as the wins continue, it won’t matter which one is excelling in which part of the game.

With Mayfield, Chubb and Hunt, PFF notes that the Browns backfield sits alone in the NFL:

With significant additions to the defense and the return of Odell Beckham Jr., wins and respect seem likely to continue to grow in 2021.